I don’t think there are any other Wainwrights with a map quite like Humphrey Head on the WOTA LDO-116 page: 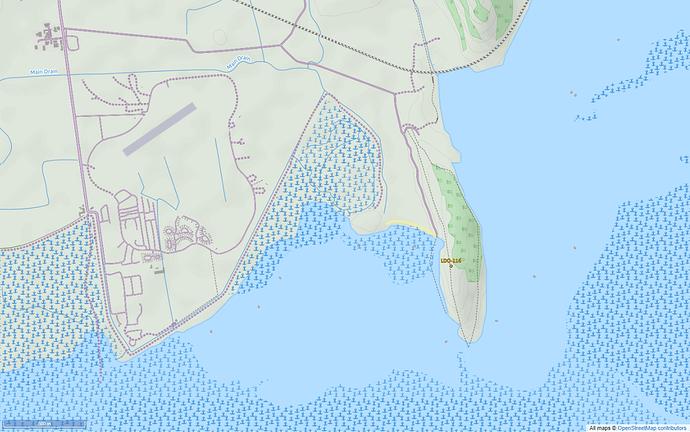 We arrived a little late as we had come enroute from a visit to Unsworth Yard in Cartmel. The Unsworth family own the yard which provides a brewery, fine wine and spirits shop, excellent cheese shop and cafe. This weekend there was live music on and we caught an acoustic guitar artist from Washington State, USA. It is almost directly south to Humphrey Head and we stopped at the ‘natural’ car park at the end of the road - just over the cattle grid. I’d been looking forward to visiting this Wainwright for quite a while and the weather certainly didn’t disappoint today!.

The map shows a path which actually routes through the sea, and after a conversation with a local cyclist who was taking a peaceful break, he confirmed that you can indeed walk to the end of the head and ascend it from the South. On this occasion the timing was wrong and the tide was just on the turn. Brooke enjoyed herself playing in the water until she slipped in - it is very fine, slippy mud. The water was receding at a remarkable rate. I suspect the approach from the South via the low tide channel would be fun - and given it is a quite a short walk - fairly safe, and certainly quite interesting for a family. The cyclist said after a high tide he’d been out in the bay on a tractor nearly 10 miles from the shoreline.

I thought I saw a path up from the car park and the cyclist confirmed that you can get to the top from there. So whilst Brooke tried to dry out Alex and I headed up the path.

This path is particularly steep and muddy - dry when we ascended but it would be treacherous in the wet. There is also a rock section to negotiate towards the top. Having said all this if you are comfortable with a steep ascent it is all over in a matter of a few minutes when you break out onto the grassland on the West side of the summit. There is a fence which runs to the West - we tracked south until we found a gate. This was shut with a bolt. You can see the benchmark, so we hopped over the gate to start the activation from there. 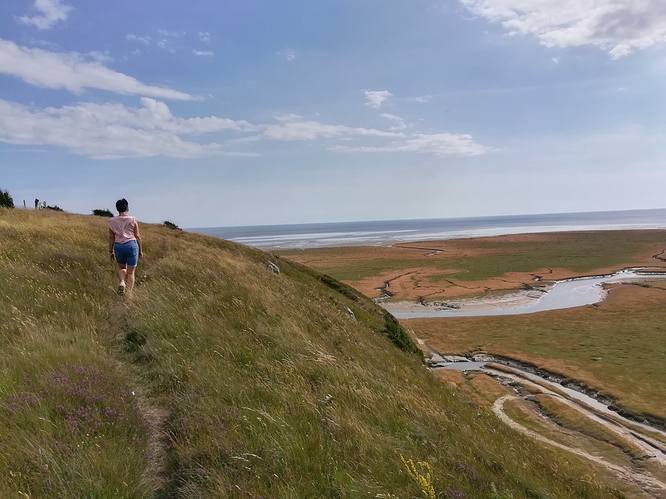 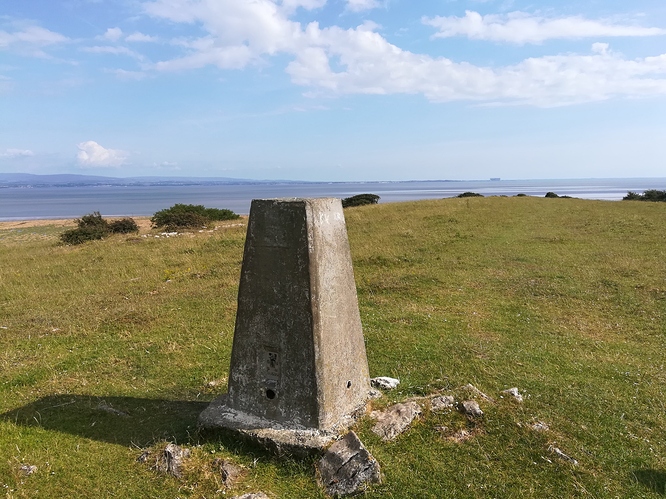 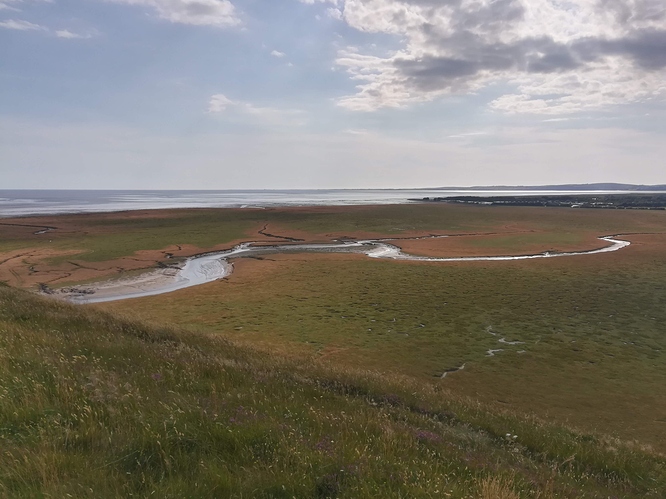 The activation started with Sue G1OHH in the log, almost immediately answering my CQ call.
Next was Chris 2E0MOW, using his handheld with a Slim-G in his garden in the Poulton area.
Douggie was a strong 59, calling from home in Morecambe, then Russell M3LCZ/P at Jubilee Towers in the Lancaster Area. Next was G7VQU, Ian in Chorley - I was fairly weak with him 33 and he was coming in at 53. Finally Stuart 2E0ROT/P had just turned his handheld on whilst packing up from a weekend away in the Lake District, before heading back to Glasgow Port, Scotland.

A very pleasant visit, with warm winds. Cark airfield was active throughout with parachute drops. The views are surprisingly good, not just to the south, but with clear views to northerly and westerly fells.

Thanks to all the chasers. Mark.