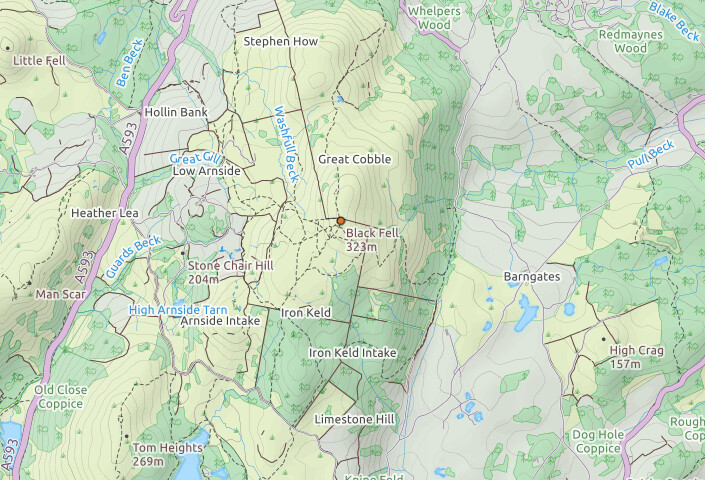 Decided to take my HF gear up Black Fell yesterday evening as weather conditions looked good. I would have done a VHF activation, but once again hadn’t packed an antenna for the FT-817, and this time with using the HF dipole instead of the Super Antenna MP1, I couldn’t even use the whip on that. Apologies!

I spotted myself on the HEMA system and had a nice few chats with both HEMA chasers and those looking for either the WAB square or the Trig point reference.

I shared the summit with a couple taking photos and a lad who had arrived on a trials bike. 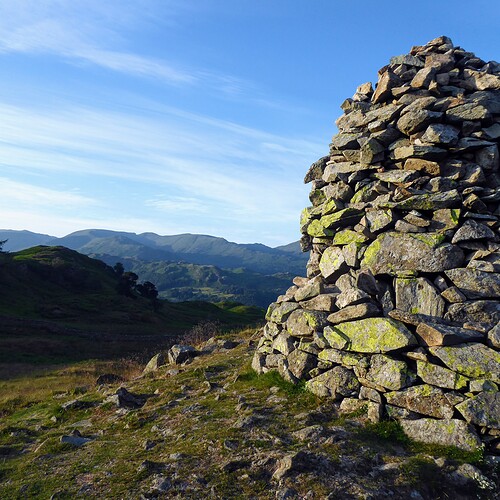 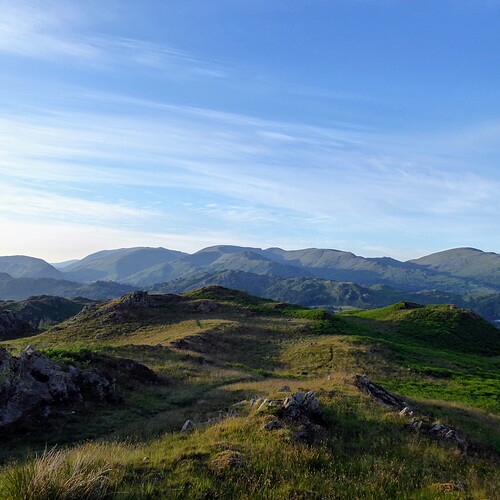 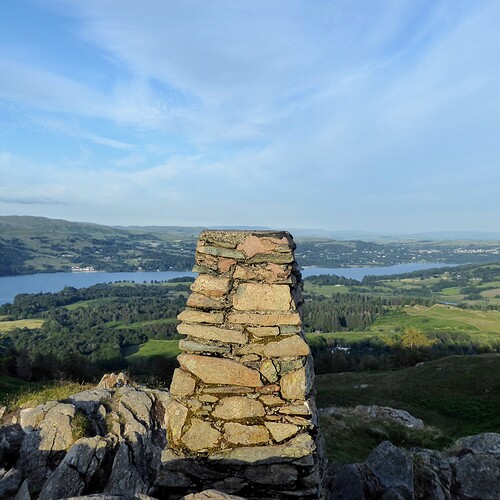 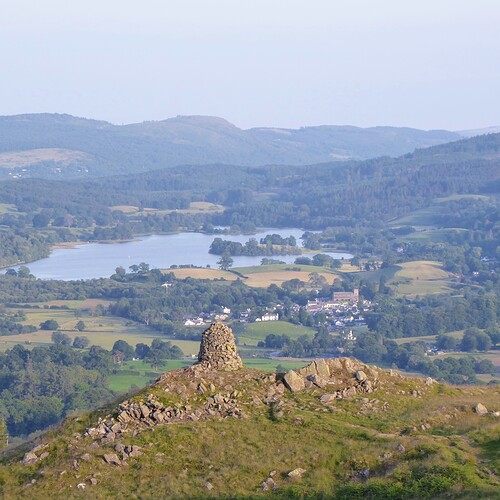 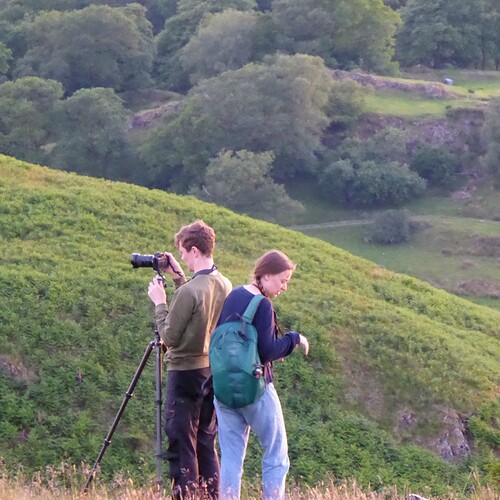 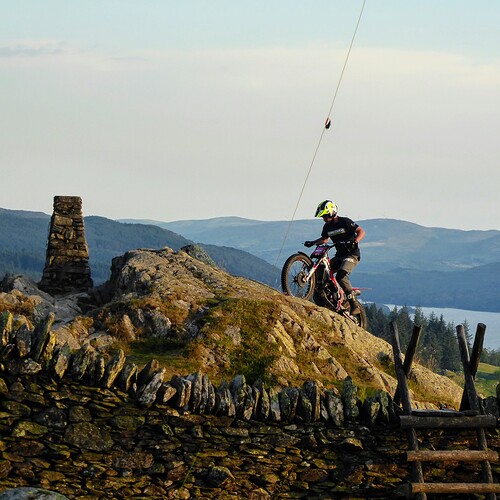 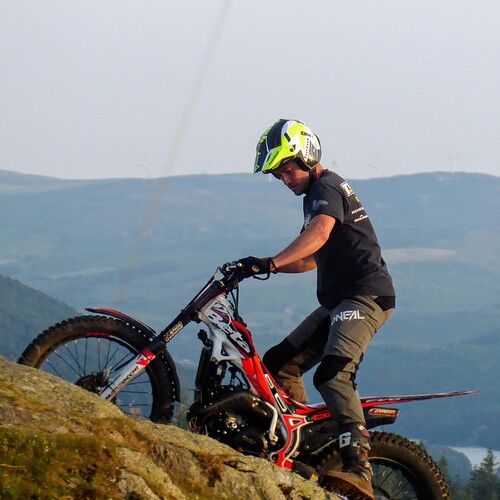 I was surprised to be doing as well as I was on 80m with only 25 watts, but I seemed to be cutting through the noise with most folk, only one contact was marginal.

40m wasn’t working as well, but I did manage one contact. Moving to 20m I was hoping it would be opening up and through scanning the band found that there was definitely a path to South America, and I could also hear some American stations. In the end I did quite well, mostly via search and pounce (Chile and Argentina) but I did call CQ for a while on a fresh battery and was very pleasantly surprised by two stations that responded: Frankie VP2MNI in Monserat and A41NN Mohammed in Oman, very nice!

After a quick QSO with W1ABW I had a lovely long chat with Andrew 9H1TT in Malta. I saw from his QRZ.com page that he was an airline pilot, and as I know something of the state of the industry, and the impact on pilots, he was very happy to discuss the subject. QRT at about 11pm I was back home around 11:45pm local with a nice head torch descent back to the access point on the road from the Drunken Duck.

I have been working on a piece of software that was initially designed to populate some information in the ADIF file coming from Fast Log Entry, but has since morphed to have the ability to generate Google Earth KML files. I’ve added a prediction of the propagation path for HF signals which is very rudimentary but is already providing insights. 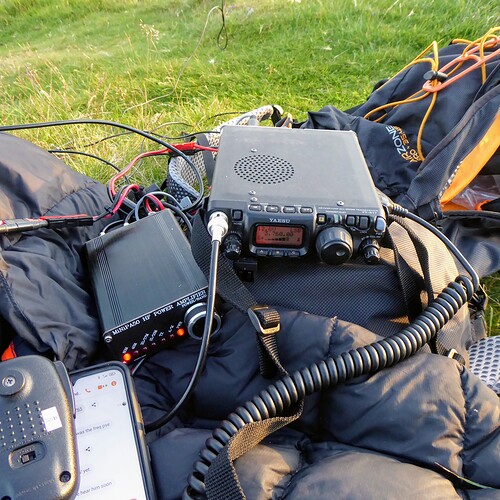 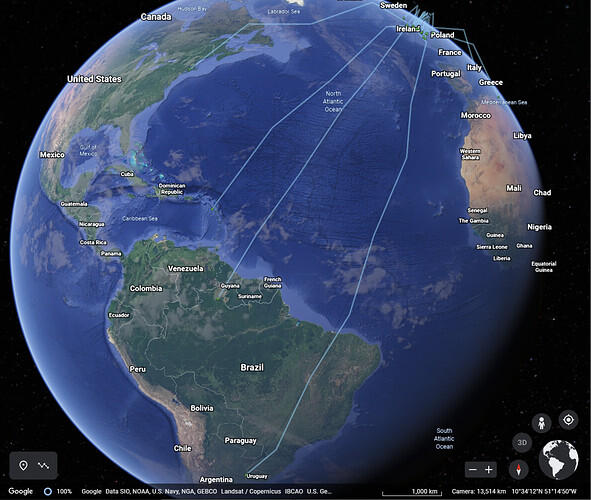 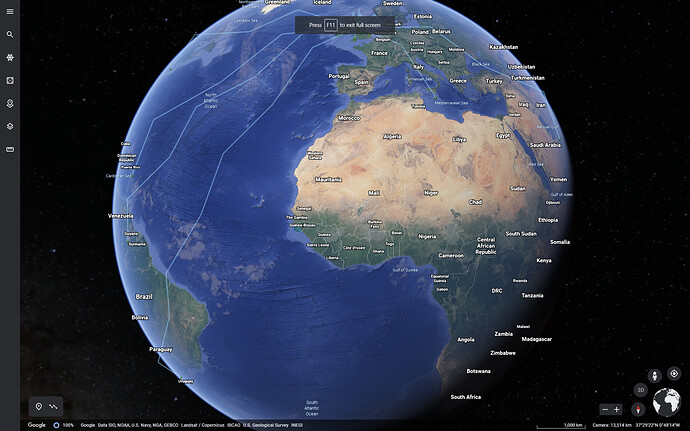 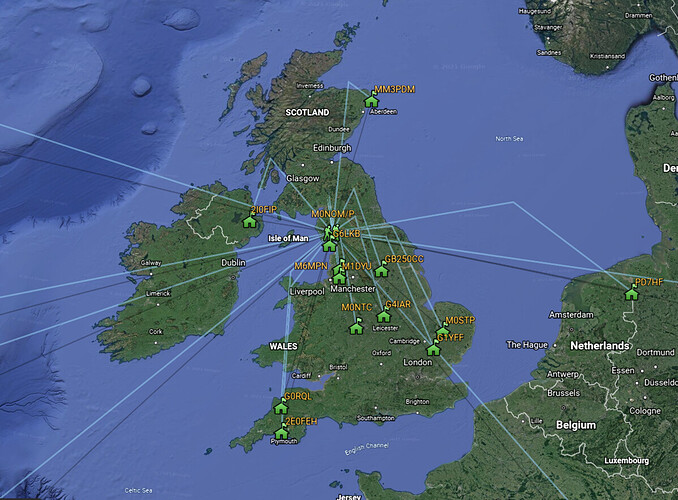 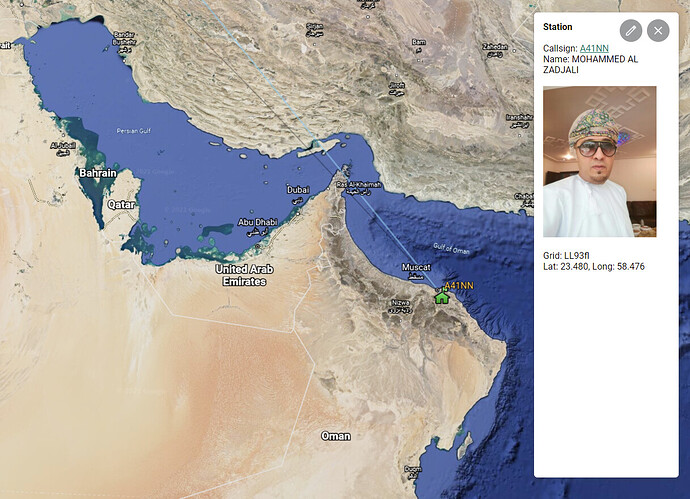 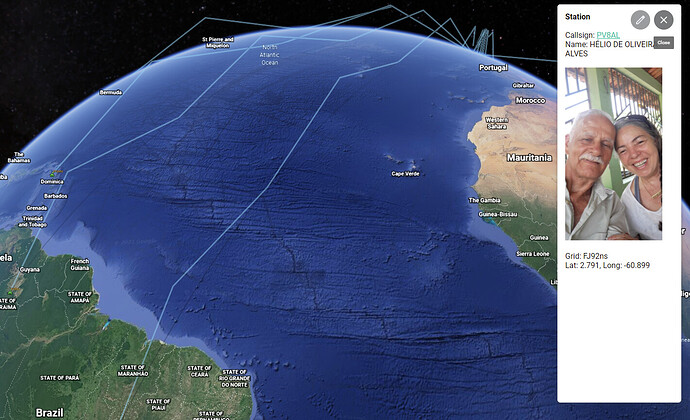 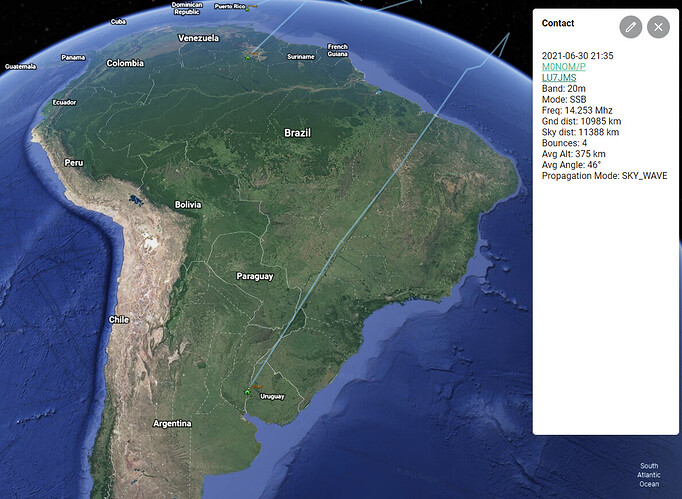 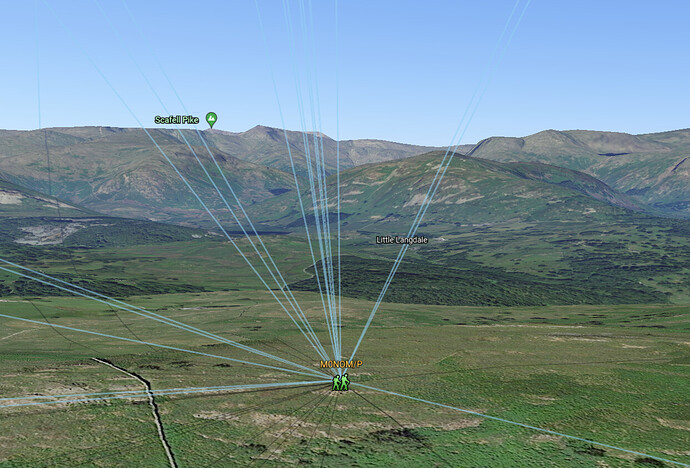 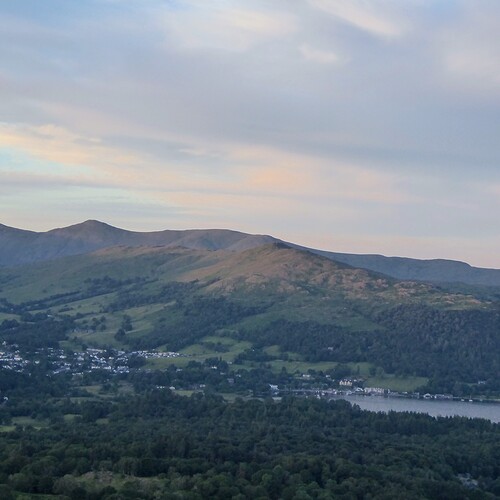 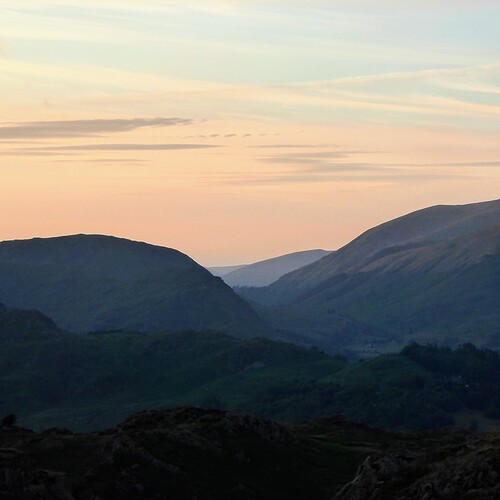 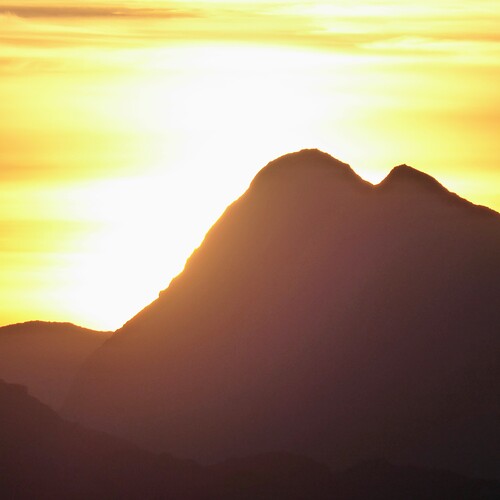 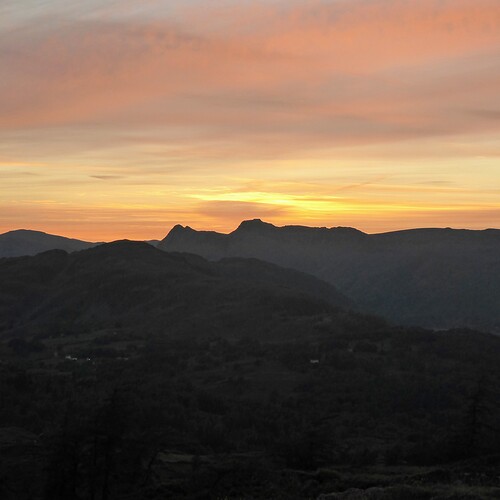 Hi Reg. The panoramas come from one of two places: the android phone app has a panorama mode, you hold the phone vertically and scan across. Or I take a series of photos with some overlap and upload to Google Photos, and at some point it works out it can make a panorama out of them and stitches them together.

I’ve just managed to do the CSV logging and paste some links - feeling smug - then all this - I don’t know where to start with it all - they look fantastic. Cheers for the report.

When I have finished the tool it will be made available to all and fully supports the following amateur radio programs: WOTA, SOTA, HEMA and Parks on the Air.

Once it is complete I will also implement an ADIF import facility for the WOTA website. When I started out with the SOTA CSV import route I didn’t really understand ADIF enough, but I’m there now and it will probably make it even more accessible.