After four years of operating radio on hills I finally made it to the highest peak in the Lakes, Scafell Pike which is both a WOTA summit LDW-001 and SOTA summit G/LD-001. 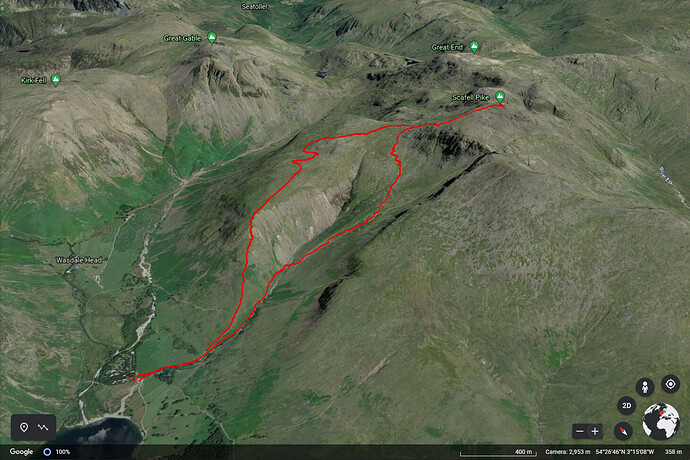 Routes up Scafell vary, including the Corridor route from Sty Head, the main path up from Wasdale End and the path I chose based on the start of Phil’s route via Lingmell.

After dropping my daughter off at school in Kendal I took the coast road from Kendal South via Greenod eventually arriving at Santon Bridge where the run into the Wasdale valley starts.

I knew the forecast was for a dry day but the cloud base was clearly sitting around 300m based on the initial view up the valley. 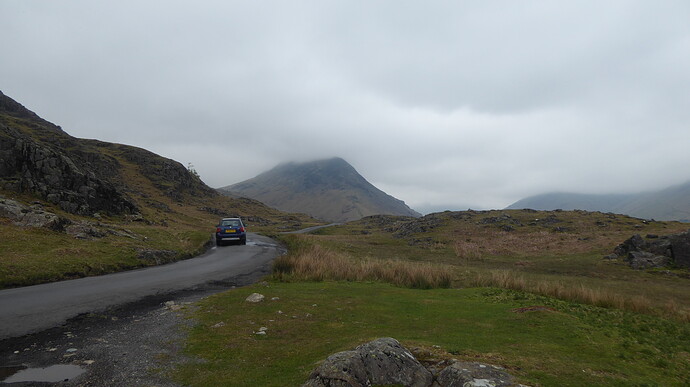 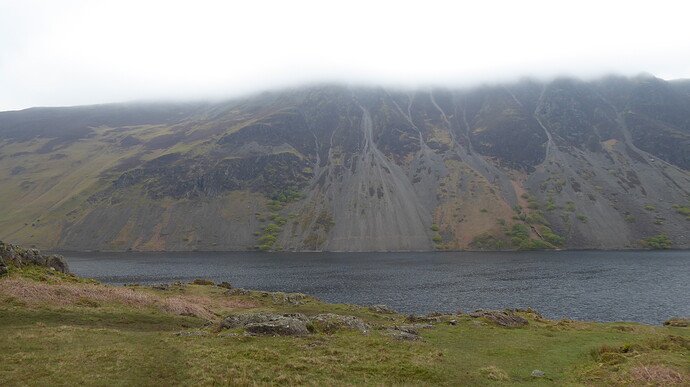 I parked at the National Trust car park which is currently £7 per day. 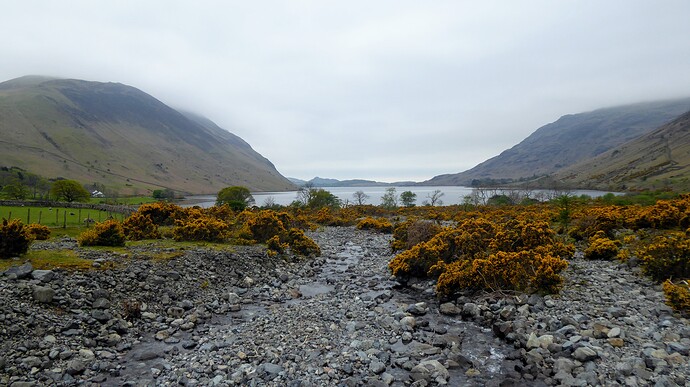 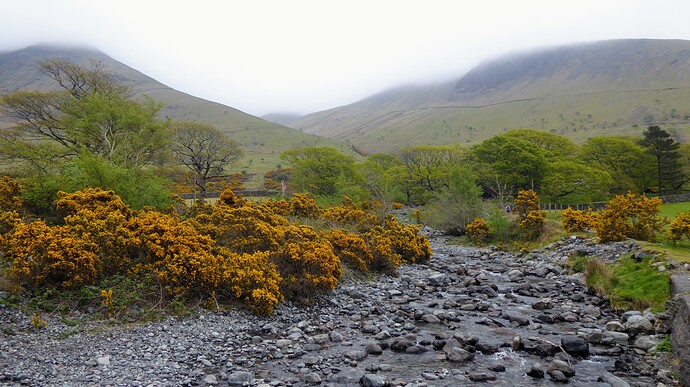 I took note of Phil’s blog point about missing the initial path onto Lingmell so made sure to check the OS map on my phone to get on the right track. The path up Lingmell is fairly punishing but you definitely ascend quicker than the main path to Scafell via Lingmell Gill. I hit the cloud line within around 45 mins and I wasn’t then to see any views until the descent from Scafell Pike. I did a bit of zig-zagging as I approached the summit of Lingmell to avoid the steep scree slopes to the East. The path takes you around to the North. 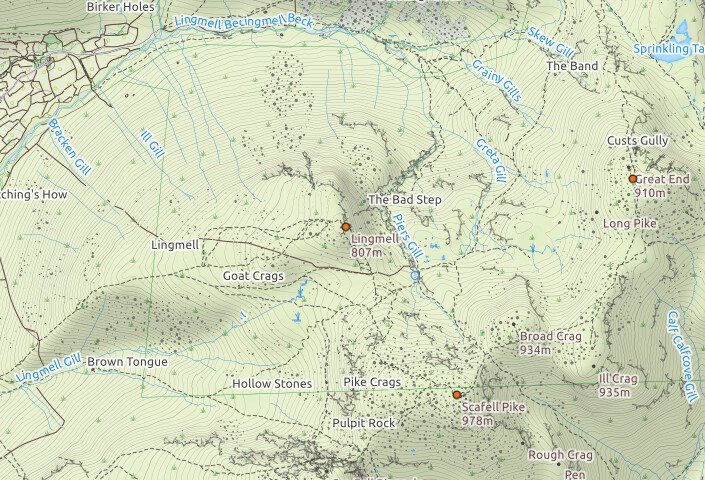 Take-off to the South is clearly limited by Scafell Pike and this panned out with the range of contacts I got here. I was using the FT1XD with a copy RH-7700 telescopic whip.

I was listening to Chris M0KPW working several stations from his location on Whitfell and it was good to get a S2S with him from Lingmell. He said he’d try and hang around to get the chaser points from Scarfell Pike.

The traverse to pick up the corridor route path to Scafell via Lingmell Coll was straightforward (even in the mist). At this point you’re into a scree/rock path which gets progressively more boulder ridden, until you hit the summit which is an extraordinary boulder field, I commented to one fellow walker ‘how does this happen’ - his one word reply summed it all up: ice. Still no views, surrounded by mist! 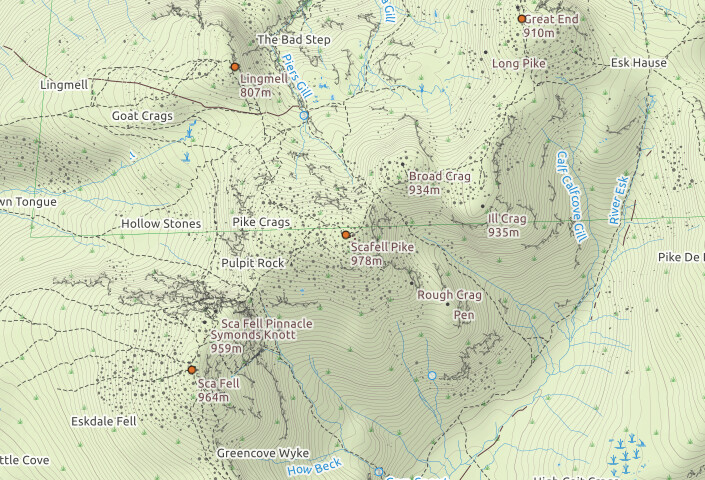 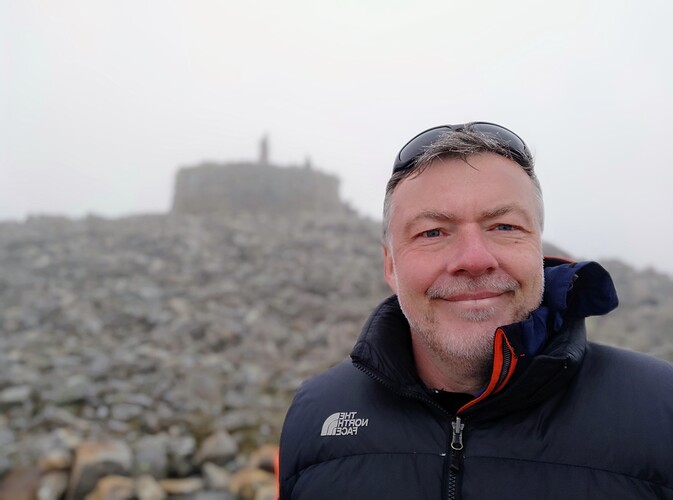 I wasn’t sure about the size of the summit, so ruled out taking the 80m dipole, and actually skip distance on 40m the day before was very short, so didn’t feel like I was necessarily ruling out chases but missing that band. By taking the Super Antenna MP1 I also guaranteed the ability of working the higher frequency HF bands, and as it happens but the end of the activation I had contacts on 40m, 20m, 17m, 12m, 10m, 6m and 2m!

First off I worked Chris and Nick who were still on Whitfell but getting cold.

10m especially was wall-to-wall with operators making the most of the band opening, with many SSB and FM stations to be heard. My compromised setup of low-profile tripod and 5w meant I wasn’t able to work many that I had heard. Mike 2E0YYY on the HEMA summit Overmoor G/HSB-021 was taking full advantage of the opening with his Antron 11 CB antenna which also works well on 20m, and I managed an SSB QSO with him although it was hard work at his end. Also of note was getting two separate S2S from Matthew M0MZB/P who started on Fairfield and had arrived at Red Screes before I’d finished. I also worked G5ZX/P on Stony Cove Pike and great to get a short-skip 40m QSO with Allan GW4VPX/P on a mid-wales summit.

In the end I started to get cold, even though it wasn’t wet and the wind was light and I had two jackets and a puffer over the top. It gets you in the end! 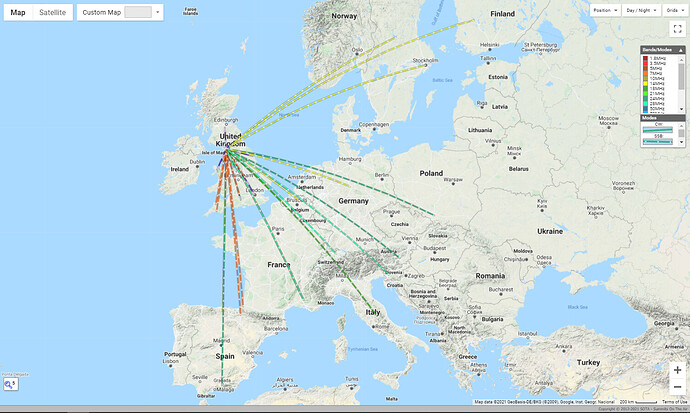 On the descent I was only around 50m below the summit when the cloud was clearly opening up and by 100m below I was getting increasingly good views, a blessing as it would have been pretty miserable to get nothing! 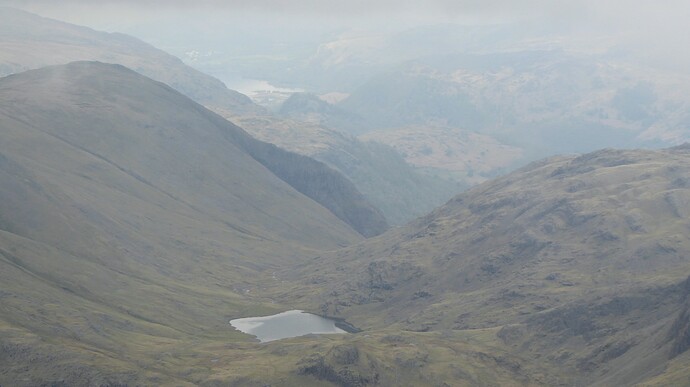 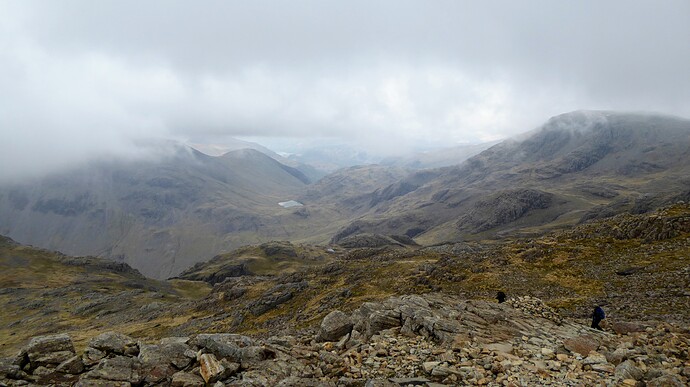 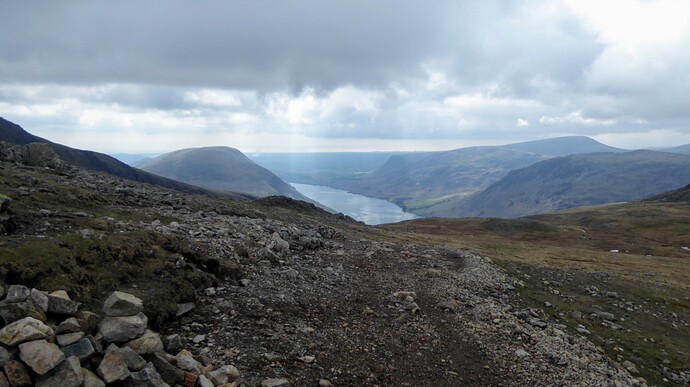 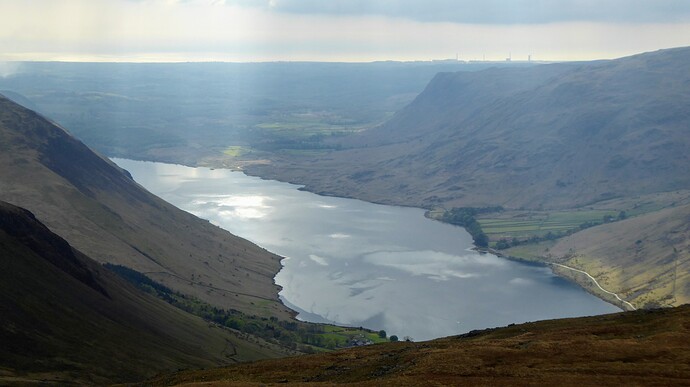 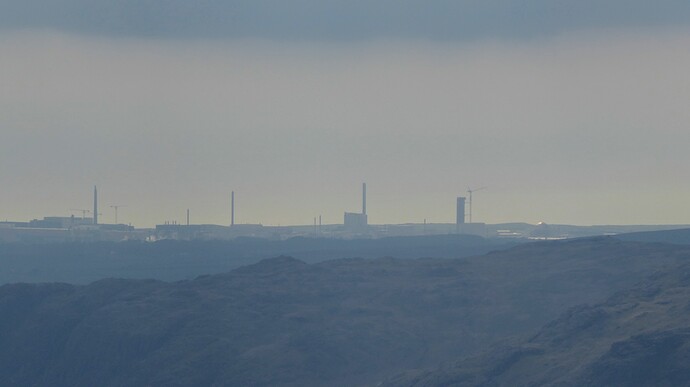 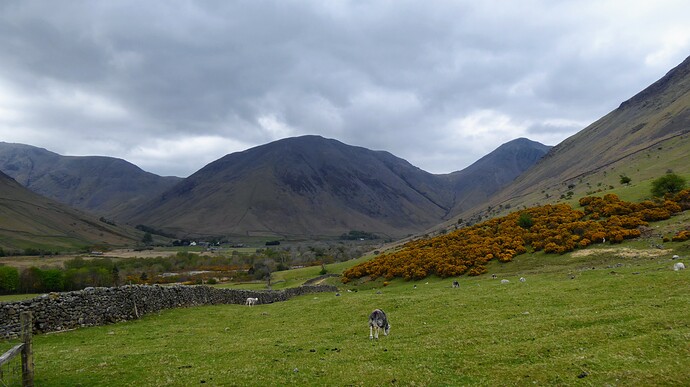 I decided to return via Hard Knott and Wrynose - I definitely would not want to tackle those in the wet. As it was you have to really judge a few of the worse corners well, and trust in the machinery! 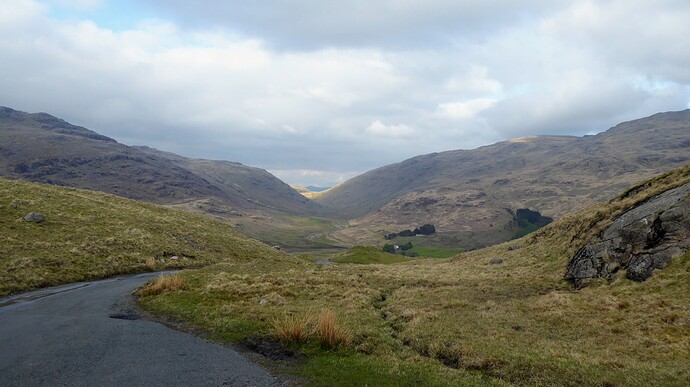 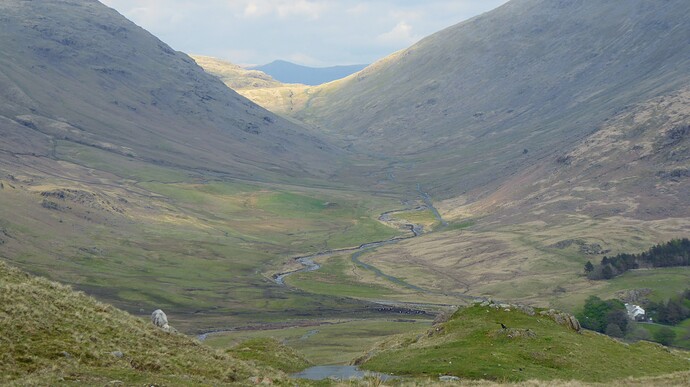 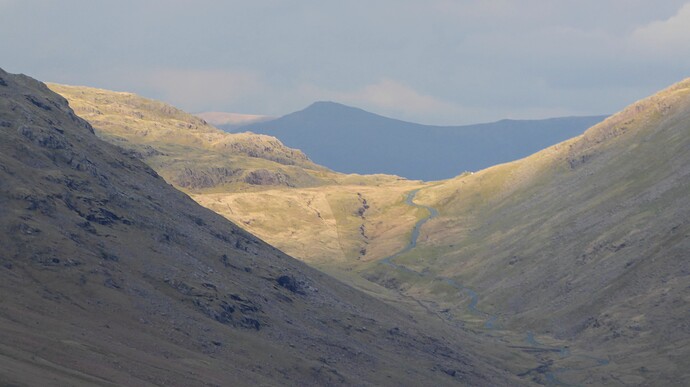 Many thanks to the chasers, and those operating from the fells for S2S.

It was good tor track you on APRS on your way to the summit of Lingmell. Great pictures to. It is alot of years since i have been on Scafell Pike so it is still to do for SOTS/WOTA.

Thanks for both summits and look forward to working you soon.

It was good tor track you on APRS on your way to the summit of Lingmell.

I noticed on the FT1XD that I had a direct APRS ping from you Geoff. I will have to take a look on the handset to see who I got from that lofty walk.

Legs are aching today, but will be back out tomorrow.

I will have to take a look on the handset to see who I got from that lofty walk.

This is the station list as recorded in my handset, transposed from the APRS screens:

Some more info from aprs.fi: 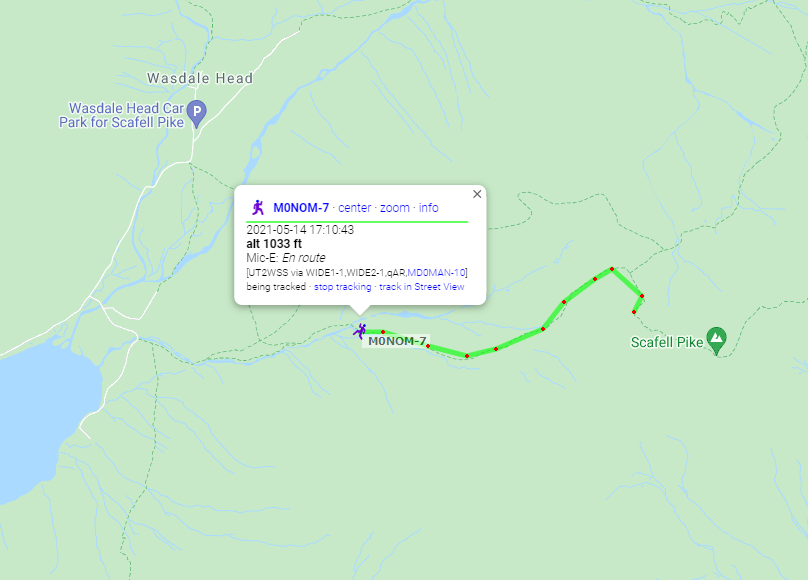 It would appear most of the tracking was via MD0MAN-10 in Douglas on the Isle of Man, which makes sense based on the good propagation in that direction. 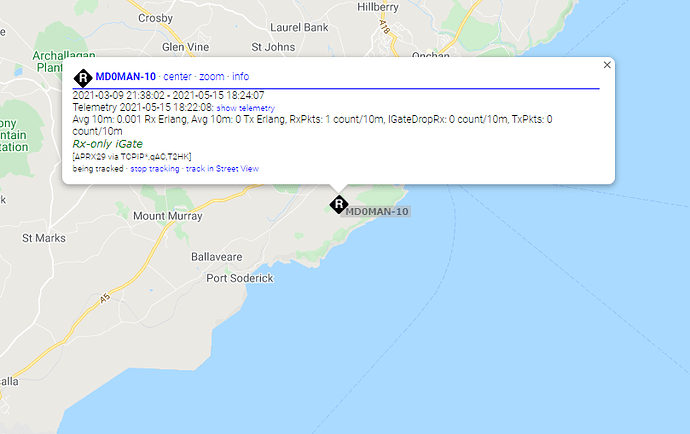 I have to confess I know only the basics about APRS! Presumably stations which aren’t internet enabled wouldn’t make this list?

Hi Mark nice activation and good you did get some views…I listened on 2m and searched for you on the hf bands but nothing. Then looked on aprs.fi and you were coming down off the summit and I was too late for the party.

Thanks for listening Mike. I had that situation at the end where I’d gotten too cold playing on HF and ended up having to move off when I would have liked to do a final run on VHF. You sometimes just don’t realise how cold you’ve got before it’s too late!

I’m out tomorrow somewhere, not quite the same level but would like to get a few more points before the holiday is over and I’m back to work.