Lucky with the weather at Bigland Barrow 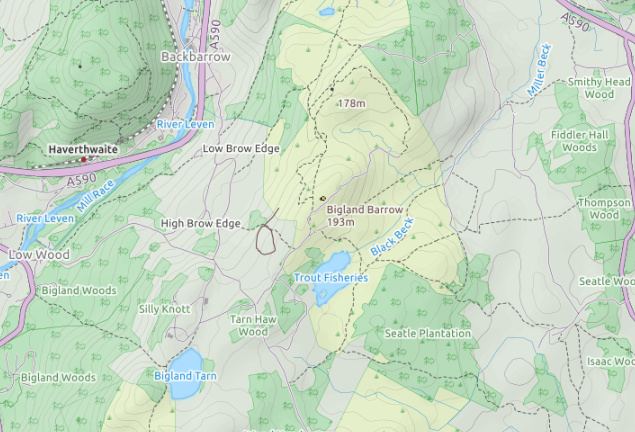 Following in Andy’s footsteps this time we took a visit to Bigland Barrow. We parked tucked into the side of the entrance to Bigland Hall but we got a note on our windscreen so you might want to consider an alternative location.

We walked up the road only around 250 metres before picking up the footpath. This passes an access point for a pipe in the Transco high-pressure gas network. Alex wasn’t particularly impressed by my knowledge from when I worked for British Gas on their gas pipe network modelling system. At one point I would have known what dimension a high-pressure gas network pipe is, and what material it is made of. Actually, I’m boring myself here.

You can see the lookout point from the road and there is very little elevation gain. Given the terrible weather we’ve been having I was also a little concerned about the footing, but the grass path rapidly turns into a gravel track which takes you to within 10 metres of the lookout point, and even that track has gravel.

The lookout point steps take some careful negotiation as they are basically bare concrete reinforcing bars now. However, once up there the views are glorious, made all the better but the weather fronts skirting us north and south.

We remained dry throughout the entire walk which was very unexpected. The weather to the south was reported to be large hail stones by Clive 2E0EVD.

The steam train at Haverthwaite was trundling through the countryside in front of us like something straight out of Harry Potter! 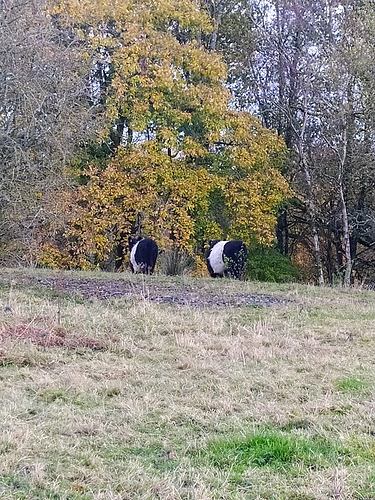 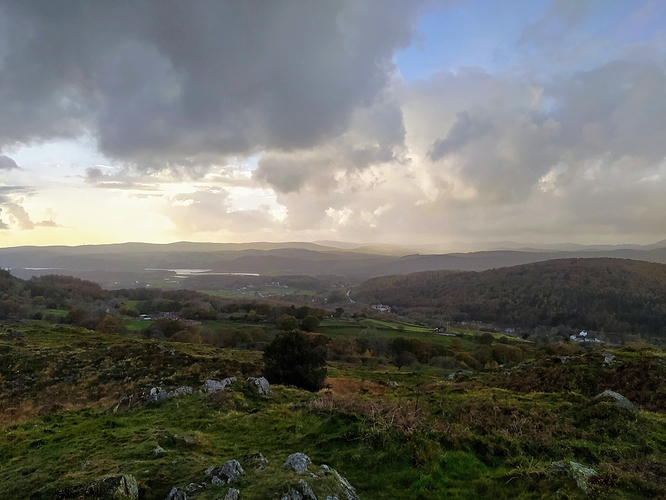 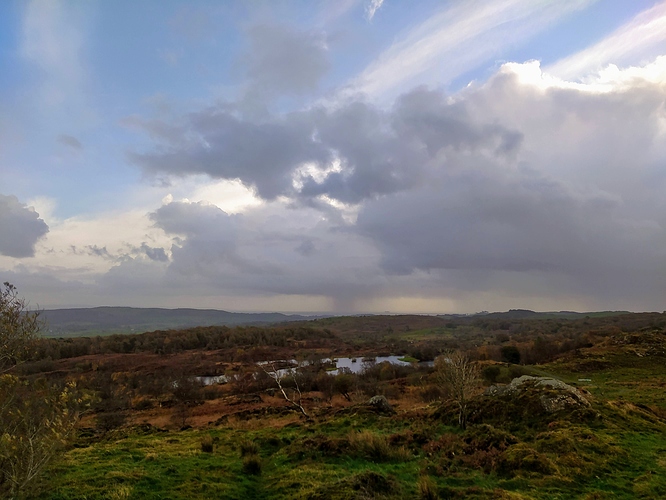 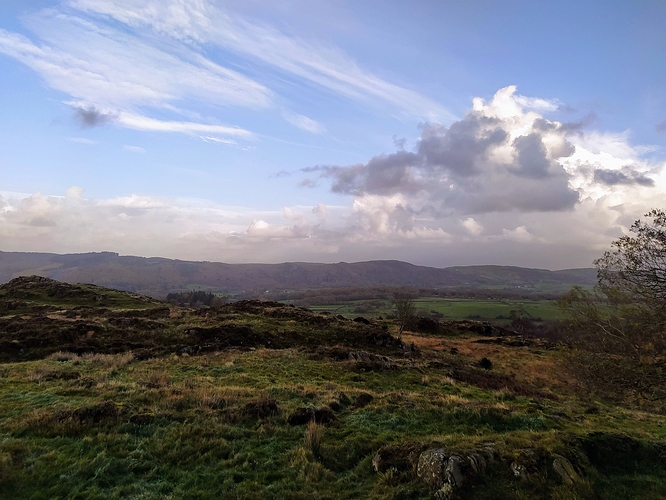 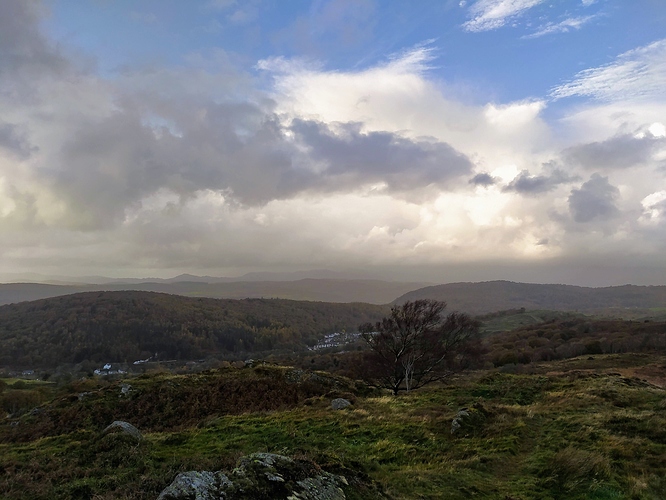 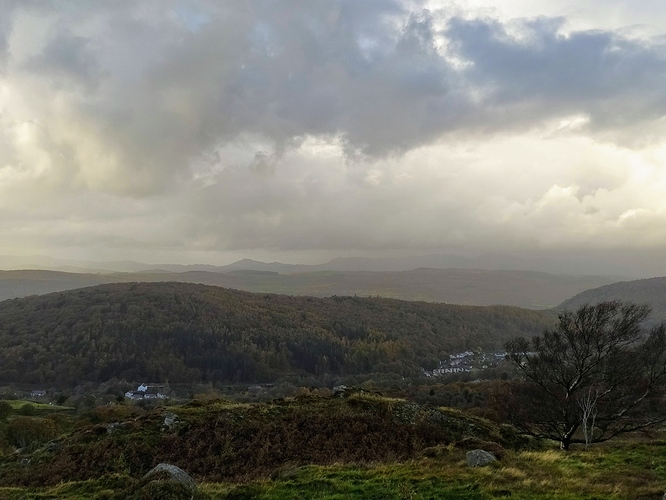 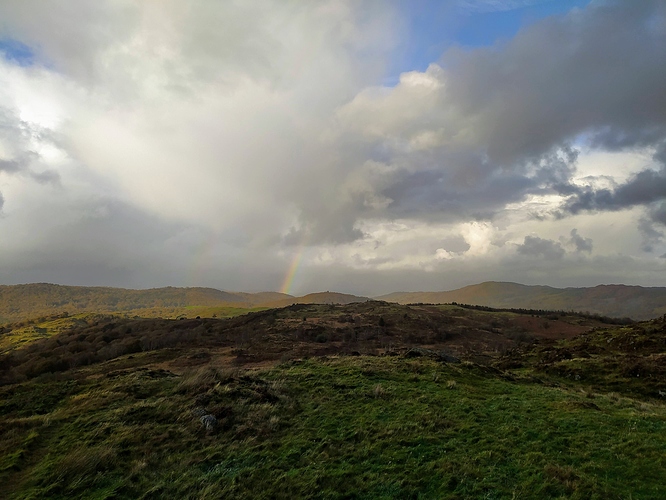 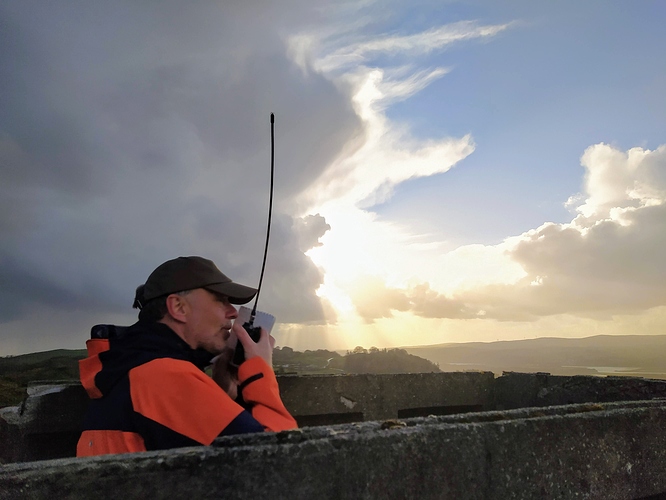 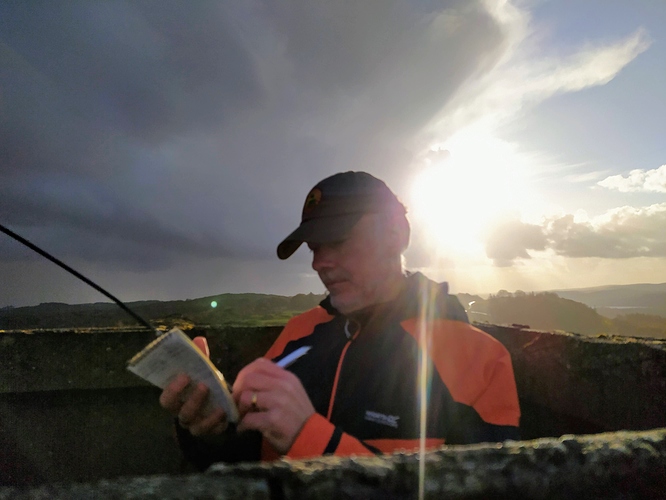 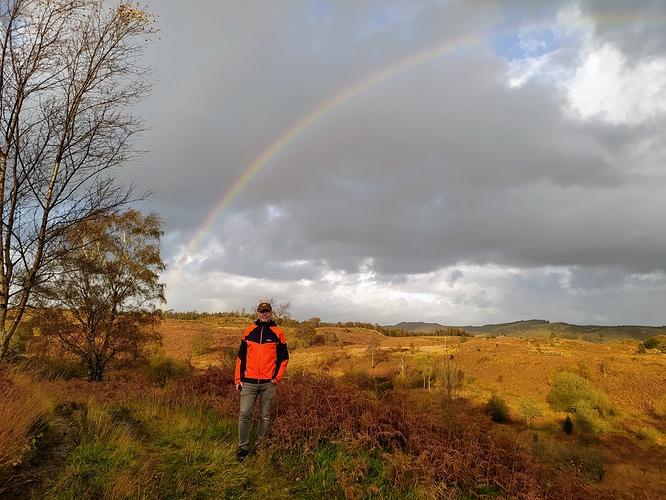 Thanks for all the contacts, hoping to get out tomorrow!

Re trouble-free parking, I’ve done Bigland Barrow twice First time I parked just off the B5278 [green ring on map] and did the long route [yellow line]. 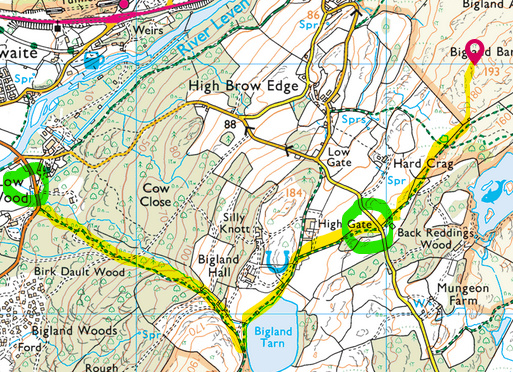 Second time, I parked [other green ring on map] on the minor road to do less than half the walking distance. The second parking place is at a back entrance to Bigland Hall but there’s room for two cars opposite it on the same side as Bigland Barrow on either side of the entrance gate.