A bit of advanced notice for WOTA chasers: I’m planning to activate six rarely-activated Outlying Fells summits near Haweswater Reservoir. They are the Naddle Horseshoes (1, 2 and 3), Harper Hills, and Scalebarrow Knott.

Hope to speak to you on-air.

Thanks for the advanced info Andy - very useful. I can sometimes work the Shap Fells on 2m FM from Pickering with my 7 element yagi so will be looking out for you if it is the Wednesday 9th Dec. J-Pole we have a very good chance, RH770 not so good. You were strong last week from Calf Top with the J-pole but realise with several summits it is much more awkward to deploy unless perfect WX. I have Chased Harper Hills (LDO-45) and Naddle 1 (LDO-038), but I need Scalebarrow Knott (LDO-62) and Naddle 2 & 3 (LDOs-039 and 051). Here is a map of my route from Jan 2012. You appear to be omitting one or two from what I did, maybe you did these fells previously, 7.5 miles with 1500 feet approx ascent:

73 and I hope your weather is favourable de Phil G4OBK 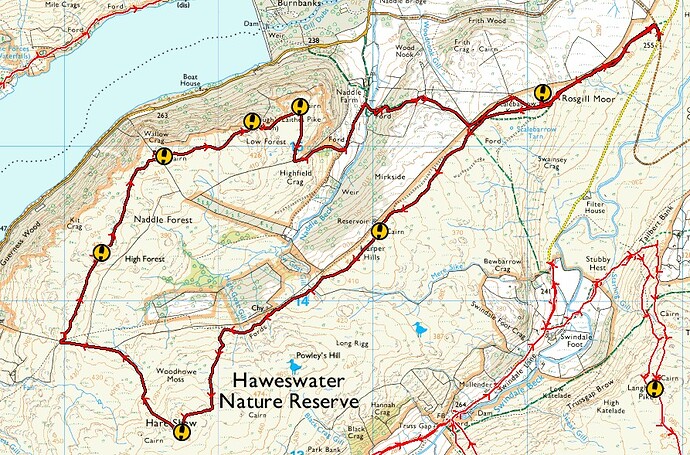 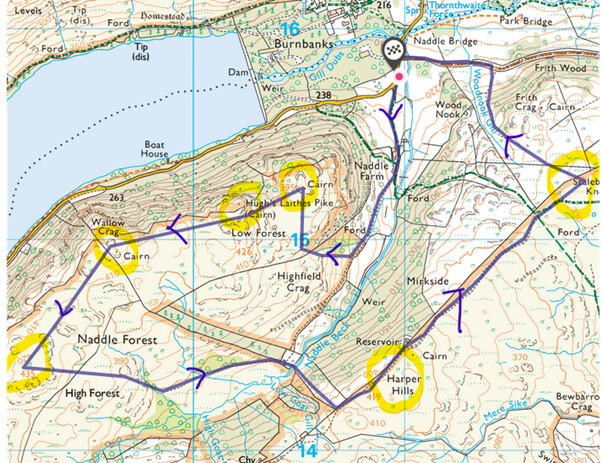 Your route included a 7th summit (Hare Shaw LDO-023) which is on another five-OL’s trek I hope to do this winter if there’s enough daylight. The summits are Hare Shaw, Selside Pike, Brantree, Howes, Nabs Moor and I’ll do the route anti-clockwise. 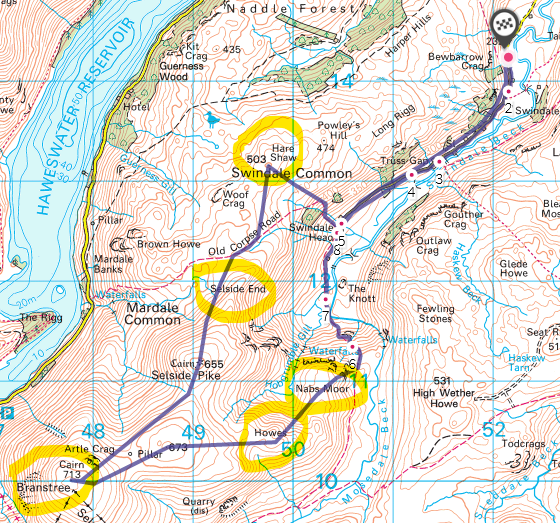 Will use the J-pole [on 6m pole] rather than the RH770 for these summits as you’re chasing many of them.

Hope the weather forecast is good to go today Andy. I will be standing by and listening out.

Nothing heard so far of Andy today in Pickering - over 80 miles to the Naddle Horseshoe from here. One spot noted from @M0NOM (thanks Mark) for Naddle 2 and that’s the lot… Come on guys, if you work 'em spot 'em!

I travelled out to Haweswater to work Andy but unfortunately i had no mobile signal out there so could not spot.Also took the oppurtunity to photograph the resovoir which is just about full. Also i was mobile when i worked Andy on the some summits.

Had i have been working at the Penrith shop (which i don’t now) i would have spotted. It is so useful when activators are spotted. I find it very useful as i cannot monitor from Carlisle and rely on spots.

I think I may have been asking too much for working Andy and didn’t hear anything. Probably due to Nine Standards Rigg being almost on the straight line path to the Naddle area. Its just over 80 miles from here as the crow flies.

All the best for Xmas and freedom in 2021

May i also wish everyone all the best for christmas and hope to have a better 2021.

These are 3 photos i took of Haweswater which shows the dam and also part of the High Street range and Branstree and Harter Fell.

They were shot handheld at 10mm, iso 100 and at F4.5. Not ideal shooting wide open but i did not have my tripod. I have reduced the file size by quite alot for uploading purposes. 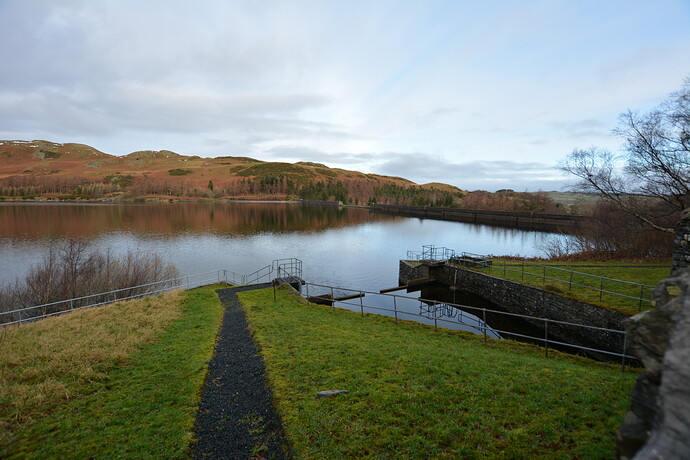 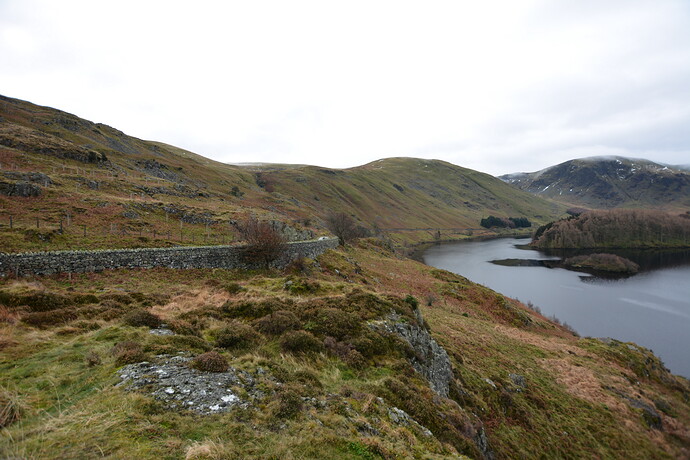 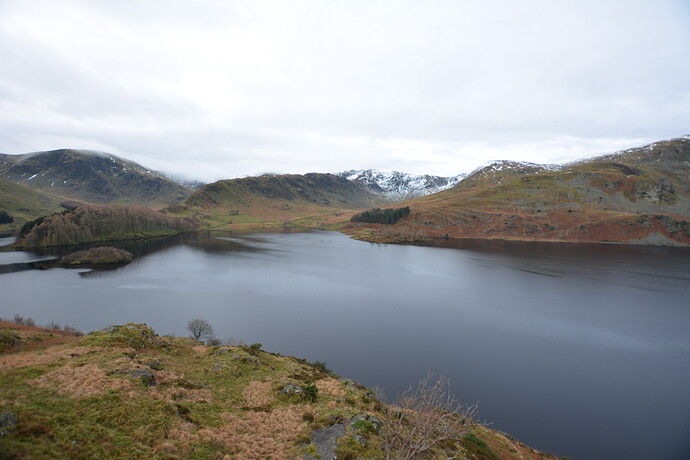 Thanks to all the chasers who worked me today [esp. Geoff G4WHA/M and John G0TDM who worked me on all six summits] and those who tried but couldn’t hear me (e.g. Phil, G4OBK, Mark M0NOM).

I had the J-pole at the top of my 7m pole on 5 of the 6 summits [it was raining at Naddle Horseshoe-1 so used the Diamond RH770 for a quick activation]. I even ‘defeated’ the squelch on my FT1D to see if there were any faint signals.

Thanks to Mark M0NOM for texting me about Richard M1HAX/P on Skiddaw [who was on 145.325 – I don’t normally check that far down the band].

I’m glad I managed to work David G6LKB/M from Harper Hills (LDO-045) as he told me he needed that summit.

I’ve had a bad back for several weeks. It’s mainly a problem whilst driving. Walking actually helps. But I wanted to keep the rucksack weight down and so the JetBoil stove and powerpack stayed at home. Without the latter my iPhone battery was running low towards the end. Knowing this to be a problem I avoided using the phone too much so didn’t attempt to self-spot via the WOTA website. I took only one photo – at the first summit, Naddle Horseshoe-3 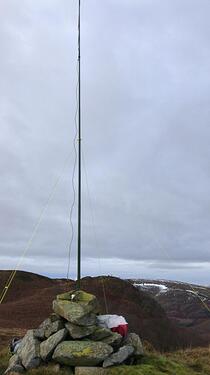 There were partial blue skies and no wind at first but it quickly clouded over and by the 3rd summit (Naddle Horseshoe-2) the wind had picked up enough to blow my 7m pole over mid QSO [cos I hadn’t tied it properly to the little cairn]. Some patches of snow not melted. Not too much bog hopping and heather whacking - there are visible paths linking the 4 summits by the reservoir and a big ATV track between Harper Hills and Scalebarrow Knott. A pleasant day’s walking and activating, nothing too taxing.

For those who like to see the contacts, my logs are below:

Well done @G8CPZ, glad it wasn’t too bad under foot, understand about the rucksack weight obviously!

I was in brief whatsapp comms with Andy hence the spots, unfortunately nothing heard on most of the summits, and where I did here anything just above the noise, or I might have been making it up in my head.

My long term plan is to create another page which make spotting yourself much easier than navigating the desktop site, I hope to get that done before winter is over, other priorities dictate that of course!

Thanks to @GM4WHA and John in Penrith for making it a completely productive outing. It was never going to be easy, but very encouraging that dedicated chasing is alive and kicking!

These are 3 photos i took of Haweswater which shows the dam and also part of the High Street range and Branstree and Harter Fell.

Wow Geoff that is one full reservoir - we visited after the first lockdown and it was looking a little sorry.

Like so many [non-Marilyn] Wainwrights, many of yesterday’s summits were small and surrounded by bigger hills so have limited VHF take-off. So, it was always going to be a struggle to get Dx chasers. If it hadn’t been for locals Geoff @GM4WHA and John, I wouldn’t have qualified two of the summits.

That said, on small summits such as those I am frequently surprised [maybe I shouldn’t be] and pleased to get good reports from more-distant stations, e.g. 5/9 from Peter GM3VMB 47 miles north in Lockerbie. I’ve noticed before with those northern fells, one gets good coverage across the low-lying land into southern Scotland and out to the west (e.g. Isle of Man) but very little in other directions because of all those Lake District hills – although being in just the right spot and a few reflections sometimes helps.

I bet Phil @G4OBK was QRO with his 7-el Yagi and if I could not hear him calling, it probably wouldn’t have mattered if I had my 25W 2m PA with me – too much rock in the 83 miles between us [contrasting with excellent signal reports with Phil from G/NP summits with the same 5 watts & J-pole].

It confirms the old adage: if there’s a good radio path, a few watts is enough; a poor path and QRO doesn’t compensate.