You should , it seems expect anything when out on the summits. During a summit to summit contact with G4OOE/P Nick who was on Blencathra I got distracted by the clatter of a helicopter which rose into view yards in front of us with the occupants looking right at us . I had wondered what the pole with orange ribbon attached was for and I believe Alex G7KSE had a similar experience recently ? I have added a few pictures below . Thanks to everyone who called .

Minding my own business 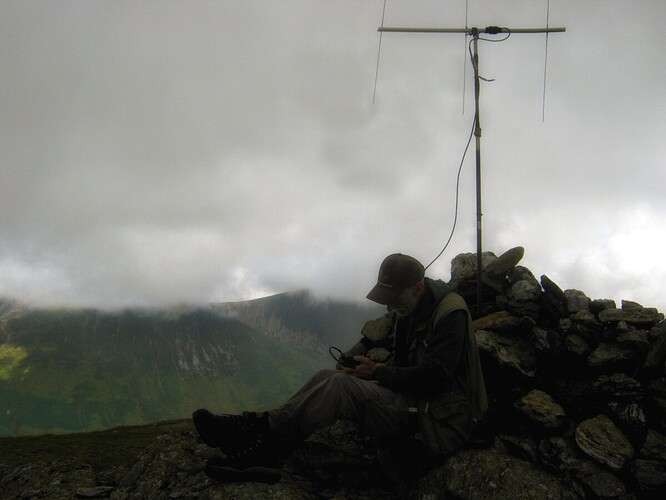 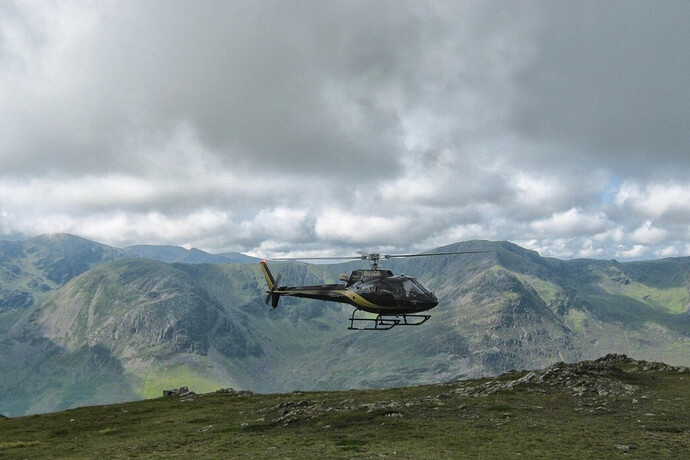 A bloke and a couple of base jumpers get out … 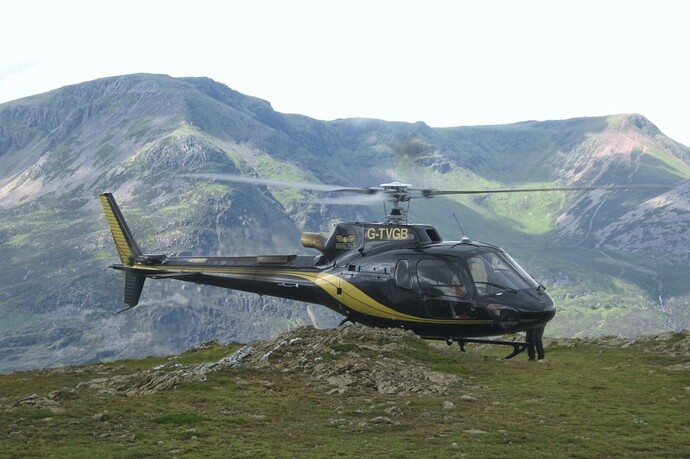 Ready their chutes , (The chap in the Red Bull gear seemed to have a lot of camera gear on his helmet) . 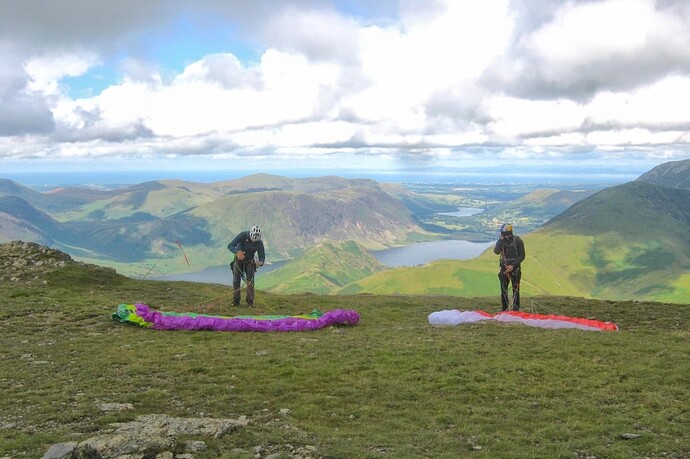 … and away they went . They didn’t hang about , going into a very steep and fast dive . 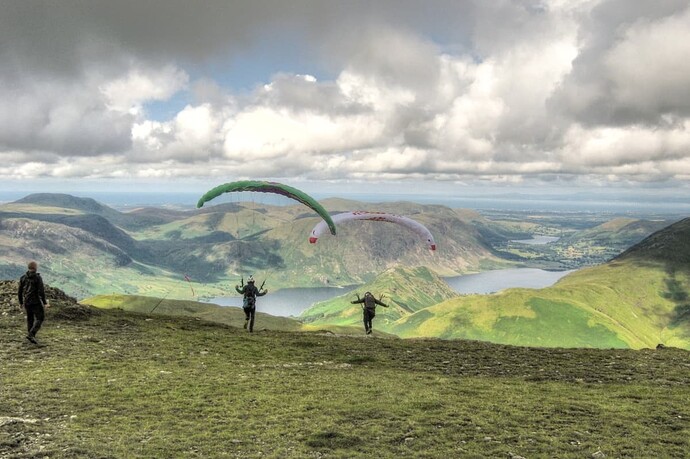 The aircraft had lifted and circled while the jumpers took off then it landed again , picking the third bloke up and it too took off and went into a fast dive down the slope 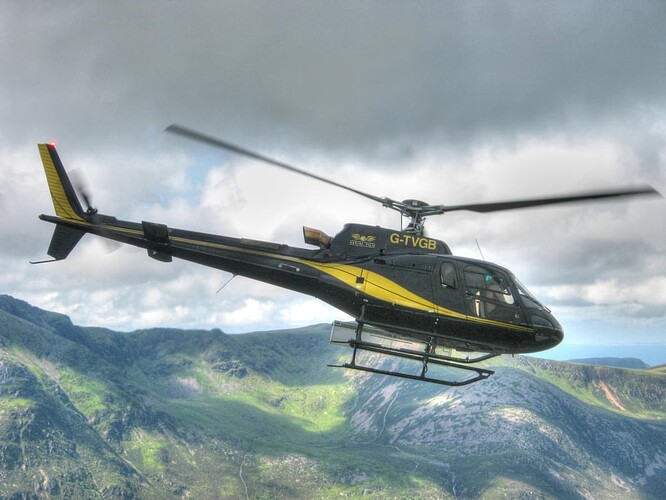 The Herdwicks looked quite unimpressed by it all as we wondered what had just happened . 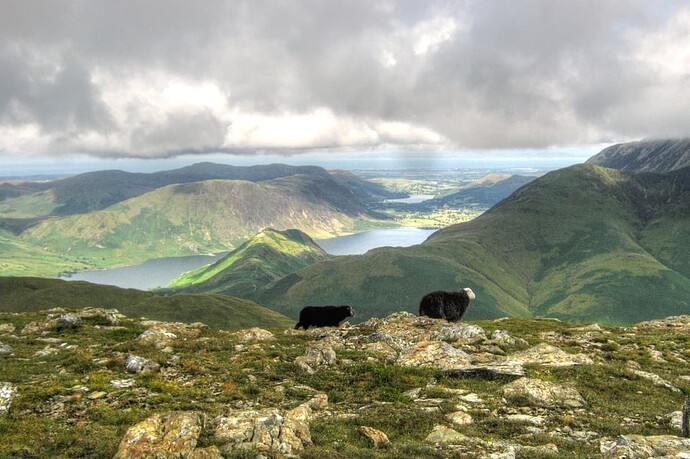 What we noticed , just after the aircraft left, was that for a few minutes our breath started condensing heavily as on a cold frosty day , perhaps it was the vortex effect from the rotors and the moisture in the air ?

I thought it might have been Alex. I couldn’t remember at the time which summit you were on . They approached from the front as it was, there were a couple of ladies dressed in brightly coloured gear sitting nearby and Mrs MGO had a red jacket on. all of whom I assume they saw, If they’d come from behind I’d say they could have rearranged my gear had I been alone , as you see from the top picture , I blend into cairns very well!
Richard.

Thought I might have got you last night on Fleetwith , Mike, I was up about 18.45 at the usual spot waiting for the club radio net but Reg said you were on the way back down , It was a nice evening for it though and a nice walk , did it with Haystacks once with an old school mate a few years ago.when he was visiting .
Richard.

Noticed the photos on the SOTA site. That’s just lazy in my book…

Indeed .
I’ve met someone who does paragliding and I’ve felt the weight of the back pack with the gear in and it must have weighed about 40 or 50lbs . He goes abroad and carries it up mountains much higher than Robinson !
Richard.

Did you not get a business card. It’s the only way I’ll get a SOTA/WOTA done this year!

I was once told a tail that there is a very rich fella that lives (well holiday homes) near Buttermere that travels by helicopter, and has been know during some festival or something to give folk lifts to do their jumping stuff. Not sure if it’s true, but it’s a story never the less.

From what I’ve heard Steve, you may need to have Hollywood connections for a lift in that particular aircraft ?
Richard…