A walk on 4 local fells

i looked at MWIS for the wx on thursday and it seemed ok so decided to go out on the hills.i got up at 06:30 as normal looked down at the Grisedale Pike to Grasmoor ridge and it was clear; so with no fixed plan i left home at 08:15 and parked at Lanthwaite Green 08:30 and set of up Whin Ben to go up Whiteside.i like the route up Whin Ben because there are about 4 rocky sections to scramble over or you can avoid them if you want.i arrived on the summit and started to take some photos when Phil M0AYB called me at 09:50 for a quick contact because he had a zoom call at 10:00.i had posted on the WOTA site i would be on the summit at 10:15 + - my usual 15 minutes and was i little early after that i made 3 more contacts
2E0MIX/P derek
G4VFL Andrew
GM1VLA Tony in Annan 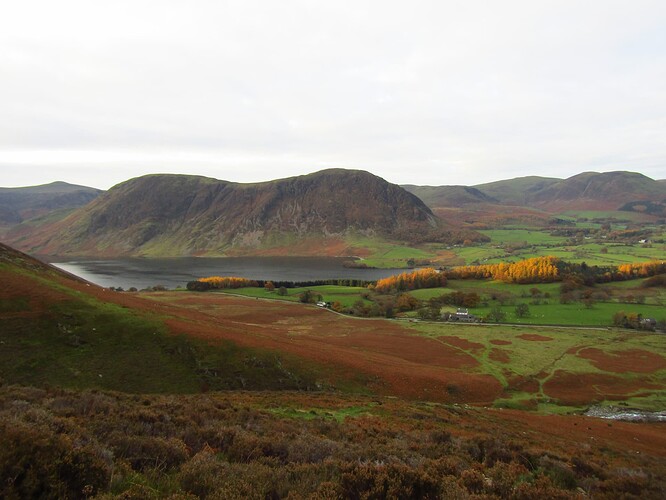 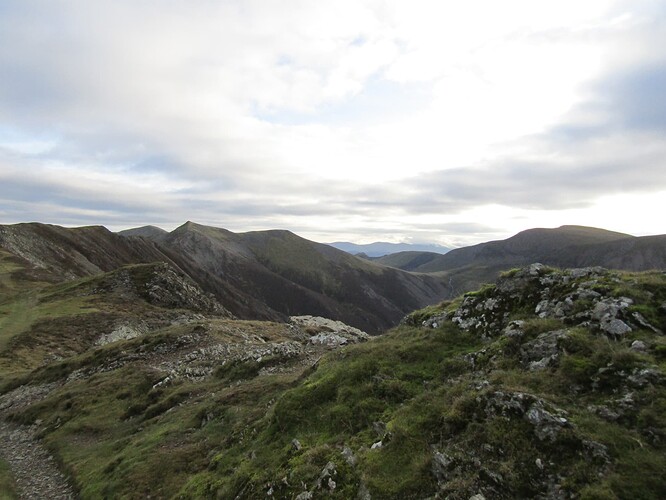 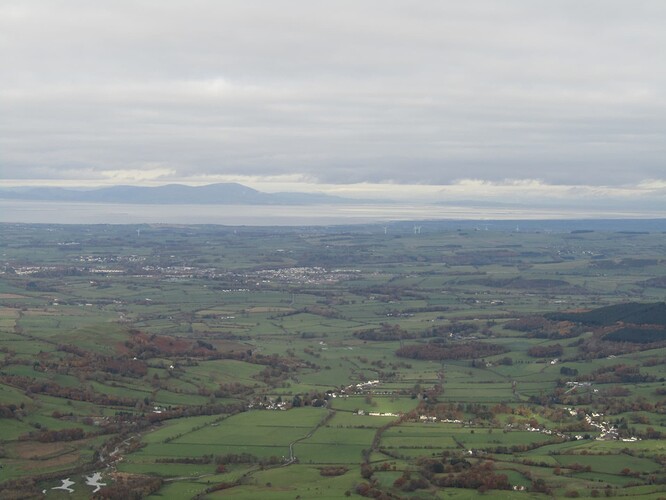 over to Cockermouth and the Solway firth 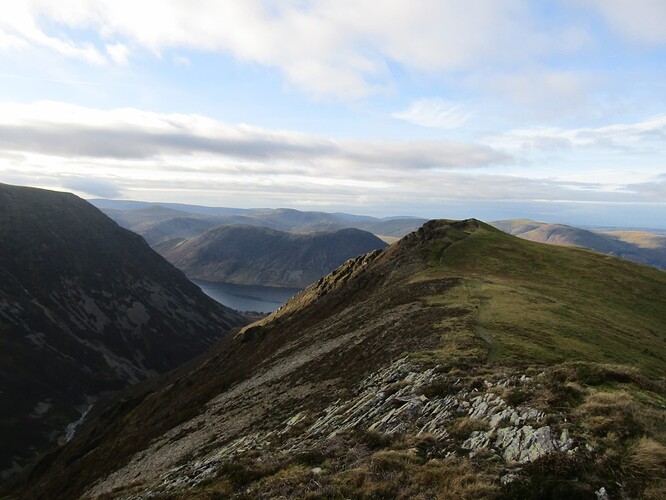 looking back to Whiteside 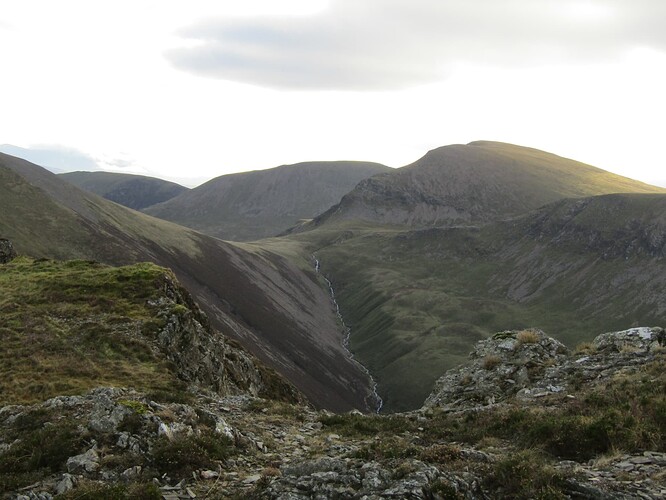 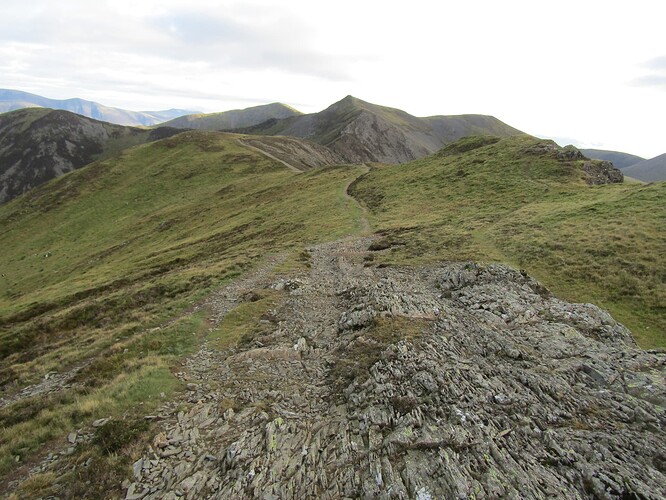 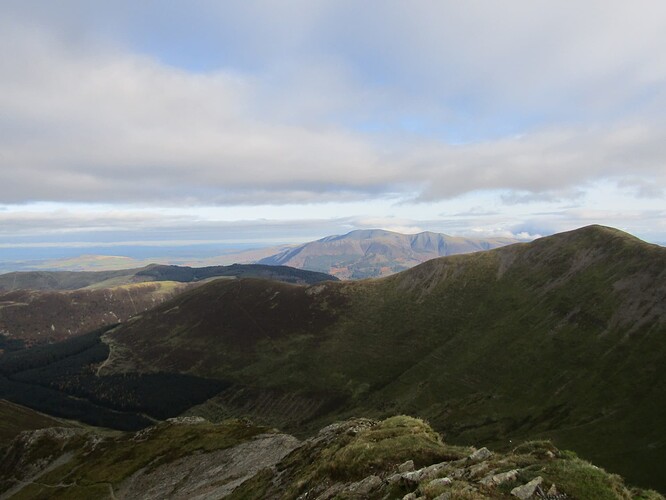 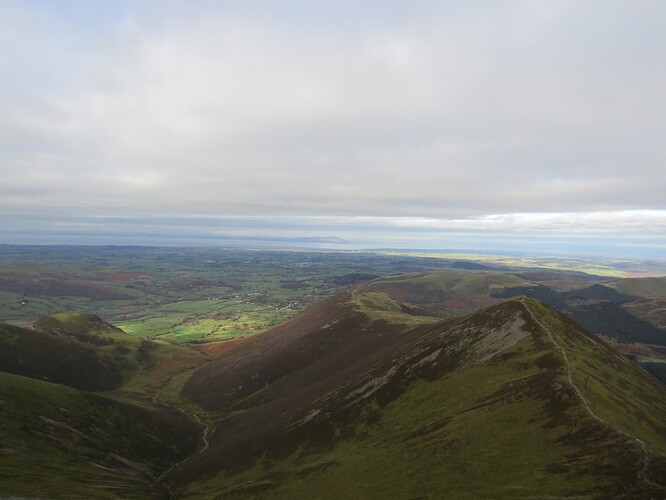 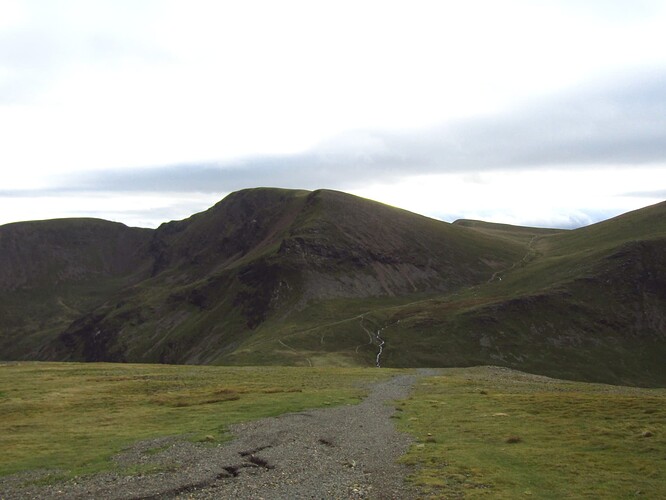 the path over sand hill and as yet undecided which one to do next.
the fell to the left is Sail Fell then Eel Crag and Wandope 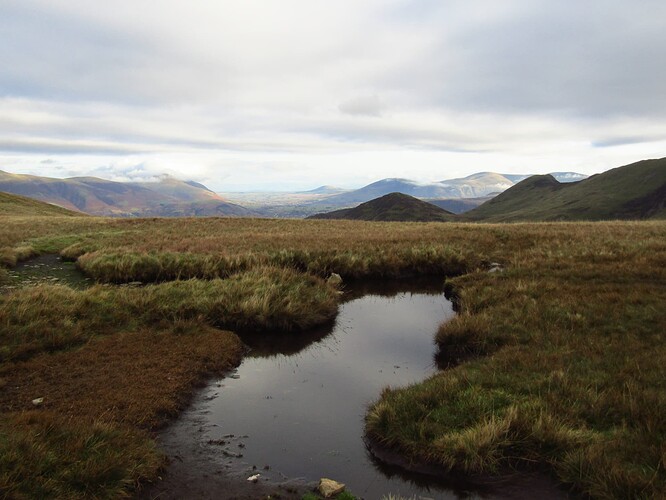 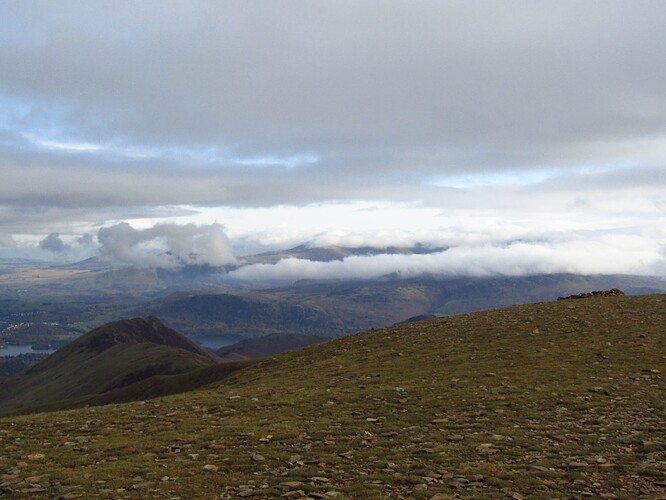 the dodds over Causey Pike 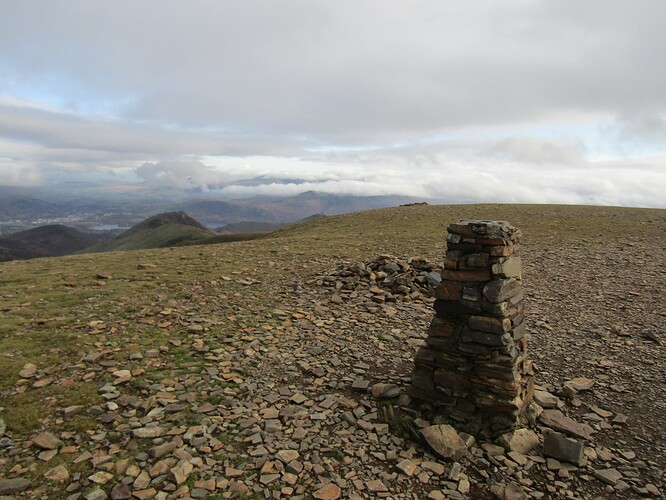 the trig marker on Eel Crag 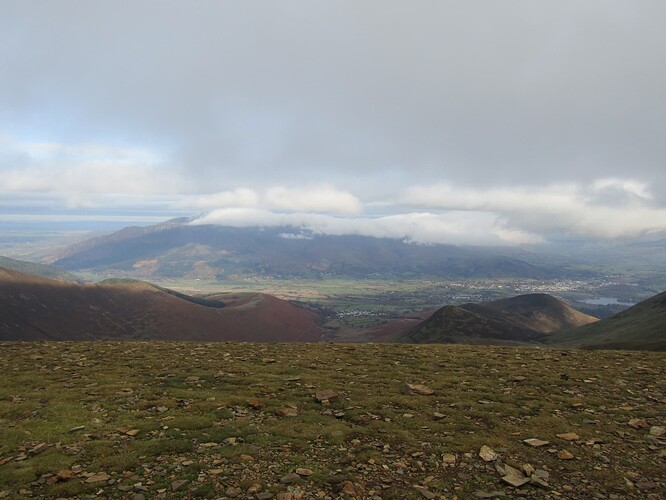 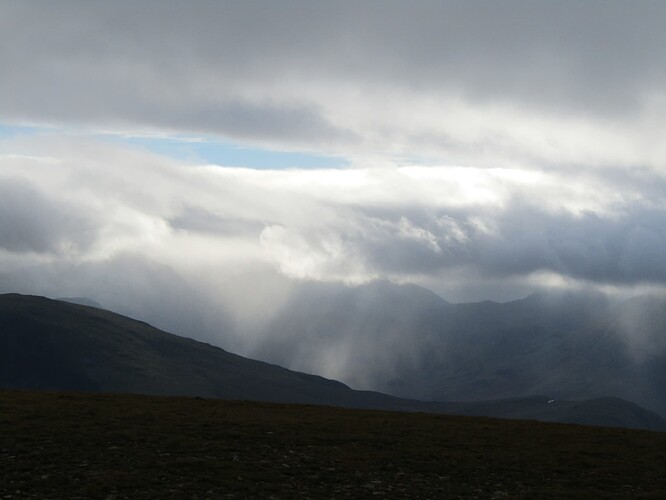 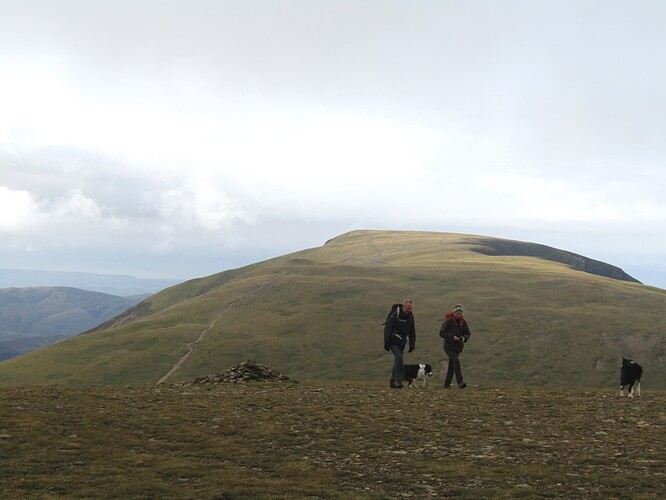 looking over to Grasmoor and the next fell. the bottom section is quite steep but a good path and the summit is about another half mile on from what you can see but much easier 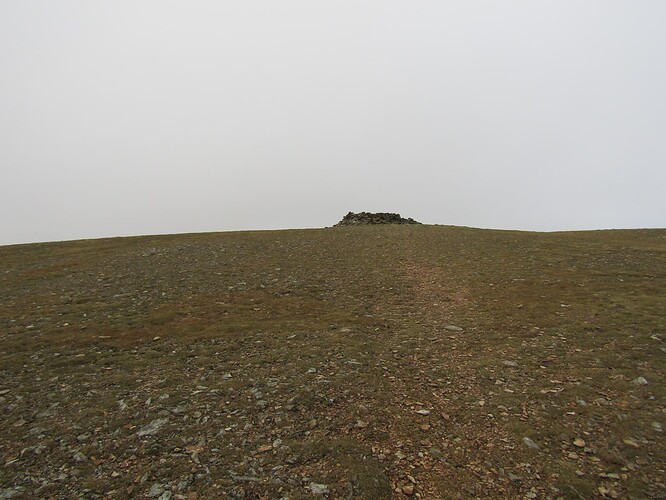 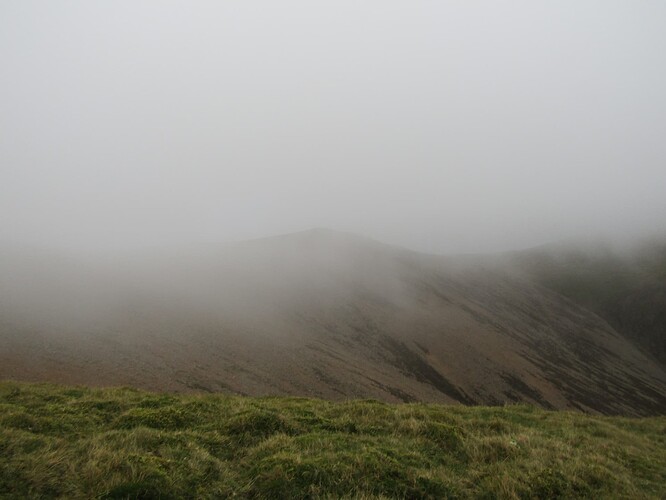 it was now closing in fast and raining so i decided to descend via Lad Hows and was that a mistake the path is very steep and loose large rocks on top of small ones and with my glasses cover with rain i missed my footing and went down hard. after a quick look around to see if any body saw a silly old fool fall over i got up and the realised it had twisted my knee so after the it was along and painful walk down 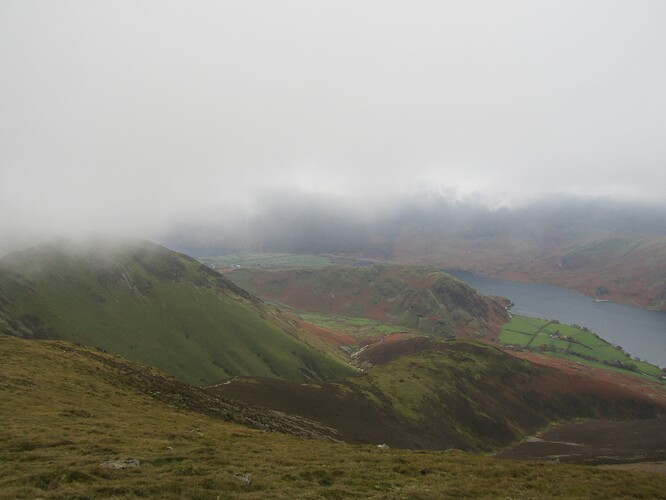 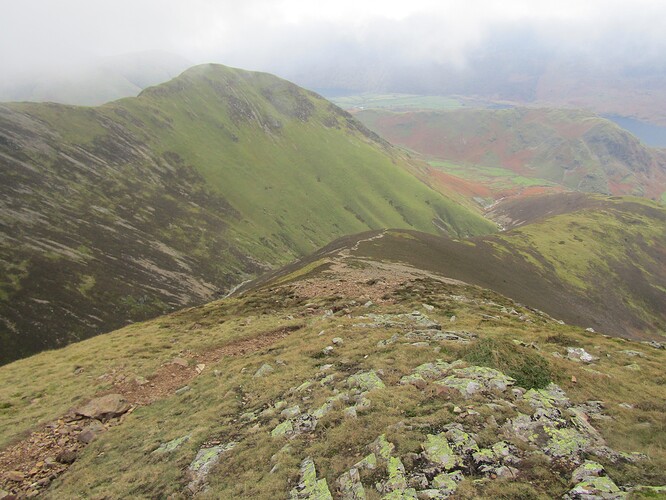 Many thanks for the 3 summits i worked you on. Missed the first one as was to busy taking a laptop fully apart and busy concentrating on that! Excellent photos as well. I have never walked those fells so hope to do those next year. The terrain once you get to the top does not look to bad but Lad Howes does look rough!

When you first called out on Grasmoor you were a good signal then nothing. I guess you had problems as it must have been 10 minutes or so before you came back on.

Hope your knee gets better soon. So easily done while walking and I know what you mean about rain and glasses!

hi Geoff
it would be a good walk next year with longer days there are 8 Wainwrigths all could be done. of which 2 are SOTA’S and 1 HEMA
73 reg 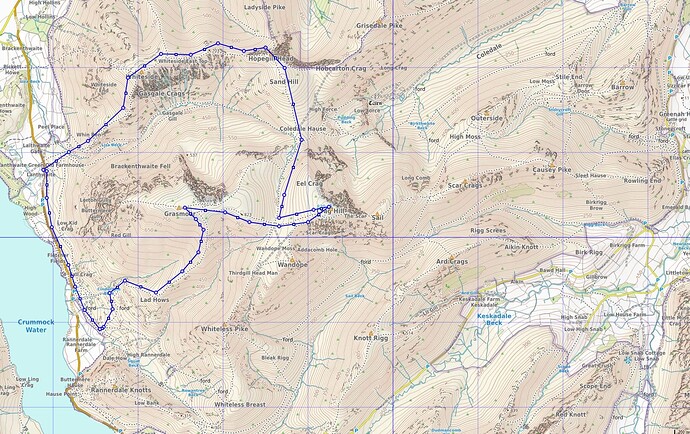 All those 8 summits as well as Castle Crag are all i need to complete the North Western Fells book. Looking at the map i would imagine it must be around about 12 miles or so to do all 8 summits together. Although would it be better to split it into 2 walks?

A fine day is needed to do that route i think! The views were fantastic.

Good route and good write-up Reg. God to catch you one two tops. I hope the knee recovers OK. I reckon everyone falls over in the Fells at some point, or they aren’t trying hard enough! Thing is, of course, to avoid a disaster. I try to take a tip from ‘defensive driving’ instruction: spot a risk and do something about it. This hasn’t always worked, as my dented cranium shows (that was a specs-related incident too). Anyway, glad you hobbled off the tops OK and didn’t have to bother the Mountain Rescue folks. 73, Phil