Never seem to learn with this particular area of the Lake District, just up from Staveley.
The plan was to activate Reston Scar and Hugill Fell.

I ended up skirting round the back of Reston Scar in an attempt to take a more direct route to Hugill Fell and come back to Reston Scar (or more correct? the prominence of Black Crag) but fell foul of the walls here on the summit and the general poor footing. So a better plan would have been to activate Reston Scar then follow the path that leads between the two summits, albeit via a circuitous route. 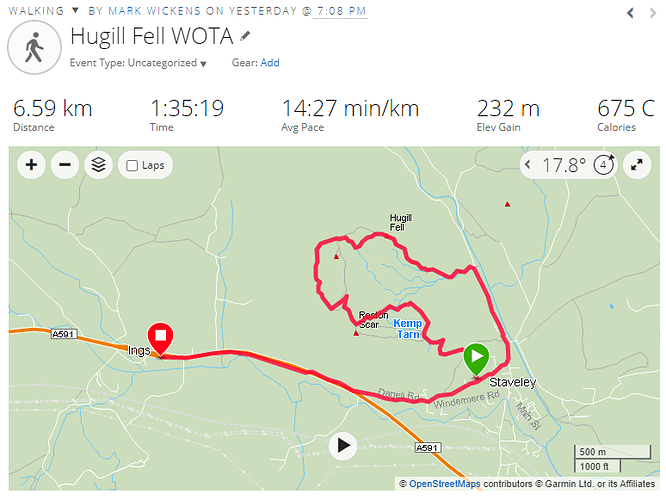 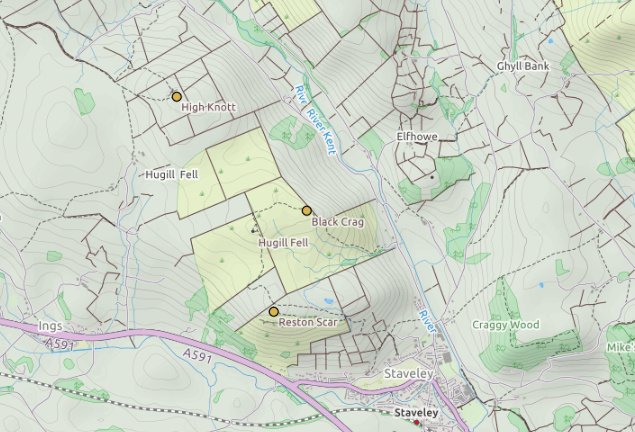 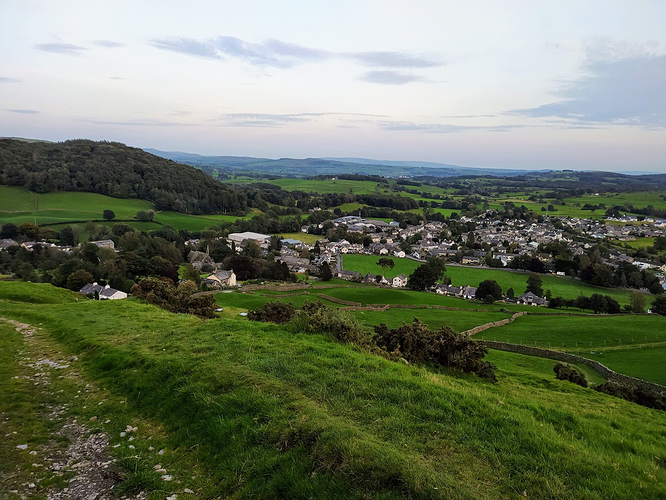 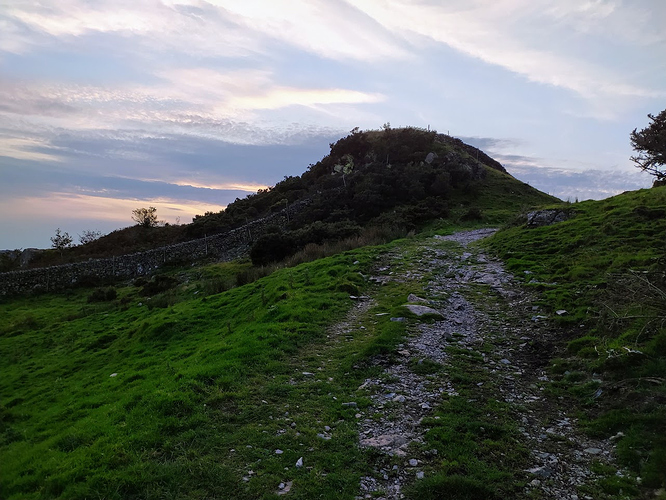 As I was on my bog plod and reached the northerly part of the route I spied Williamsons Memorial on High Knott. I remember reading the comment on Phil’s photo that this is on private land. Had I had more time I might have attempted a detour, but it was already getting dark.

Considering we had a lift the contacts were fairly light on the ground, it would appear to be a bad time to activate based on nets and such like.

So I personally think Black Crag is better approached from my descent direction to the Kentmere Road, and possibly linking up with Reston Scar, or even doing two separate approaches. Looking at the map more would help! I will have to come back for Reston Scar now. 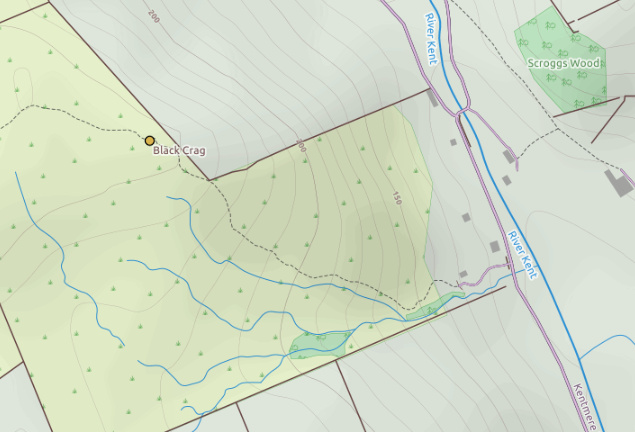 I ended up walking back towards Ings as Alex and the girls had taken a flatter walk.

Sometimes, we just don’t learn! Or maybe it is just me!