again it was make the best a window of opportunity in the wx now that my fitness levels are the best that they have been for about 3 years and i knew Mathew M0MZB was on Coniston Old Man plan A was to go for Dale Head but i was unsure of the road conditions up Honister Pass after the rain and then hard frost
so it was plan B instead .
the back road from home to the A66 was white and slippy but that was nothing the the road the road from Portinscale to Catbells it was sheets of ice with water over the road and then frozen 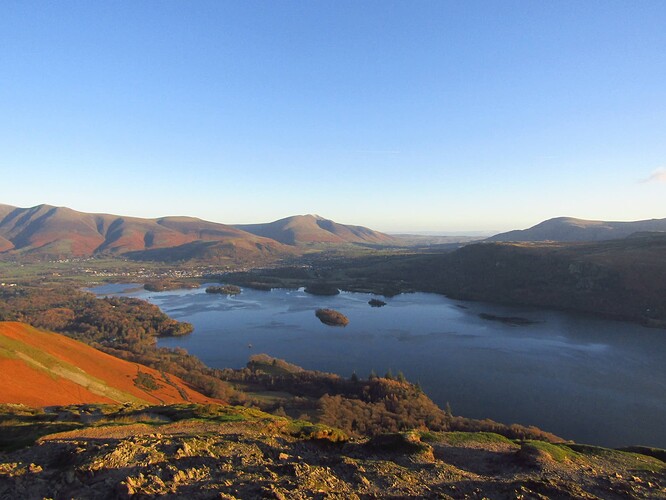 it only took 50 minutes to reach the summit of Catbells 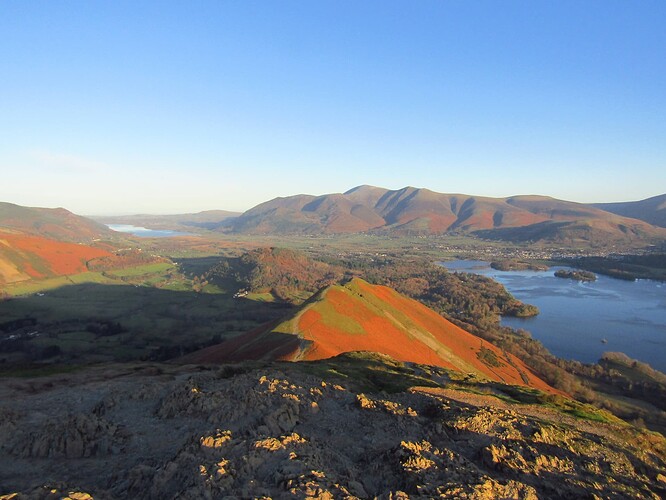 looking over the first hump from the summit 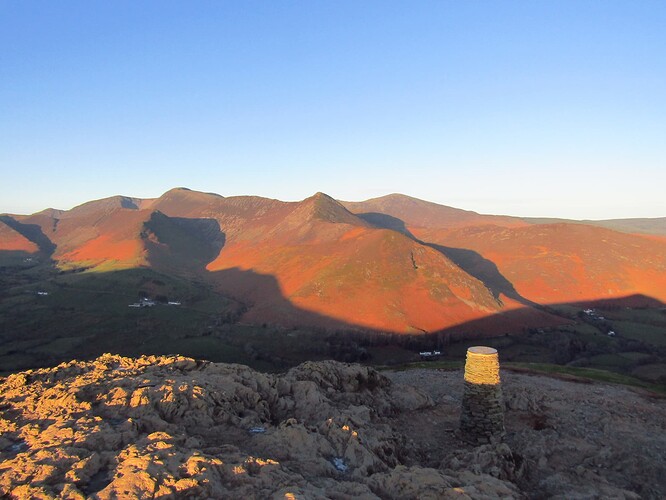 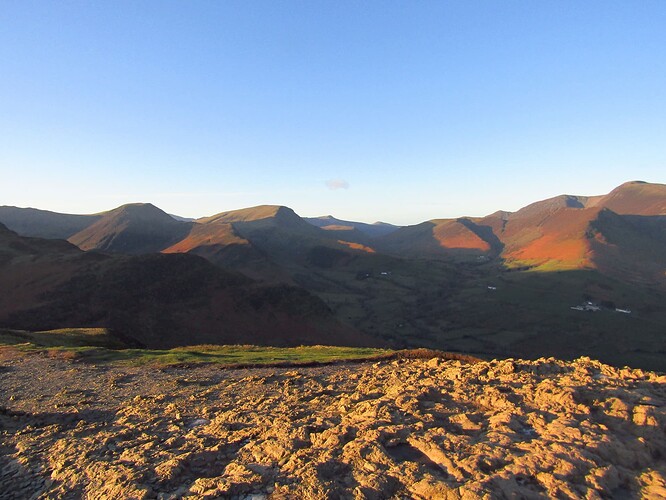 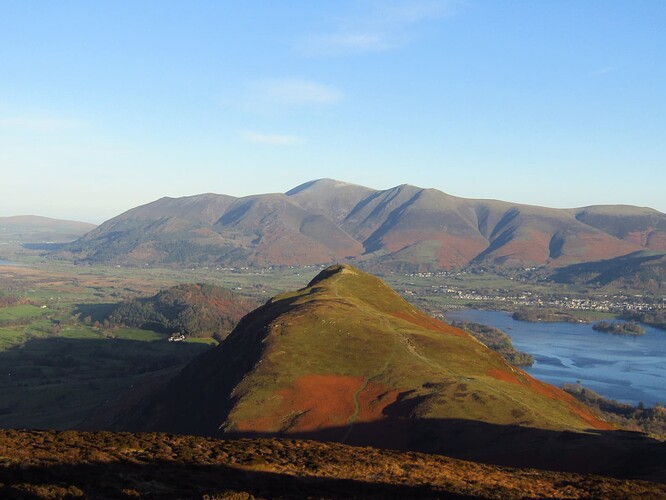 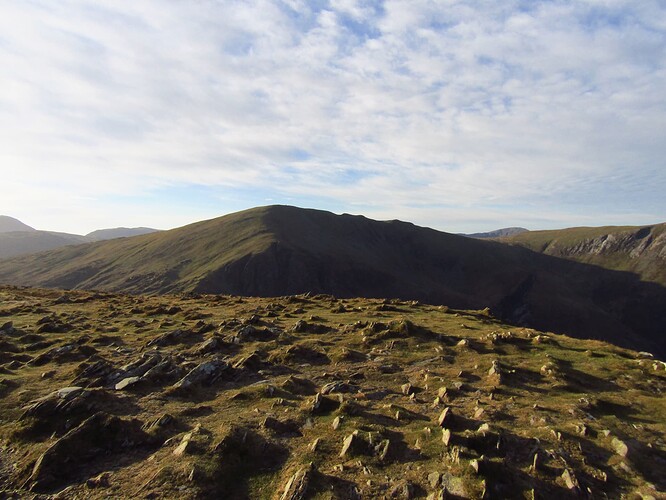 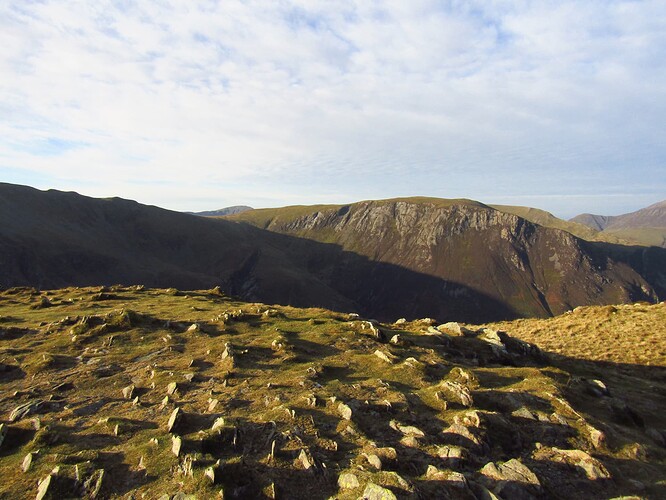 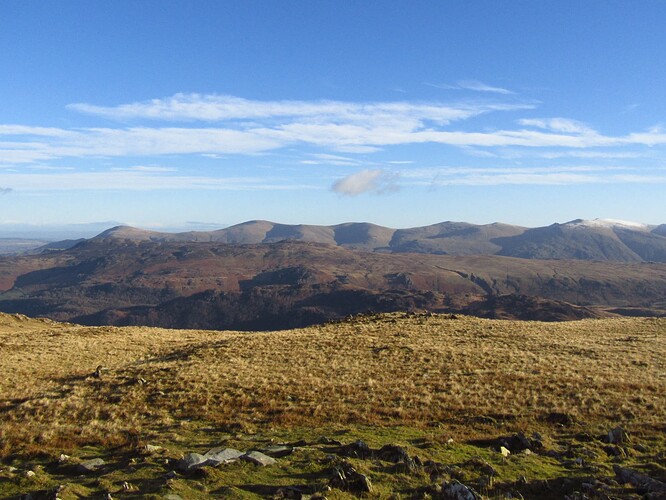 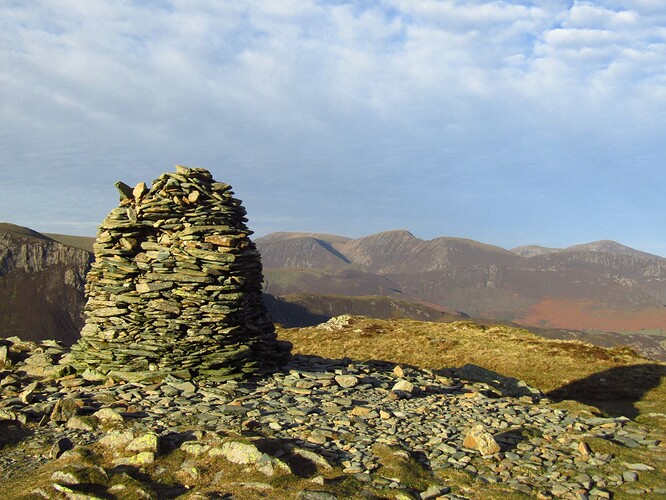 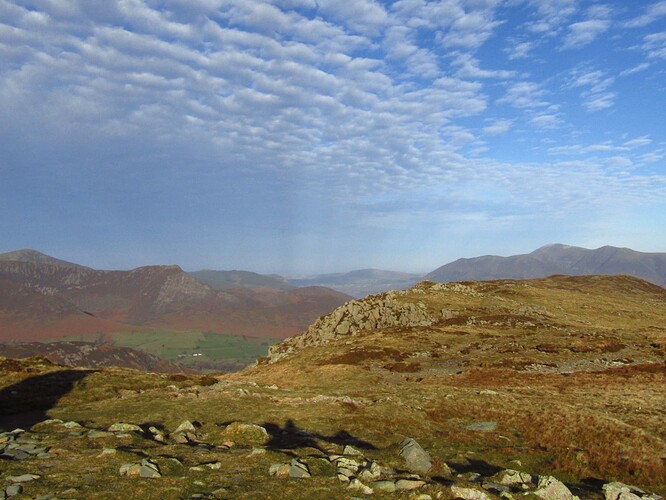 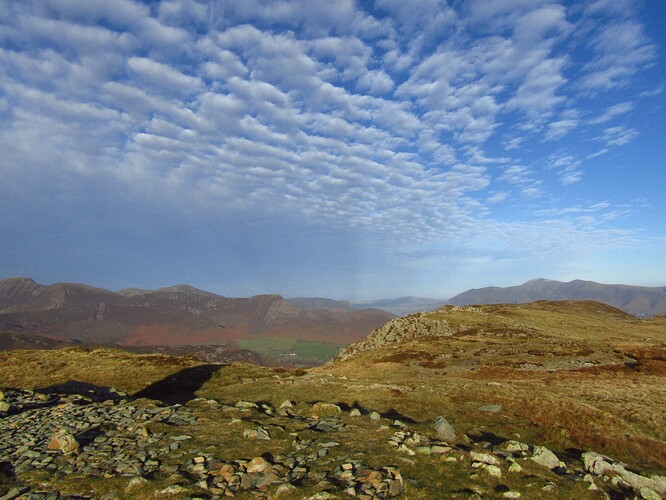 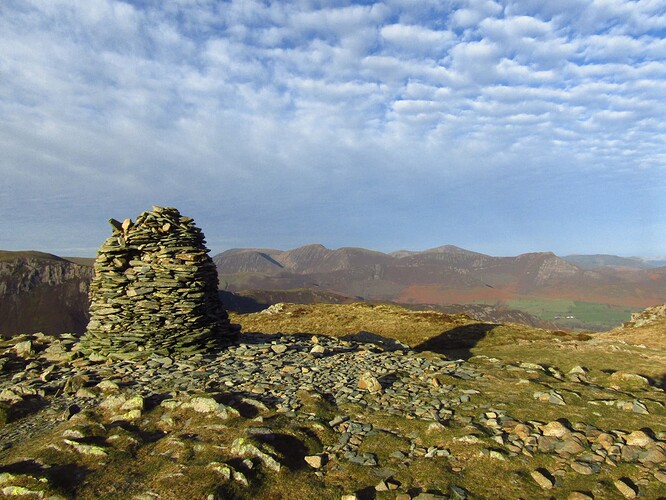 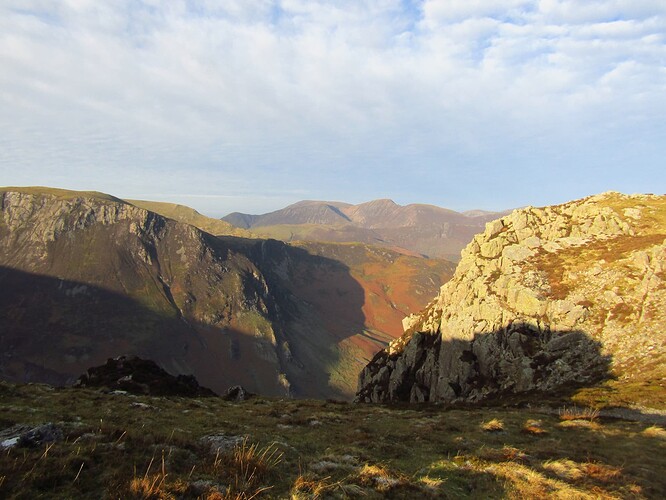 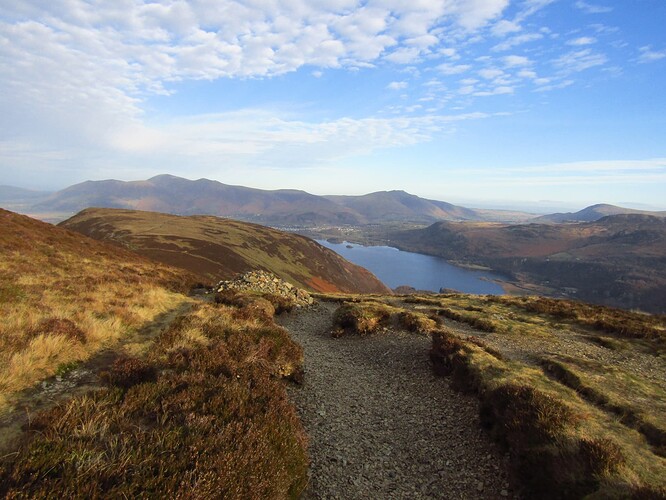 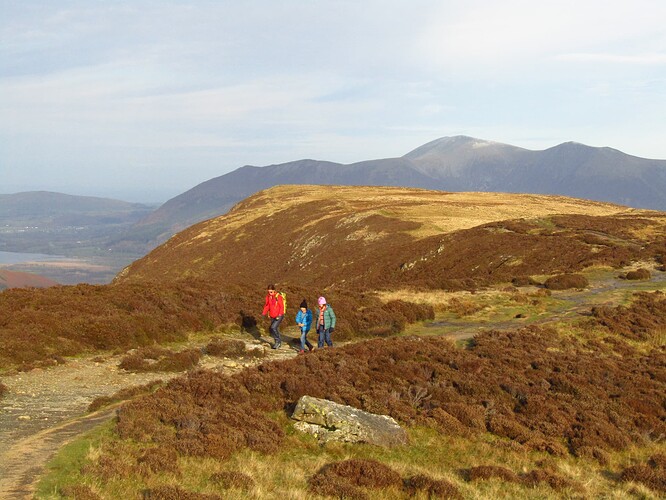 Maiden Moor to the left 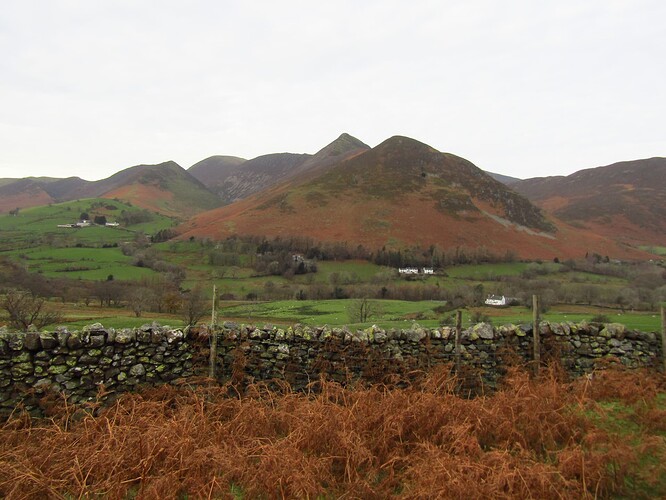 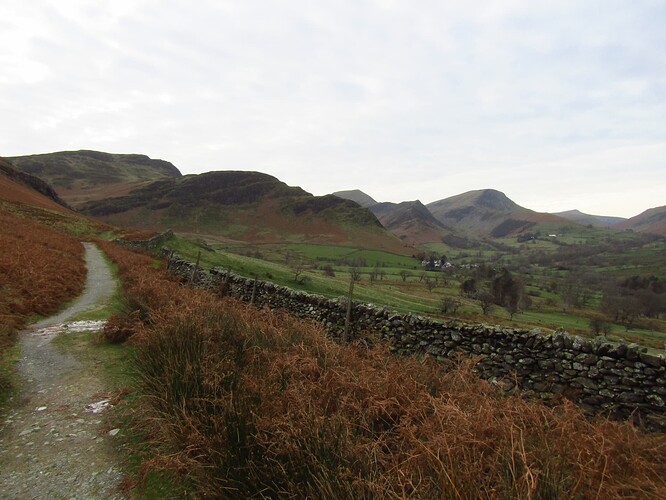 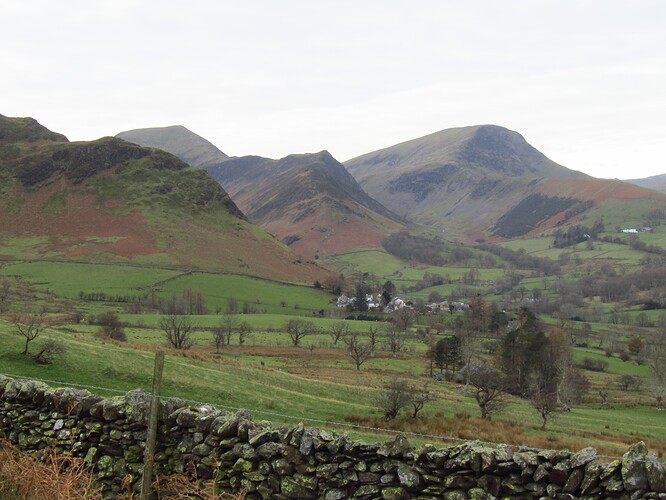 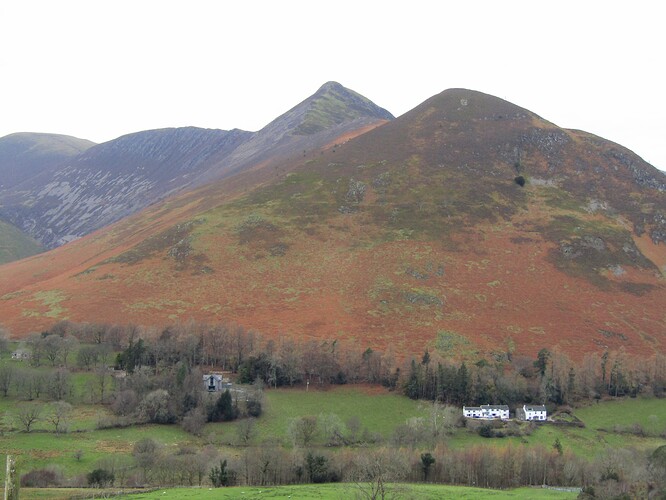 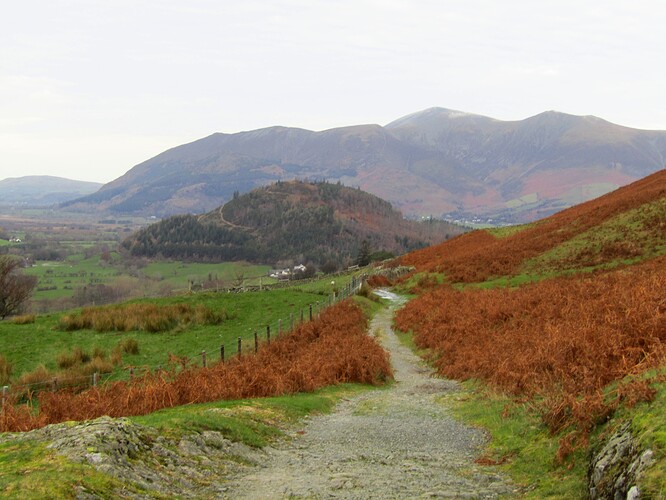 Absolutely stunning photos. Thank you for perservering with our contacts. Carlisle is not a great place for VHF!!

I could hear M0NOM mark in qso with a SOTA station

Sorry I missed you Reg. These summits are creeping very high to the top of my list. Just not been in a position to do much about it lately with family commitments.

Stunning photos - that red is quite amazing. Hill are now stunning with snow on, my favourite time of the year (biting cold not withstanding!)

Reg, reading your AR has inspired me to want to walk Catbells again. Searching my photo collection I find that it’s been 19 years since my wife and I walked it one lovely sunny August day with our golden retrievers. She’s just expressed enthusiasm for doing it again. So, just a case of fixing a date. Andy