I have not been out on the hills for a few weeks first i had covid then we had to isolate for 2 weeks before June’s hip replacement and then after that it was doing the washing/cleaning/making the meals/go shopping and all the other things we blokes take for granted.
so any free time i have had i made 2 yagi antennas to try when i can get back out 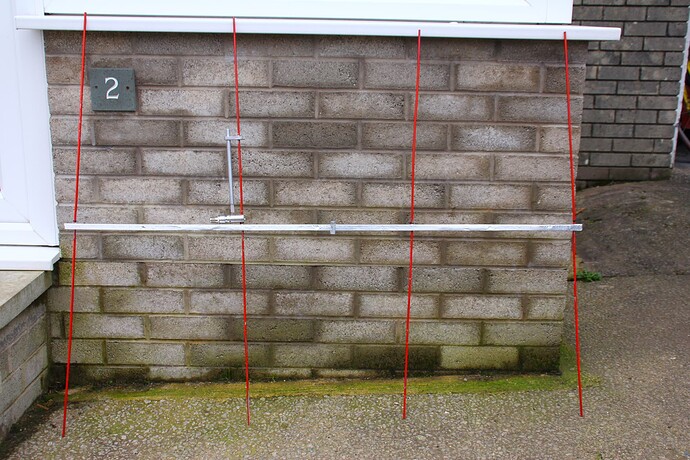 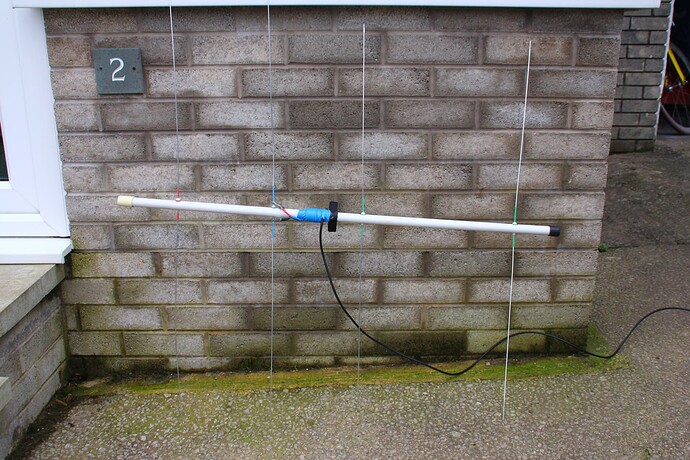 yagi 2 it is a version of a project Alex G7KSE came up with some years a go at the Workington Radio club
its plastic waste pipe and the elements are alloy welding rod’s and comes in at 370 grams with 5 meters of rg58,the SWR is 1.2:1 so pretty much the same and the element’s can all be stored inside the plastic pipe for ease of carrying

the big question is does one out perform the other, so it will be interesting to give them a go at some point when i can get back out
73 2e0ldf

I’ve had some great results with the b&q beam. The only problem I’ve had with them is keeping them happy in the wind. I would occasionally get g7rau on the south coast on SSB during the UKAC contests from Sandwith with 5w and from on FM the results would be a lot less but on marginal summits it was handy.

Reg ,
I’ve used those elements you kindly brought in on Wednesday with some plastic conduit and now have a three element one looking similar to those above . I can open the GD repeater from downstairs indoors with it , but the SWR is about 2.1 I was tuning it indoors and it’s proximity to furniture etc seemed to mess with the readings didn’t want to trim any more off the elements until the weather is better and I can do it outside.
Something I was wondering , with it being used vertically polarised , does it matter to performance or SWR if the mast and the coax are vertically between the elements or do you have a a short 90 degree stand off so that the coax comes away from the choke at a right angle so both the mast and feed is clear of the elements ? I’ve done that with mine but if there’s no need I d rather remove that “feature” because it off balances it a bit .
Cheers .
Richard

I hope you get out soon then, Reg. The Yagis look great - should make a difference.

Picking up on Richard’s point about SWR, if one has an Icom IC-7000 handy, it has a fantastic tool for sweeping a band to check SWR across a range of frequencies. I don’t know if other rigs have similar: maybe it’s common, but I’ve had a sheltered life. This trick is really handy if you don’t have an analyser (or don’t want to faff about with one).

I think the Yagis have fairly good bandwidth on 2m. There’s an SWR plot via a link from https://m0ukd.com/homebrew/antennas/144mhz-2m-portable-yagi-vhf-beam-antenna/ (and Lake District pics etc). Looks like tuning for 145.0 should cover the lot. Handy for both FM and SSB. The IC-7000 trick really comes in for tuning narrow bandwidth antennas on HF - I’ve just put a video about this on Youtube: https://www.youtube.com/watch?v=vzm1ULWVdKQ&t=321s

I have a 9 element portable Tonna Yagi for 2m lurking in the garage somewhere and intend to give it a go again once the weather is more encouraging. It’s a bit heavy, but breaks down / tucks elements in quite well for transport.

hi Richard
both antennas are supported in the centre by a roach pole and i keep the coax a way from the pole and i always set them up outside at the height i will use them
the centre supports are 3D printed so if the want i can print one for you. it balances the antenna better
i have lots of welding rod so if you cut to much of it’s not a problem

I just have an swr meter for checking tuning at present , Phil , so just like to be sure that nothing is interfering with the results before pruning the elements that bit too far .
That feature on the Icom sounds useful though.
Richard.

Cheers Reg ,
I’ve made a clip from a clip with an inner diameter same as the outer diameter of the main boom and I’ll do away with the 90 deg bit . Looking forward to a walk up one of the local hills and we can try it out once these high winds abate .
Richard. 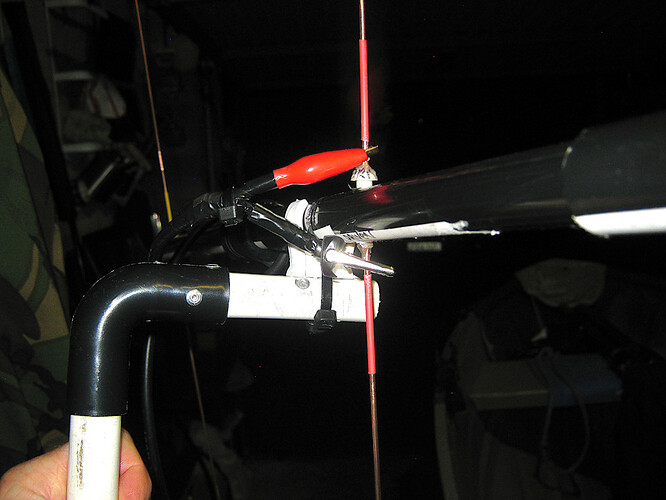 We’re going to end up with the old ‘how best to make / use an antenna’ question.

You’ll end up with a million answers if you’re not careful.

I’ve used mine horizontally with a 5m aluminium decorating pole. Works a treat. Also a 7m fibreglass pole with the top few sections removed. Both were fine.

If you want to see how they work pop round one day.

Thanks for the link Alex ! I did hear of those Nano VNA when I was just setting myself up with the basics a few months ago but wasn’t sure which to get as there were a lot which looked similar and wasn’t sure I’d need one and I appreciate any help if I decide to get one .
I get what you mean about the ideal and practical situations with the antennae . One of the first contacts I made a few months ago was an experienced ham who put me right on SWR , he said something like ,don’t get too obsessed with , if you want a good SWR reading connect a dummy load , but no one will hear you !

If you want to see what they are then give me a call on DG tomorrow. I’ll have it on most of the day