The boys and I headed off to do our first “big” walk to Knott Rig and Ard Crags. In hindsight, I should have headed down the A66 and up Newlands via the Keswick end, but I fought my way through Buttermere and up, then down a bit, then up, then down a bit, then finally up to the top of Newlands Pass. Not sure I agree with how folk had parked, it was only one car wide for much of the lower slopes, but we got through never the less, so no harm done, well perhaps just a little to the clutch!

We set off a little earlier than I expected, and headed up the hill, with me taking more than a few rests until we reached a rocky outcrop. At this stage I thought we may have to turn back, as Luke (10yrs) got himself worked up into a frenzy over the drop off’s and the wind. He was shaking like a… well you know. After much persuasion, we headed back up, hand in hand, with a promise to, a) never do it again, and b) not do the second activation. We got to Knott Rigg a little earlier than planned, even with the stops on the way, leaving my time to relax and get myself sorted and organised before calling CQ. Fishing Rod up, earpiece in, CQ calls began, on S21! So much for being organised! I turned one of the VFO’s off, clearly I’m too stupid to own a radio, and then got a little more professional (of sorts!).

Within about 30min I had secured my best ever set of contacts, 6 in total. Thanks to John (G0TDM), Derek (2E0MIX), Mike (2E0IKM), Geoff (GM4WAH/M), Reg (2E0LDF) and David (G6LKB). Nice to work John and David for the first time (well according to my memory that is anyway). David had deliberately headed North through the lakes to get me on his way further North! I’m honoured. 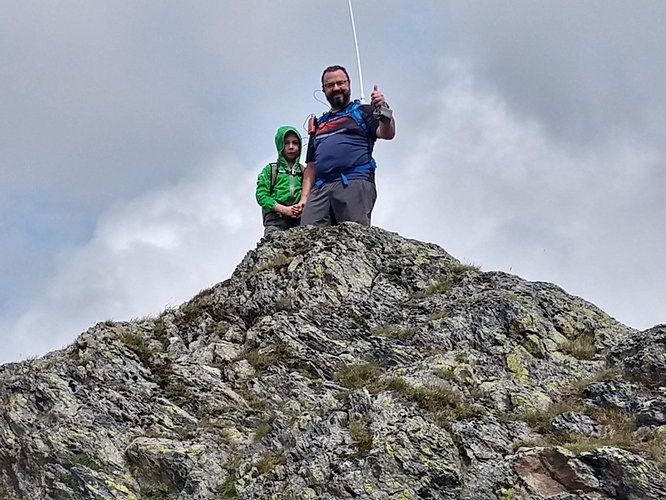 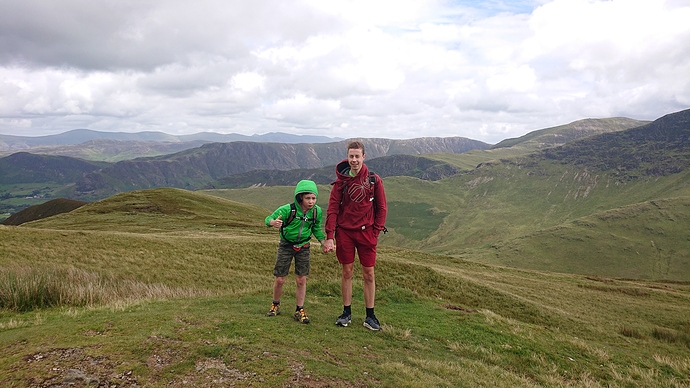 We packed up and Luke was still out of sorts, but with a few half truths regards where out second destination was, we set off. Then a switch flipped, and all of a sudden he let go and started running down the hill and up the other side on the way to Ard Crags with his brother. Good job they came back, I was taking it one very deliberate step at a time!

Early again at Ard Crags, setting up was getting a little slicker, and other than Mike, I worked the same contacts as before. Success! As were were packing up a very strong signal open my squelch without the antenna connected, just the adaptor tail. On the return walk I spoke to him, a chap on Hartside parked up by the Cafe. We were walking so I did not note his details. 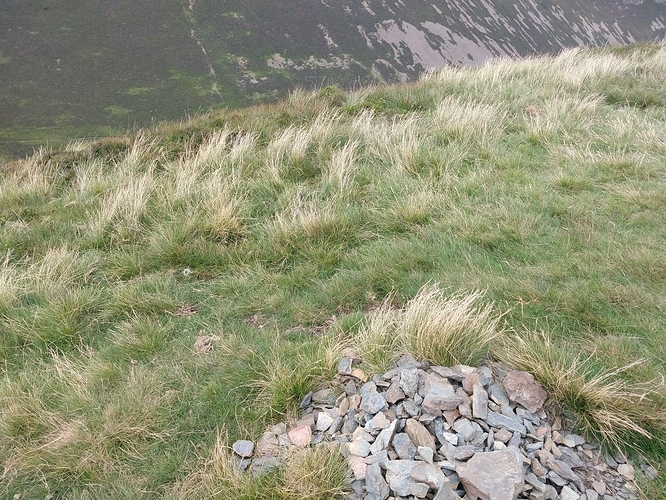 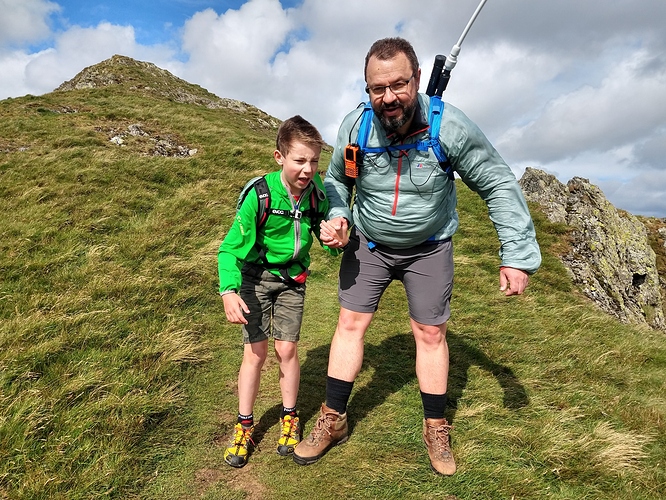 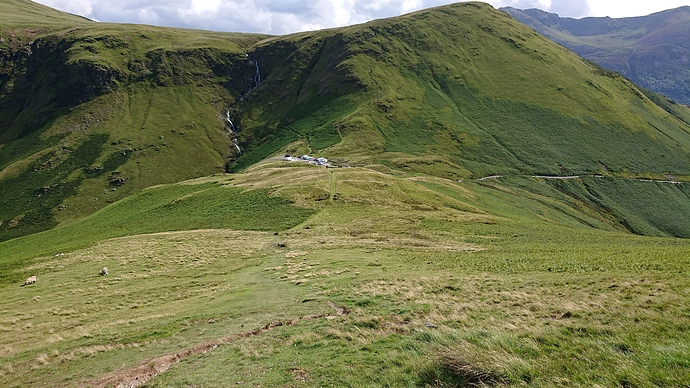 Both boys really enjoyed the walk / run back (them running, not me). Luke had a few minor wobbles when the wind really picked up, but overcame them quickly and they were off again. I could see them getting into the car while I was heading down. What is must be like to be a kid again. 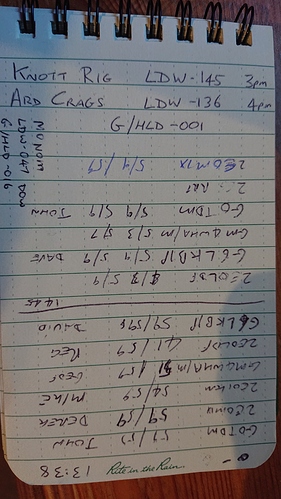 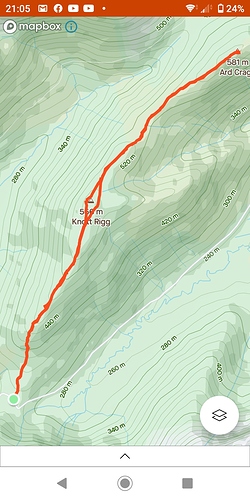 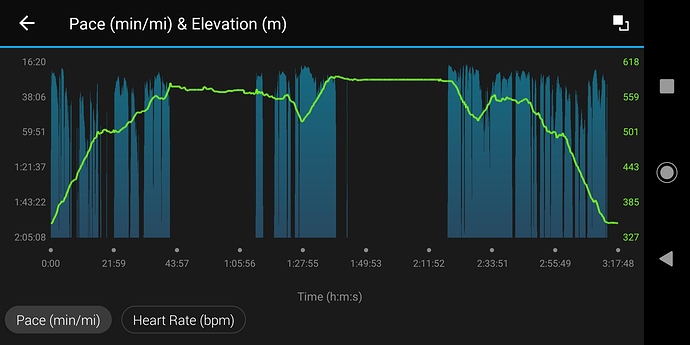 Thanks for both summits. You did the same route as i did just over 10 years ago! Your aerial is doing well as i was also listening to my home station using crossband on a handheld when you were on Ard Crags. You were a very good signal.at my home QTH.Ard Crags is normally a difficult one from home. I was in the car when i worked you so it was an intersting comparison for me.