My initial thought for this trip was I’d like to do Blencathra again. Last time I ascended from Threkeld - but with this being a bank holiday Sunday was fearful of there being any parking. Examining the local fells it became obvious that if I set off from Mungrisdale it would be a longer walk but gave me the opportunity to take in three Wainwrights on route. 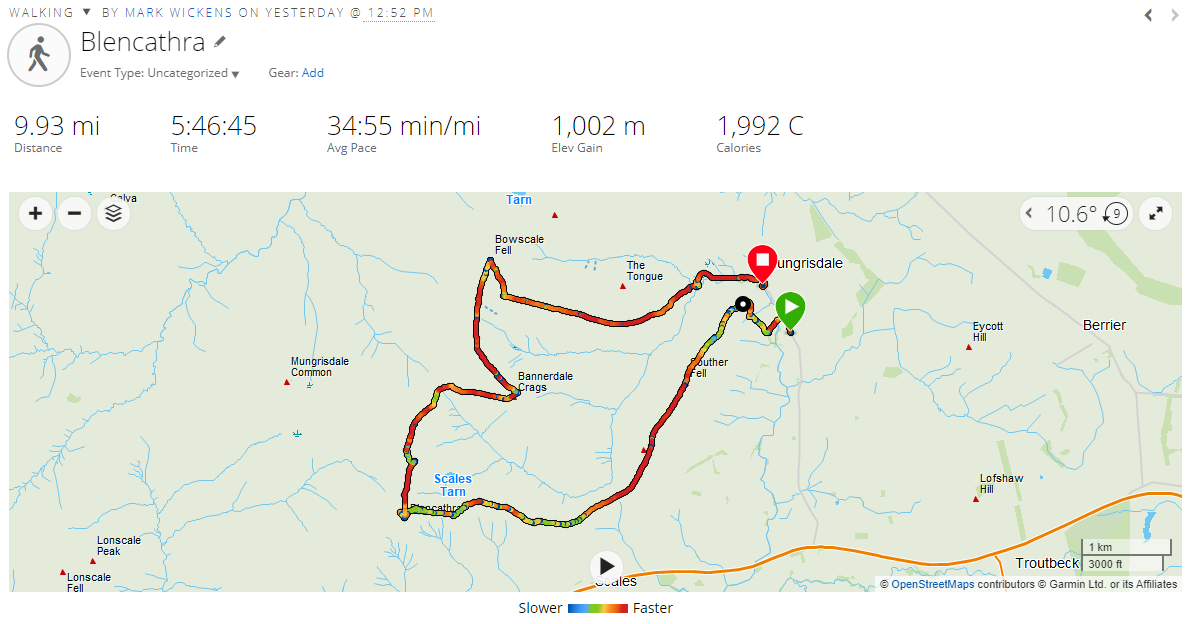 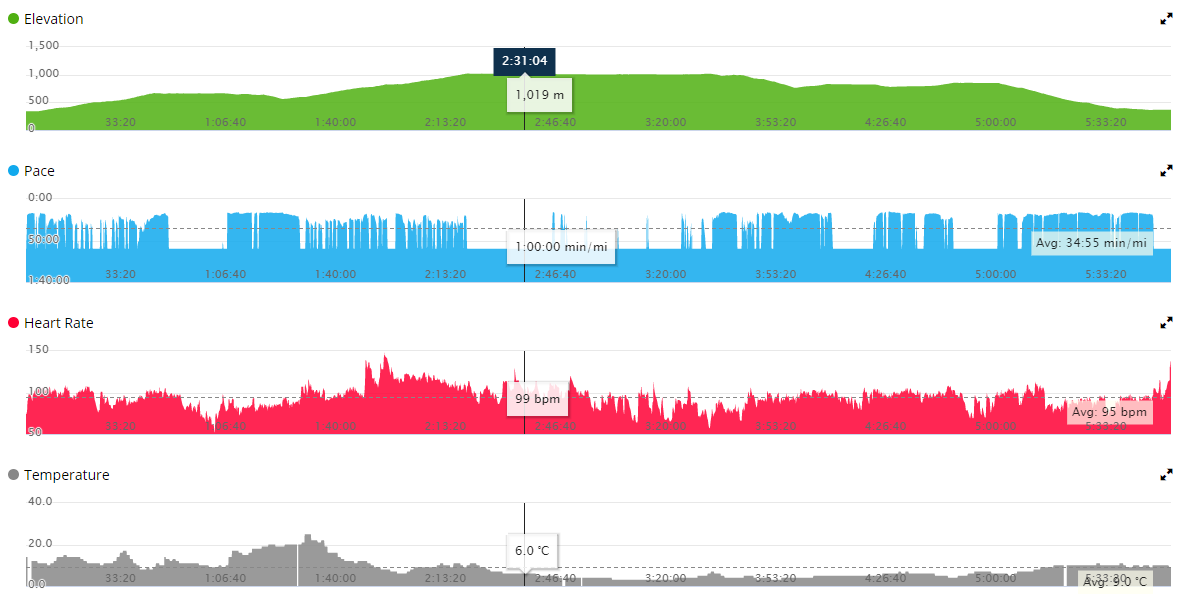 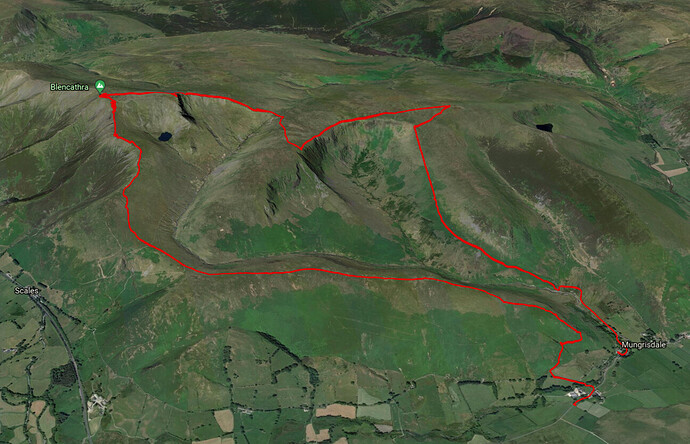 No problem with parking in Mungrisdale. My spot was just on the entrance to the village, but the road is wide, there is a honesty box further North with lots of parking on the side of the road, and half a dozen parking places opposite the Church Hall.

There is a clearly signposted right of way on the left-hand side of the road as you walk North that takes you down over a foot bridge to pick up a tarmac path leading South. At the end of the path is a gate, with the walk on the fell starting on the right. You track back North towards the nose of Souther Fell. The path is initially steep but does calm down into a consistent drag.

On the ascent to Souther Fell I responded to a CQ call from Patrick 2E0VGF driving down from Scotland, having dropped his daughter at University in Aberdeen. Dave G6LKB then contacted me, he was /M at Junction 40 of the M6. In response to my alert for Souther Fell, a new chase for him, he had come out /M to work me! I said I was planning on doing Bannerdale Crags too - also a new chase - so bless him he stuck around for a couple of hours while I trudged up to Blencathra, and then onwards. 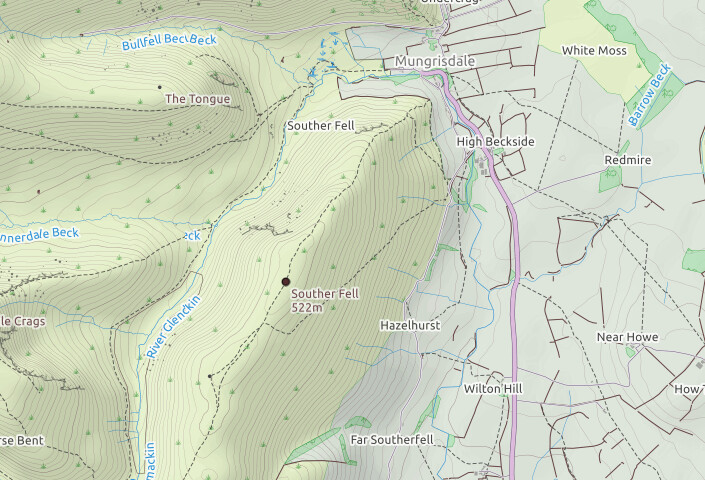 The lack of rain over the last few weeks was really showing on these fells. Whilst there is some dampness under foot in places a lot of the wild grass is tinder dry, and I totally understood having felt the grass how wild fires could spread.

Looking South there isn’t the path on VHF that there is from Blencathra towards Morecambe Bay and Lancaster, so it was no surprise that I didn’t get anyone chase me from that direction.

There were three operators activating The Cheviot and they kept me entertained with their QSOs on the ascent to Blencathra. I was somewhat fascinated with the detour off my path to Sharp Edge on which several folk were braving the ascent from this direction. I’ve heard it is more extreme than Striding Edge, and it certainly looked it from my direction. Definitely not one to tackle on the descent! 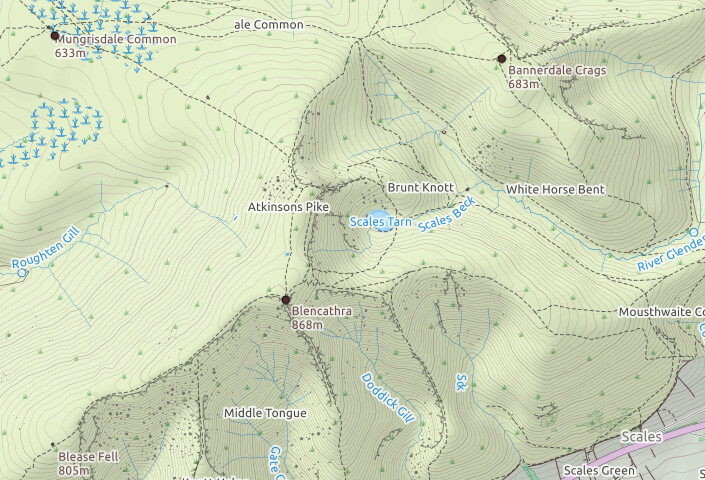 On the ascent to Blencathra I had heard Jack GM4COX/P calling CQ SOTA GM/SS-130 Griffel (a very easy copy given this summit is south of Dumfries) and responded. As it happens he was very chatty from this summit and he was still on frequency when I reached the top, so first in the log as a SOTA S2S.

For HF 20m was suffering from massive QSB, signals dropping from 58 to no copy and back again. 40m was noisy and I may have picked a frequency with too much QRM. I had to walk towards the ridgeline to get a mobile phone signal, so couldn’t afford to be picky. Summit conditions were also against me with a biting NW wind ensuring that my hands were slowly freezing. No chance for CW in this conditions. 80m was working well, S0 noise and most stations coming in loud, but not that many folk about. Probably for the best as, having munched a sandwich whilst reclipping the Band Hopper antenna I was ready to pack up and get moving.

The walk to Bannerdale Crags was fairly straightforward, and although the crags form a semicircle you don’t get any impression of the drop off on the ascent. 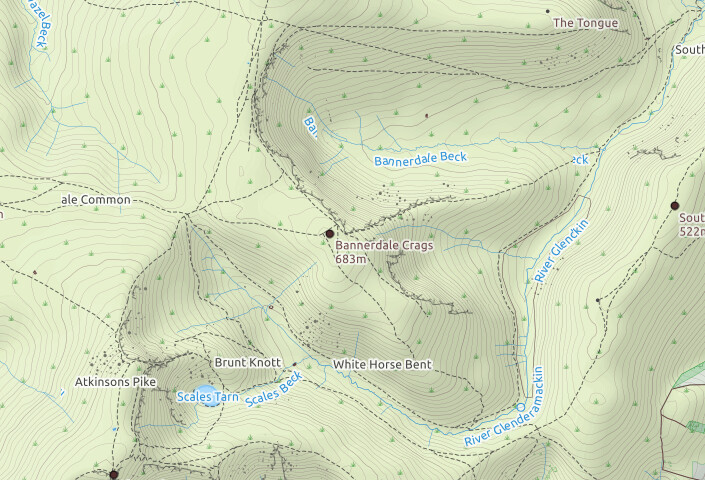 Back in the shadow of the Helvellyn range no chance again for contacts to the South.

Although on the map Bannerdale Crags looks like a detour from the direct route to Bowscale Fell it was a pleasant enough walk with nice views down the crags.

The final ascent to Bowscale was a just a trudge this late in the day. No problem with footing, but it looked like it would be boggy when wetter. 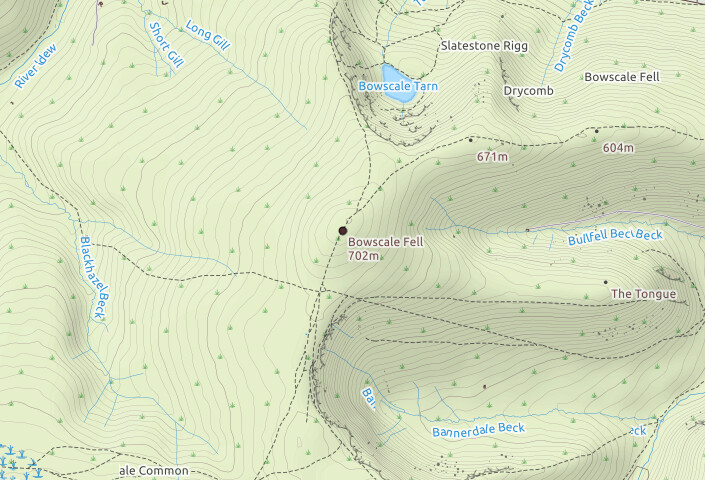 Had a couple of new contacts from Bowscale including Hayden in Wigton and Ian near Hadrian’s wall. The cairn stone horseshoe wasn’t high enough to provide any protection from the wind but did give me a seat at least!

On my walk from Bannerdale Crags I had spied a path running down the valley above Bullfell Beck and decided to take this path rather than following the ridgeline path just because I’d had enough of the biting wind! It was a nice steady descent and just before I hit the village there was a section of concrete slabs over very boggy ground, would have been no fun without these!

I stopped at The Mill Inn and had a surprisingly nice pint of Dizzy Blonde - I’m not generally a big fan of Robinsons beers - and contemplated the day before heading back down the road to the car, only 5 minutes walk away.

That’s a wonderful area. I was brought up around Carlisle and the northern Lakes were a regular haunt. We often entered a little north of Mungrisdale via the road up Mosedale. Carrock Fell was often visited.

Thanks for the reminder of what I’m missing!

And many more thanks for the very comprehensive report.

As I was walking @2E0GQM John I was thinking how different the fells in this area are, and just how huge they are, most folk looked like specks!

The north west Lakes are a quiet area. They were the nearest to us from Carlisle and we could easily get there for an evening walk. This was 50 years or so ago and things might have changed! I’m looking forward to returning to the area in September for the SOTA weekend,