The Anysecu WP-9900 also sold as a QTY KT WP-12 is a small, lightweight mobile 25w VHF/UHF rig. I know some activators use small mobile rigs for the extra power gained over a 5w handheld, and my plan is to combine this rig with a Dual Band Flowerpot Antenna.

The WP-9900 is unique in that it is the only new mobile rig sold that is fully waterproof and is controlled completely from the remote microphone.

There are numerous reviews of the rig on Youtube and the internet, for example.

The plan is to mount the mobile bracket on an old nylon chopping board together with a LifePo4 4200mah battery, with the flowerpot (vertical dipole) antenna connected and ready to go. The rig can be turned on/off via the handmike which is waterproof, and fully controlled including volume. This makes summit setup time essentially zero for a modest weight increment over a handheld.

Any words of wisdom for creating a flowerpot antenna gratefully received - I know they are in fairly widespread use.

I got my rig from Mirfield Electronics - Martin was great to deal with. They are currently £110 + £6 shipping.

I have been using my FTM-7250D for SOTA/WOTA with x2 5Ah Makita Drill Batteries and a buck converter. (I think I may have broken it though as had been using it in the car for ages - the buck converter, not radio!). My plan was to mount it, as you have suggested, on a board (Reg did me a Carbon Fiber Board) a little while ago.

The rig you have purchased would have significant advantages give control is via the fist mic. I like that idea a lot.

I have a 2m flower pot that I made, using Reg’s antenna analyzer. I’ve used it on 70cm without any ill effects (but only at 5W). Another option to consider it to use a mobile whip. They get on better with low branches especially if you make it so it can be easily unscrewed!

Thanks for the info. I know what you mean about the mobile whip. I’ve been toying with the idea of making the flower pot out of flexible material, possibly hosing with a carbon rod up the middle. I was going to order a load of bits but then thought it would be more prudent to make one out of what I have already in the first instance.

I’m going to borrow a NanoVNA which should help me tune it up. Previously I’ve used an FT-8900 in a similar manner, but the lack of control without having the head accessible was a pita.

The rig looks very interesting, we’ll take their word for it about water-proofness of antenna and mic sockets! Looking forward to hearing how you get on with it. 73, Phil 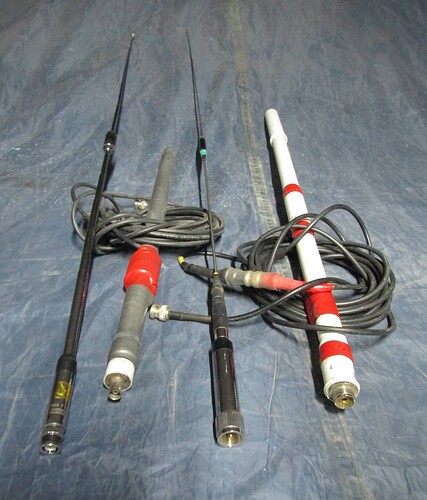 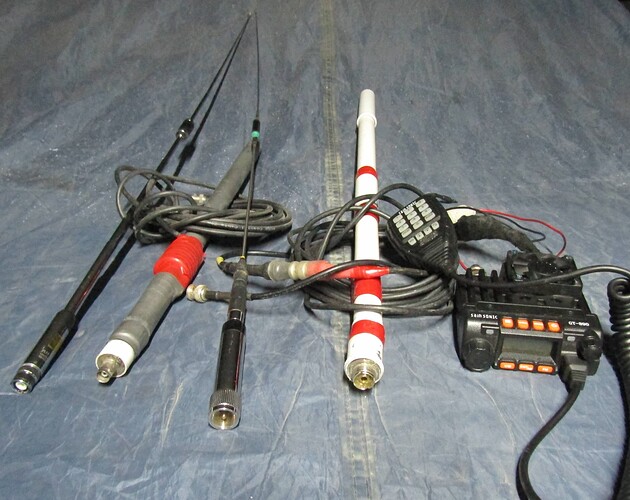 Thanks for the info Reg. I had no luck with an FT-8900 when I first started with good ideas too and it didn’t work out.

Using this radio ‘pedestrian mobile’ wasn’t even part of the plan when I bought it - but I ended up with two because I had bought one second hand off eBay. The plan is to fit one to the motorbike for static use, and if this doesn’t work out I’ll put it in the car.

How do you rate the flowerpot @2e0ldf with your experience? My plan is to create a slimmer and more flexible version, probably with RG174 rather than RG58, within the antenna, with a connector on the bottom that you can connect better cable too if required. With suitable rigidity it might make a plausible motorbike antenna too (possibly only for static use). Still experimenting.

I’ve made a flowerpot now with 25mm tubing as per the above plans and some additional tube to cover the run down the side of the rucksace - quite long aren’t they! Hence the idea of having one that has some flexibility to it. We are fortunate that most LD fells don’t have much in the way of trees at least!

I’ve made a few Mark and they’re my favourite, well for 2m at least. I’ve not managed to use this in anger yet but I designed a 3d printable former for rg174 (and one for rg58)

If you’ve got a printer then give it a go. If you don’t give me a shout and I’ll print you one.

Looks great Alex. I’ve got a mate who has a 3d printer, but I’m sure he’s beginning to think I only contact him when I need something printing! Can I ask what you are using for the antenna support above the former in your image? It looks fairly thin? I’ve had samples from MK Plastics for 7mm and 8mm PVC tubes, I’m asking if I can get 1m lengths to determine which would be a better compromise between flexibility and rigidity.

I used some fibreglass tube from EC composites. I’m not sure if it is going to be good enough / get broken in high winds. The fibreglass rod is really flexible but it means you need to fix the coax to the rod. I thought I’d give this way a go.

Just about the right size for RG174. The next size up could work for RG58 but you’d need to remove the outer. I’ve got a plan for this but not quite managed to finish it off, my excuse is a lack of connectors…as if

There’s a bit of a write up here - 2m Flowerpot antenna – g7kse.co.uk

p.s. seeing as its not blowing a hoolie and chucking it down I will go to Blake fell and give it a go this afternoon. Should be up there by about 15:00 hrs.

I tried to persuade MKM to send me some 1m samples but no joy, so I ordered from your suggestion Alex and I have one length here with a couple more on the way.

Interestingly I think the glassfibre construction is heavier than the PVC tube but I wasn’t convinced the PVC tube would hold its shape at 6mm.

The former is a great idea, and I like how you then also use that to connect between the 6mm antenna tube and a 25mm rucksack-friendly base.

I’ll let you know how I get on. Thanks so much for the advice and tips.

Succesful test today of the rig+antenna combination - 63km to Rick 2E0FRS in Kirkham from 5 mins out of Windermere. Not line of sight, and I had to position myself for highest signal which was around 53. 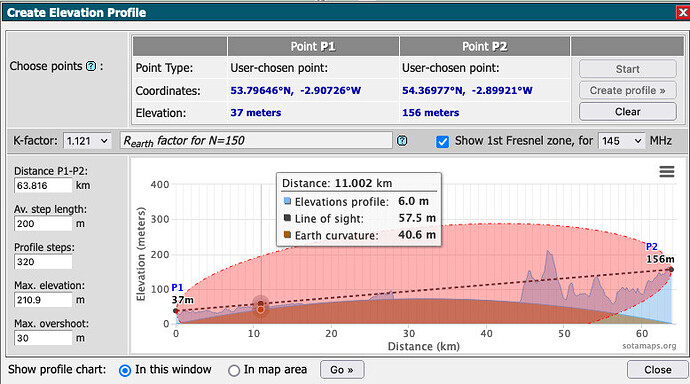 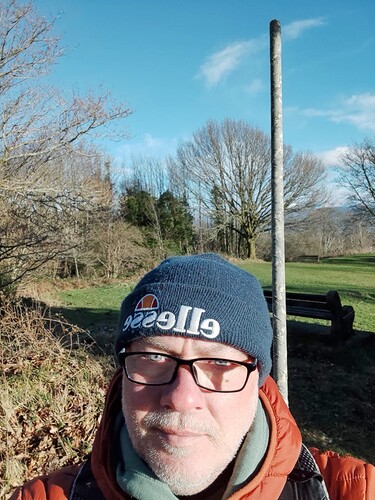 Ah right, yes the whole setup. So I have a general rule that everything should be able to be interchangeable. In english this means that everything fits together with 20mm male parts and a hole of 20.5mm. At the moment I use an ex walking pole with the handle removed and the bit that goes into the ground. There’s a guying bit that goes on top of that with a female joint.

I currently use short ~50mm piece of thick walled pvc (none of that cheapo b&q stuff, I spent nearly a £1 more for 3m of the finest 1mm wall thickness pvc conduit. The sections have either a male or female coupler on it so I can build up an antenna that doesn’t get battered by the wind. I think I’m going to swap the pvc for carbon fibre but its not important.

Here’s the setup in action with my original flowerpot. Orange bits are 3d printed.

I’m not totally convinced by the hard fibreglass yet. I might split an RG58 version so it all fits inside the rucksack or at least in a shorter drawstring bag. It’ll stop me cracking it on a tree or something