i got up early knowing it would be hard to get a parking spot down Ullswater, the fells at home were covered by mist and i wondered if it was worthwhile going
on the drive up the A66 it was foggy and the top of Troutbeck the visibility was about 100yards, but started to lift when i dropped down past Gowbarrow 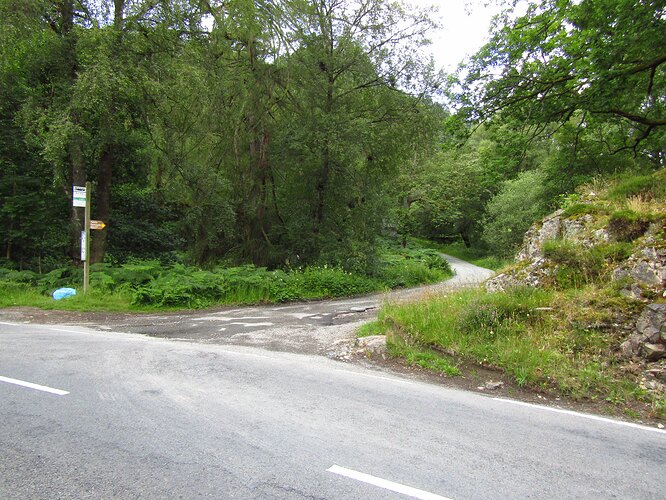 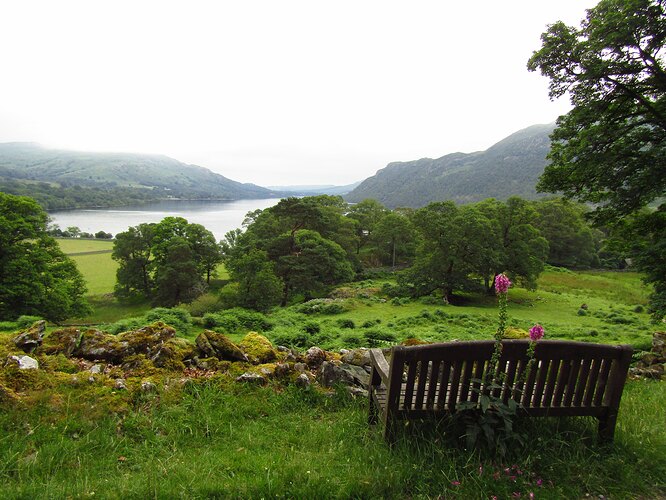 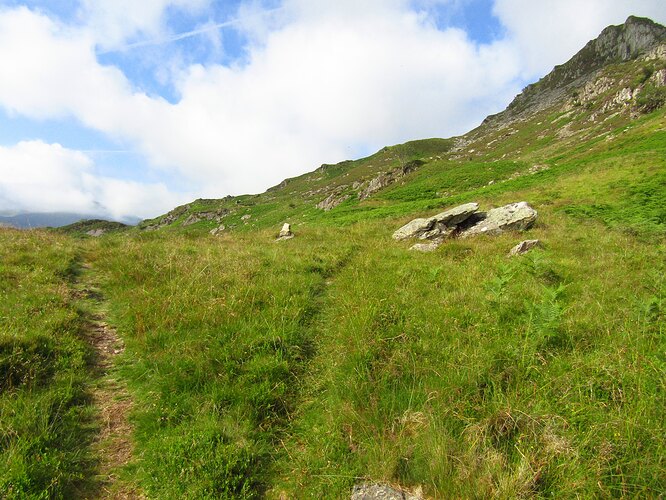 further up the path splits to the right 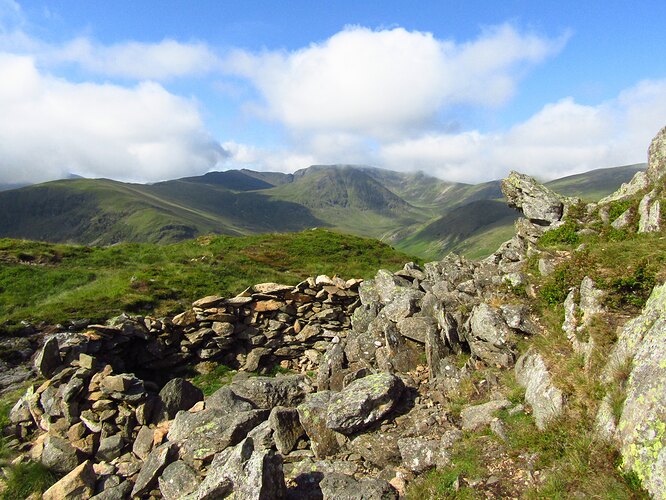 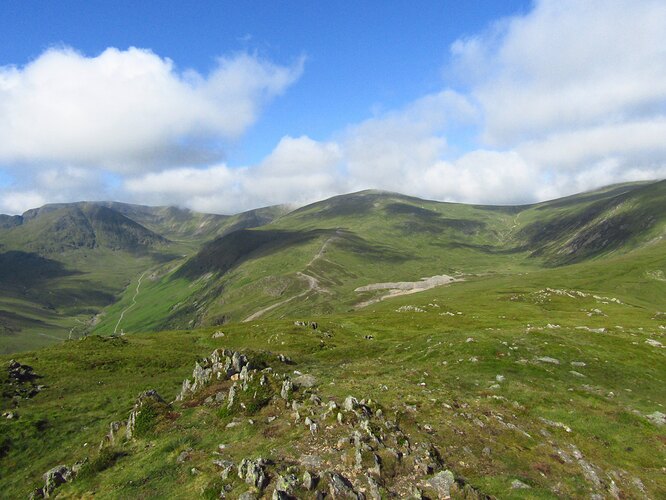 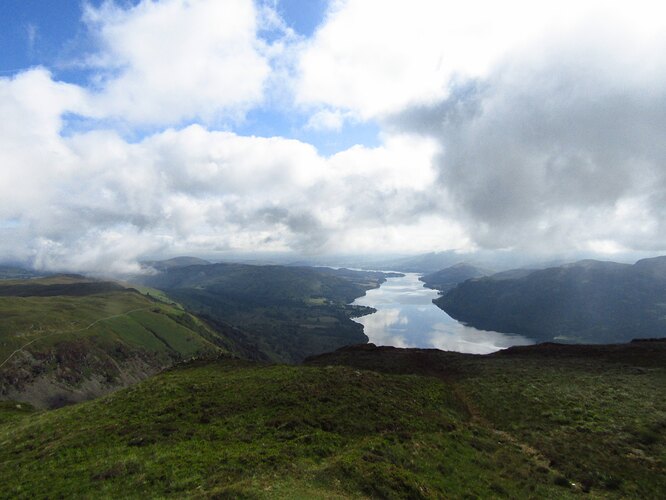 the cloud starting to lift 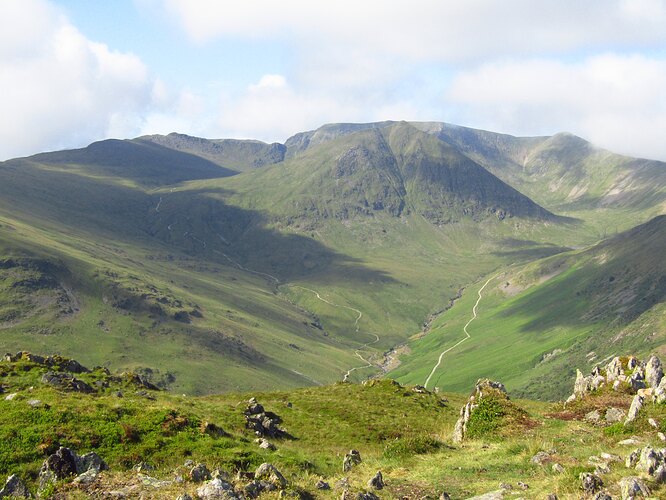 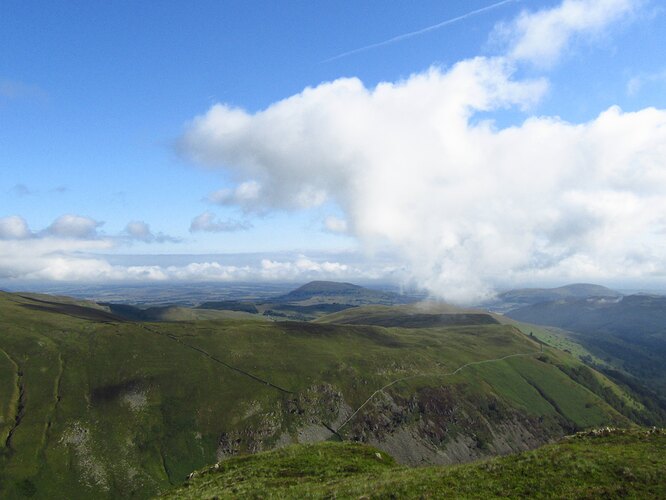 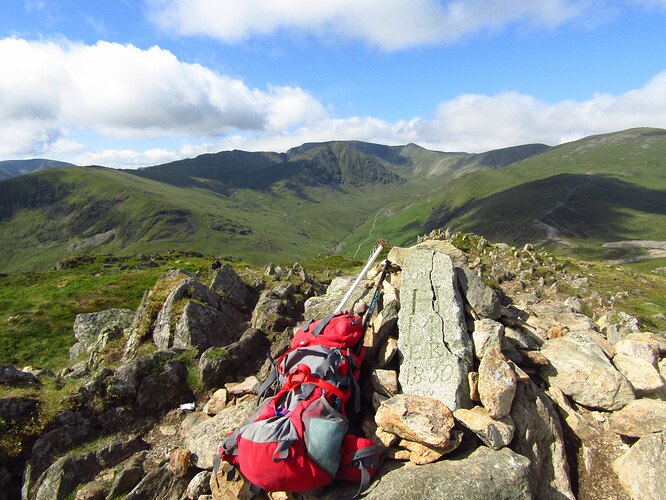 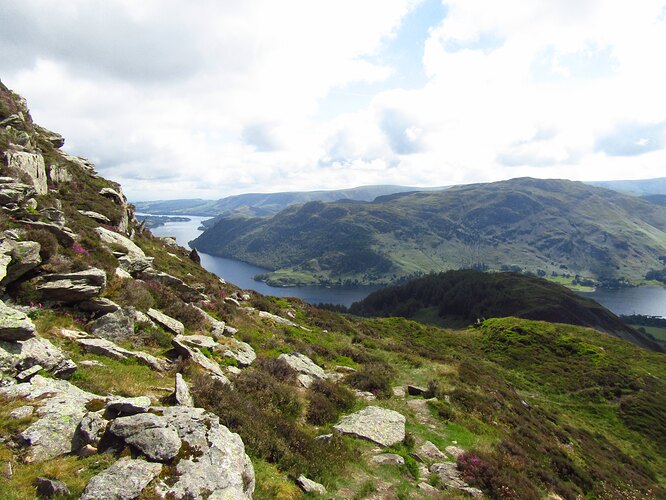 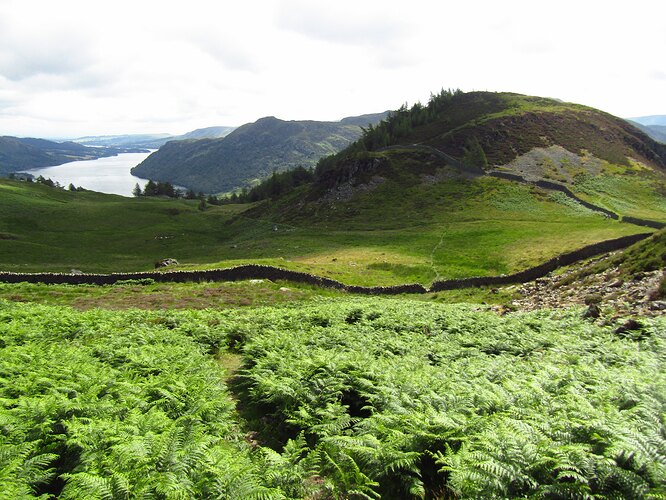 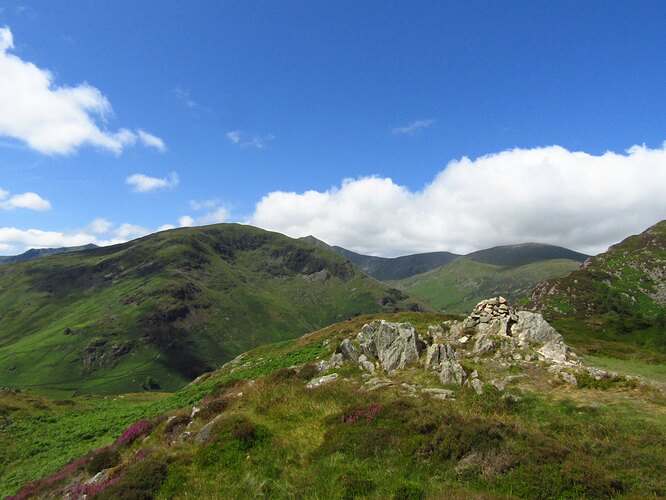 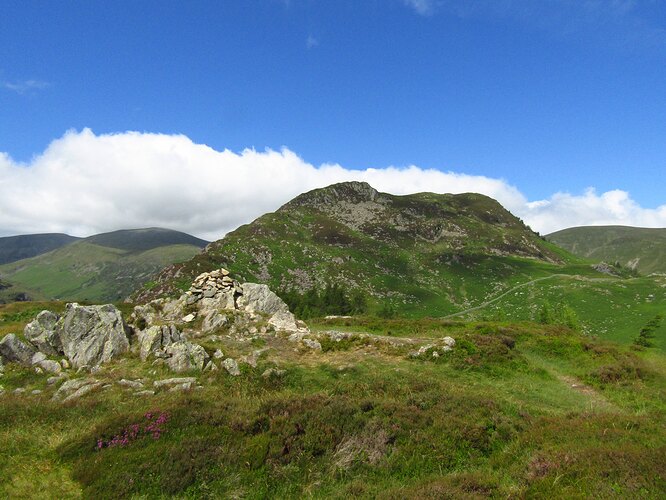 over to Sheffield Pike and the southeast ridge i came down 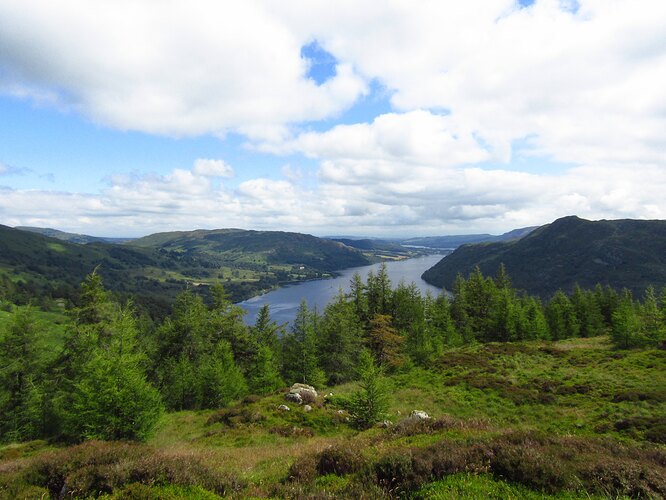 much clearer down the lake now 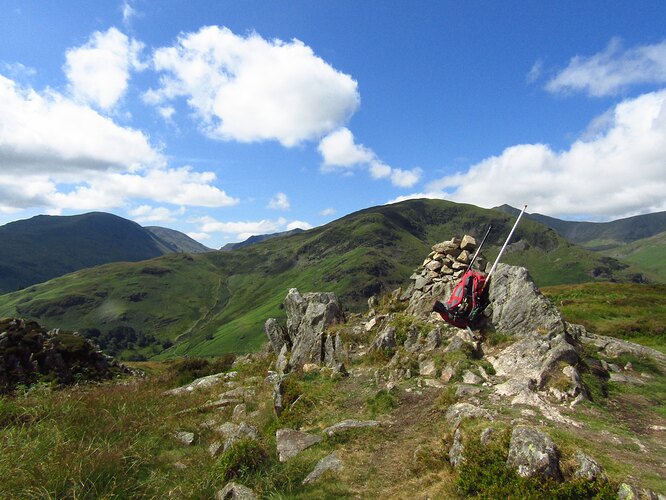 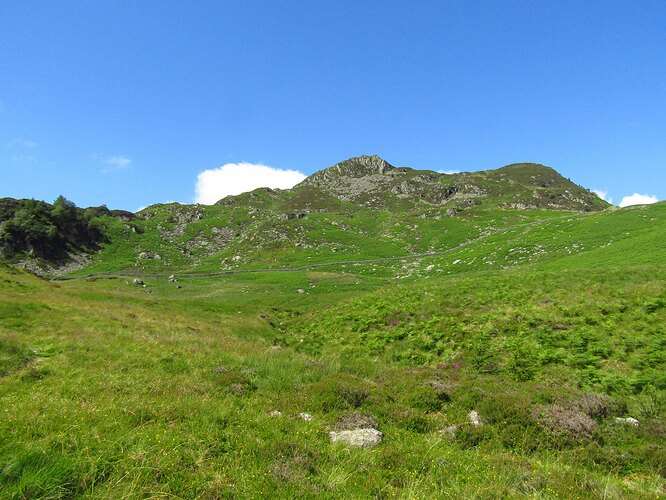 now on the way down a last look back to Sheffield Pike, my route when up in between Heron Pike and the knoll on the right 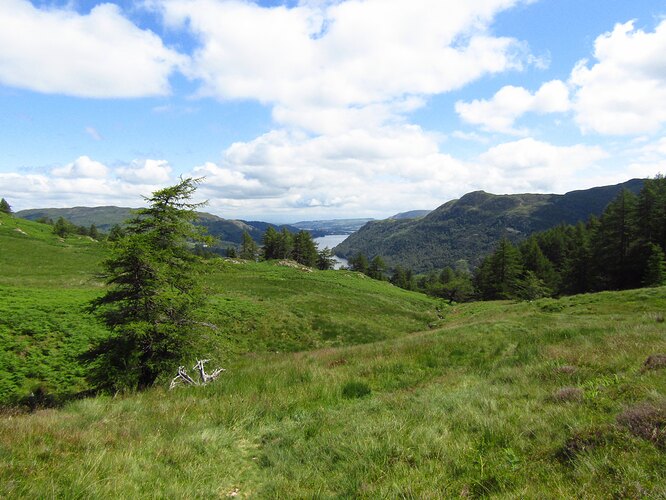 the path down was probably a mistake with a antenna and roach pole on my bag, the path through the wood’s was narrow with lot’s of overhanging branches to snag on
but that said it was a great walk i would recommend to any one
thanks to all chasers
73 reg

What excellent photos. Looks like a great route to those 2 fells. When we exchanged 31 reports i was surprised as where i was parked i can work Sheffield Pike. However i decided to wait and see if you got any stronger. When you called on s20 you were an armchair copy, No problem at all. Very bizarre in the signal differences. I have experienced a similar thing over the years where a station is extremely weak on one frequency but far better on a different one.

Just to let you know i did hear you on Glenridding Dodd. I was between Eaglesfield and Waterbeck going to pick up my daughters friend and you were a reasonable signal.