i left the car at 9am i was the only car parked,the wx looked good so had high hopes for a good day on the hills about half way up steel fell the mist started to roll in on reaching the summit i could not see more then 10 yards and very cool,at that point to elderly ladies came out of the mist we had the now customary conversation of what i was doing we said good bye and i got on with the activation
G6LKB
G7CDA
G1OHH
2E0FTU
G1PIE
M7XUP
GW3GUX
2W0UAS 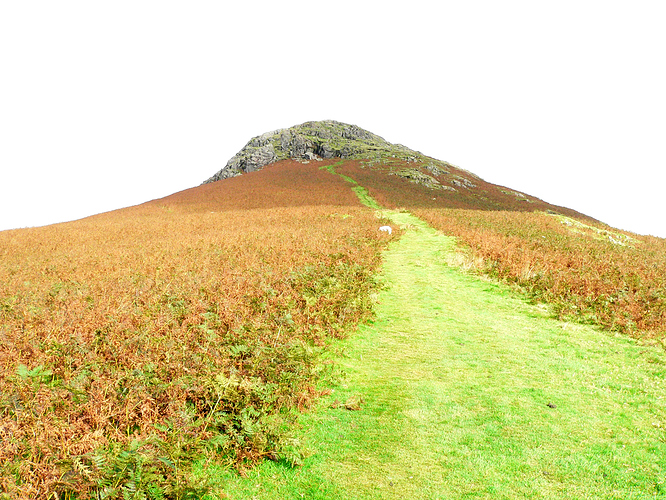 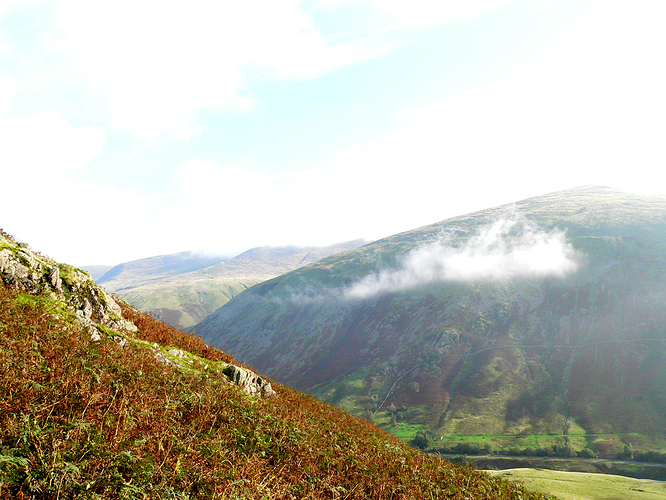 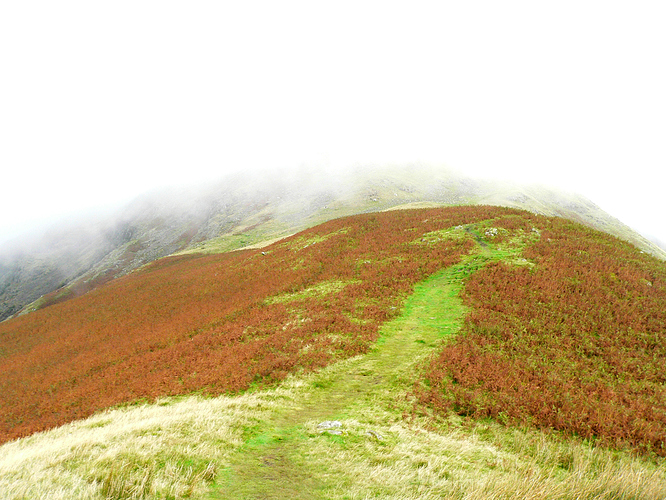 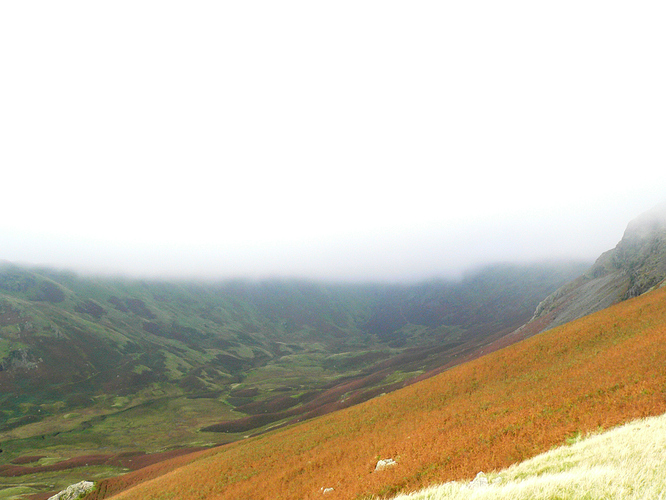 P11006832560×1920 1.87 MB
some where in there is calf crag and it took a lot of finding
the two ladies that were on steel fell were also wondering around looking for the summit
but one had a GPS so i set my map and compass by it and set of in the direction i thought was right and after a while i came a cross the summit , the two women came about 10 minutes later and the GPS confirmed it was the top of calf crag 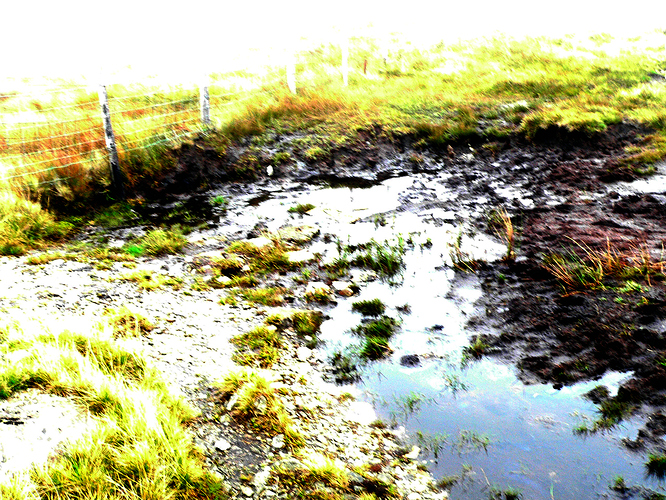 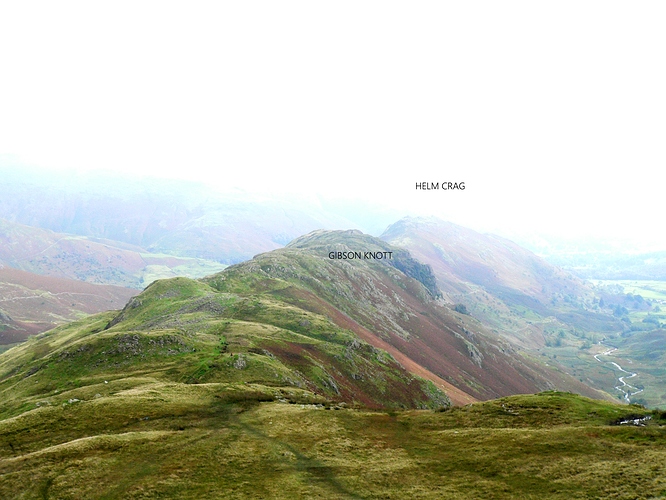 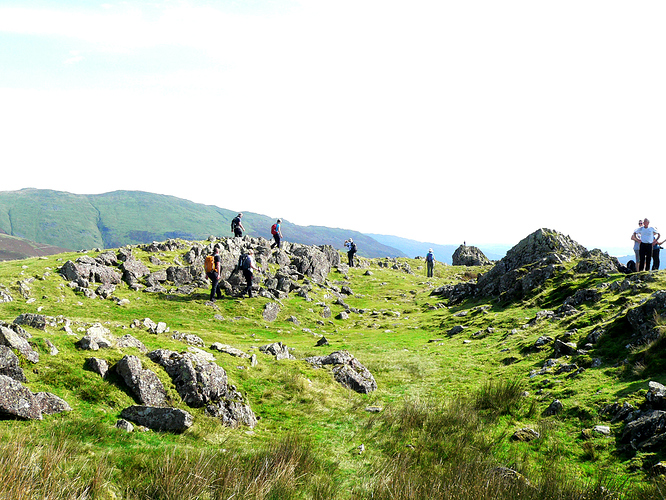 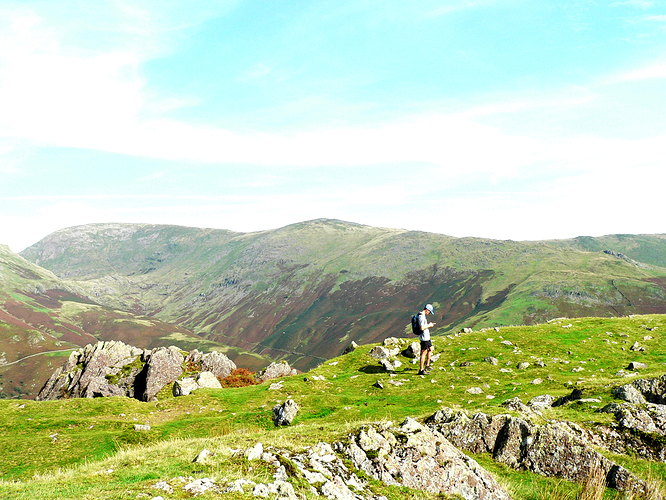 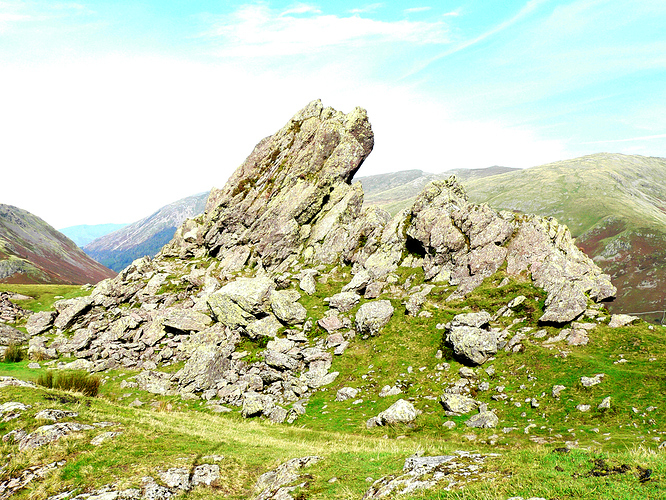 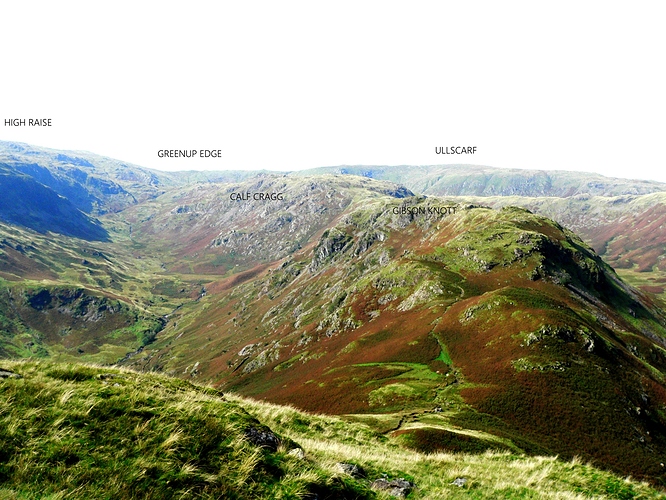 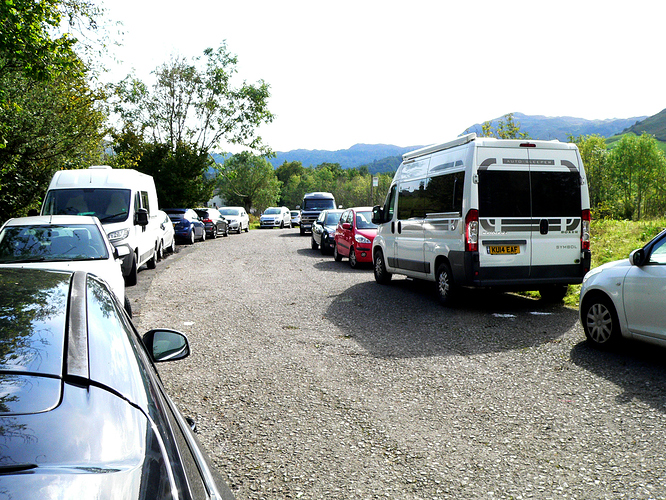 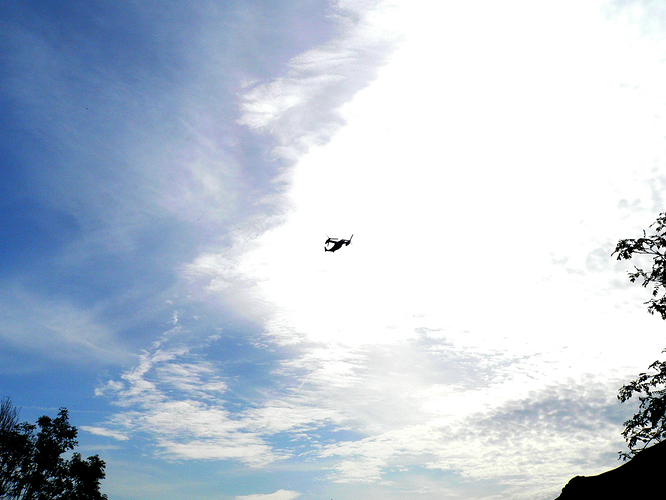 Glad you got some good views Reg, you sounded cheesed off to start with, and I was staring at blue skies out of my Velux window whilst working, couldn’t quite understand how you could be in the clag, but then we do live in the Lakes!

Great to get a S2S with you, thanks, and thanks for the report, lovely photos. Will be trying to get some of these summits in on a walk soon, not ventured further than Helm Crag on this horseshoe.

Thanks for the write up Reg, and the photos. That bog looked a challenge. Not sure how you made it across using that fence. Shame I could not work you on anything other than the first summit, especially on a day that I could hear folk from Wales, Preston and Lancaster.

Well done Reg! That’s a fair old walk and not the easiest of summits when in the cloud. I’m glad the weather turned nice for you in the end.

Sorry I didn’t hear you on the first few but very happy to catch you on your last fell of the day from Moel Siabod NW-010. It has been lovely hearing some old friends after being off radio for 5 years.

In the last week or so I have been trying to get hill fit again so hopefully will work you S2S on more WOTAs soon.

Great photos by the way.