With the heavy rain we had overnight on Saturday sticking to the byway that makes its’ way from High Nibthwaite to within 100m of the summit of Top O’Selside was the only way to do this summit on Sunday, with no real prospect of any of the other Wainwrights that - in dry conditions - are so easy to activate on the way. 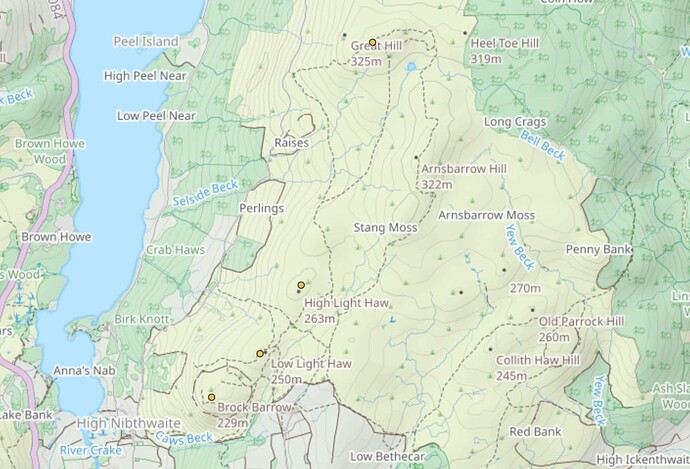 Alex joined me on this excursion. It’s probably around 45 mins easy-under-foot walk up and about 30 minutes back. Low cloud today prevented any decent views of Walna Scar or Coniston Old Man but the South-Westerly fells were visible including The Beacon which Alex and I did one summer a couple of years ago. Failing to find any obvious paths from that car park (the actual path ascended/descended to the main road 200m to the North) we had to battle through some serious Bracken and terrain!

No such problems here - even the 100m ascent on grass is following an obvious path and easy with good footwear. Not much shelter at the summit, the cairnstone pile is hardly big enough to provide any shelter. Andy @G8CPZ was out on Hallin Fell at this time, and had reported 0ºC on the summit which we probably weren’t far off here. Coaxing Alex out had involved the promise of a quick aka non-HF activation so I had the trusty FT1XD with RH-770 telescopic whip which resulted in 5 VHF contacts. M0RSV/M was static mobile at Pym’s Chair which I’d never heard of before in the Peak District and a decent distance at 134km.

Great to hear @G7CDA Douggie and @g1ohh Sue, as well as Dave G6AEK and Allan M1DHA - all dedicated chasers and the quick response was much appreciated given the cold conditions.

Apologies (probably to @GM4WHA Geoff!) to anyone who missed me on this short activation, I hope you understand that I’m more likely to have Alex’s company if the activation is brief. Of course 100m down from the summit and conditions subsided substantially!

Nothing spectacular on the photo front given the flat light, but it was a pleasant (off the summit) and a well needed bit of exercise. Alex’s first excursion to this SOTA/WOTA too. 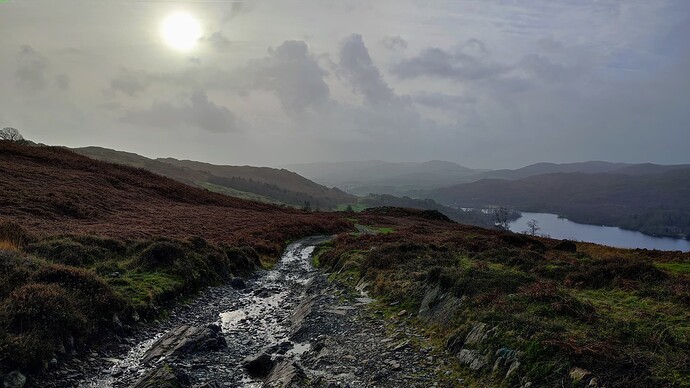 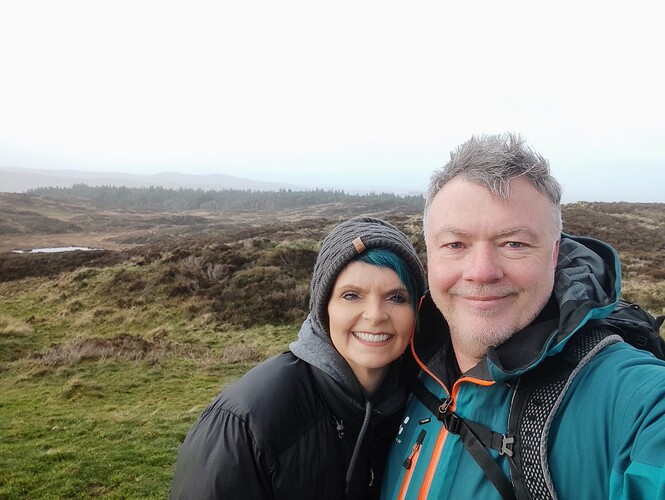 I did have a listen but as i suspected nothing heard!! I fully understand the short activation. On the few activations i have done with my wife and daughter they dont like to hang about to long either especially when its cold!

Andy @G8CPZ was out on Hallin Fell at this time, and had reported 0ºC on the summit which we probably weren’t far off here.

It was very cold in the strong wind and I’m glad I took my tarp and a flask of hot coffee not to mention wearing a Lowe Alpine cap under my hood. Pitching a tarp is difficult on Hallin Fell which like so many LD summits has thin soil over hard rock. A few rocks helped keep the tarp from sailing away. 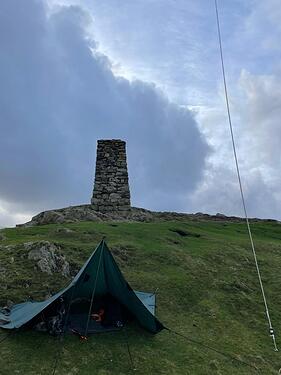 2022-1127 Hallin Fell SOTA 2768×1024 78.8 KB
I’ve suffered from ‘brain fade’ due to the cold on recent activations so I decided to change the habit of a lifetime and do CW on HF first rather than 2m FM first. Just at well as I got many contacts as usual on 30m but couldn’t get a single reply on 2m FM despite calling CQ for a while. No phone reception on Hallin Fell either so I wasn’t able to put out WOTA or SOTA spots. 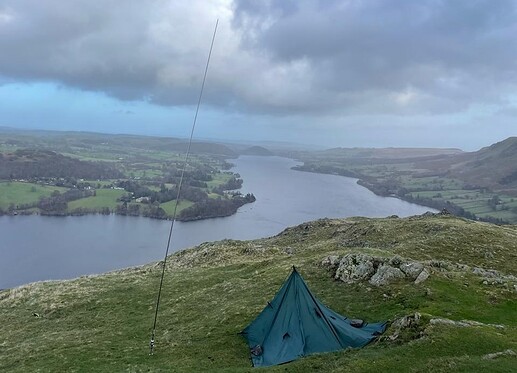 2022-1127 Hallin Fell SOTA959×693 152 KB
Being a weekend the summit and car parking at St. Peters Church Martindale were very busy. One curious man at.the summit was surprised to learn I had been in radio contact with hams all over Europe and was asking me about the differences between shortwave, longwave and VHF.

A commendable effort Andy. I don’t think - given the rock in the way - that a S2S on VHF was realistic.

It’s difficult explaining the excitement of a DX VHF contact when you get Europe and further on HF.