Reg 2E0LDF very kindly agreed to do Ullock Pike LDW-098, Long Side LDW-070, Carl Side LDW-064 and Dodd LDW-174 / HLD-015 for HEMA with me. We met up in a small car park near Ravenstone Hotel. We started walking at 0946 hrs local and we arrived on the summit of Ullock Pike LDW-098 at 11:17 hrs. The walk up was fairly steep in places but it was a good steady walk. As you climbed higher the views onto Bassenthwaite and the fells opposite were very impressive.
The weather was excellent and it soon became quite warm. We were doing comparisons with different aerials on the summit. I was using a simple j-pole aerial like the one I use at home and this was attached to a roach pole at about 20 foot.
12 contacts were made from the summit and these were as follows:-
M7XUP/P S2S as he was on Castle Crag LDW-214
G1OAE
2E0MIX
2E0IKM
GM1VLA
G0UQC
2E0CSS
G7CDA
G6LKB
G1OHH
MI0VBH
MM7MMW/P ON GM/SS-152
We operated from 1117hrs till 1153 hrs.
The views were superb and the walking conditions were perfect. Very often when I go walking the weather is not great as was pointed out by some!!!

While we were operating we saw the Air Ambulance helicopter land on Carl Side.

There were lots of people about and that was on all the summits. Skiddaw and Skiddaw Little Man both looked very busy.

The walk to Carl Side LDW-064 again only took 20 mins or so. I lost 3 sections inside my roach pole so it was only about 10 foot up which was a pity but it still performed reasonably well. We made the most contacts from here and that was 19. We operated from here from 13:01 hrs to about 13:35 hrs local.
The contacts made were as follows:-

We then descended down and caught up with Keswick Mountain Rescue who were carrying someone on a stretcher. It did not look good sadly.
It is quite rough the decent down but going up to the summit of Dodd LDW-174 / HLD-015 was quite easy. It took us about 1 hour from the summit of Carl Side to the summit of Dodd.
Dodd being a lot lower we only got 7 contacts but it was still good. About 5 minutes from the summit I heard Mark M0NOM/P on Cunswick Scar LDO-110 and we exchanged 51 reports. I made contact again on the summit for a S2S . I was just using my white stick and we exchanged 51 51 reports.

I sorted out my roach pole on Dodd and again I had it up at about 20 feet. The contacts were as follows:-

The aerial comparsions were very interesting as on receive there was little difference between Reg and myself but when I had the roach pole up at about 20 feet most of the reports from stations were better to me than Reg. Most of the time it was about 2 s-points. A lot of the stations reports were 59 + 60 although we did get a 59 +100 off Tony!!!
Mike made us hungry as he was eating chocolate cake and Derek was going to be having Beef Stew! I made do with coffee and Mars Bars!
The day was absolutely superb and many thanks to all the chasers and the S2S we got. Many thanks to Reg for going with me. We had good crack all the way through the walk and it was a great pleasure to have his company.
The radio I used was a Yaesu FT-60 which was on continuously from when I left the car at 09:46 till we got back to the car at about 1615hrs. Only the one battery used but the voltage was down to 6.6 volts.

I have attached a few photos and although i reduced the size on my computer the photos looked fine but on discourse they look like very low res photos. Will have a look another day. 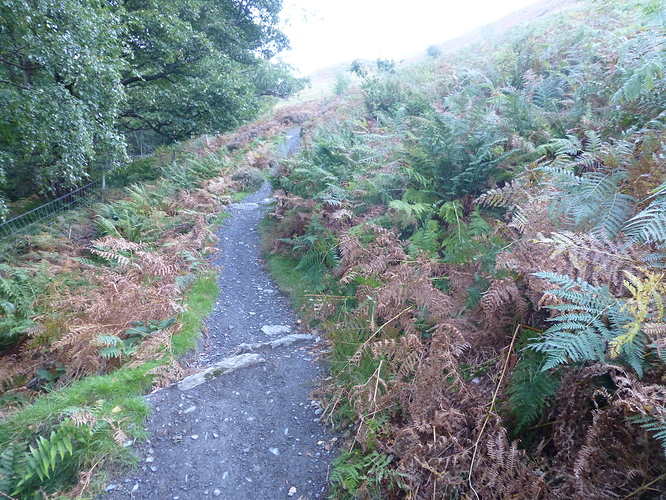 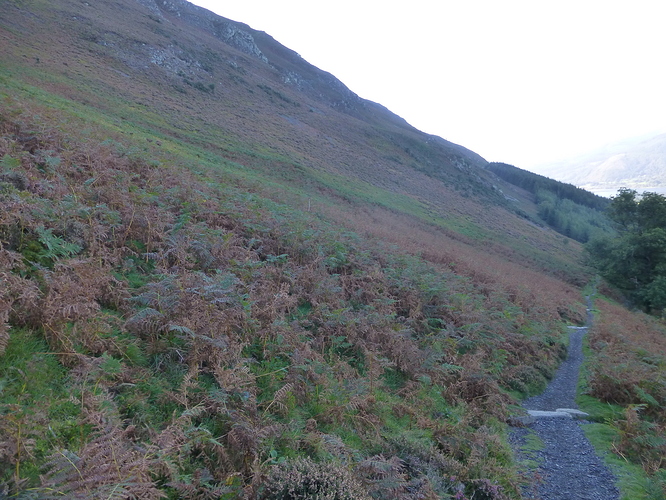 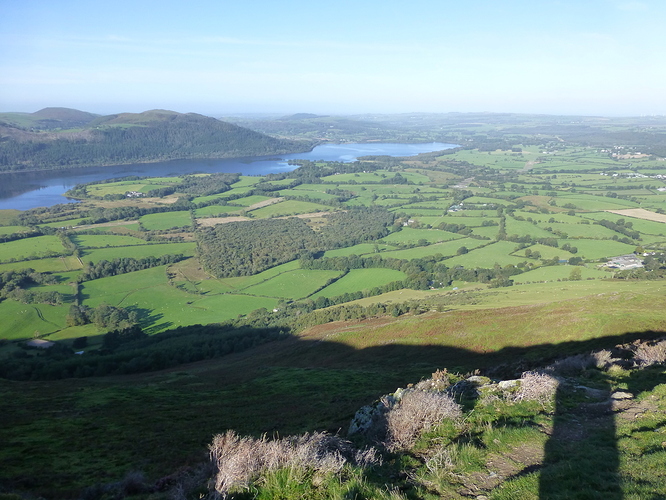 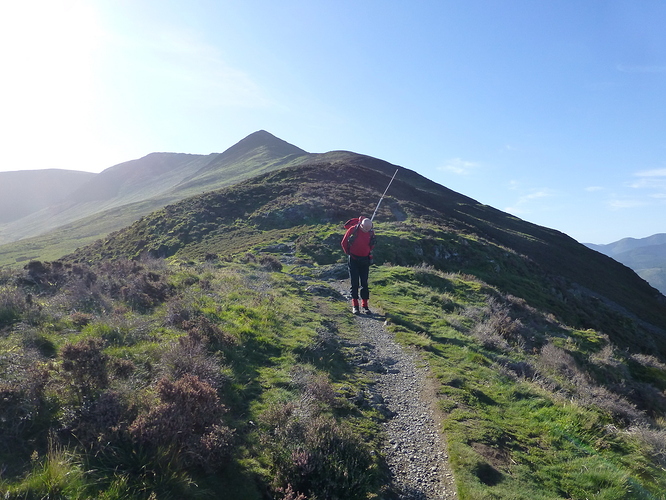 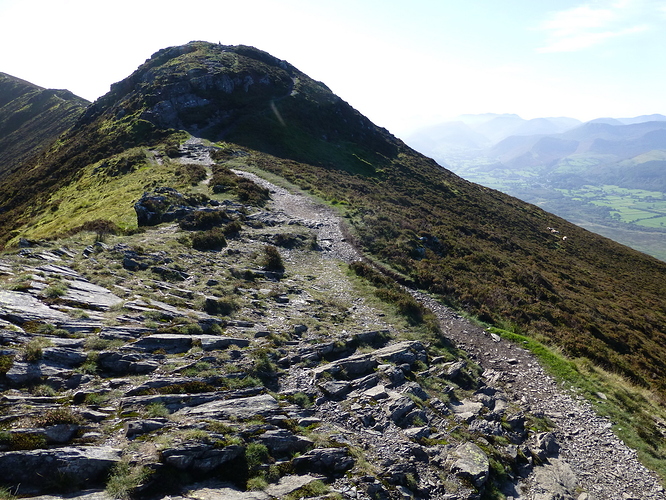 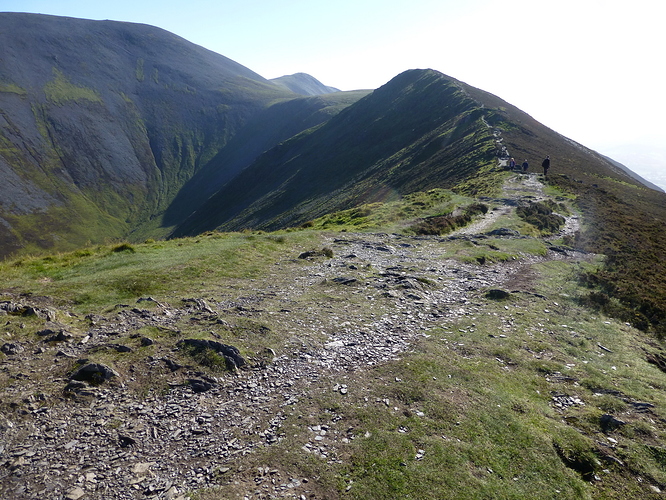 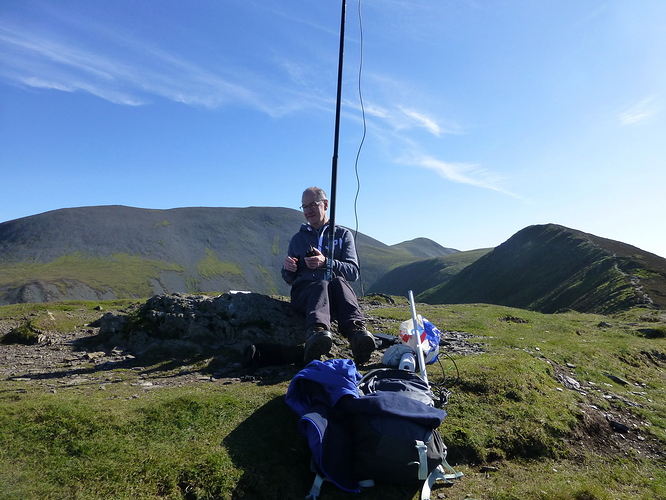 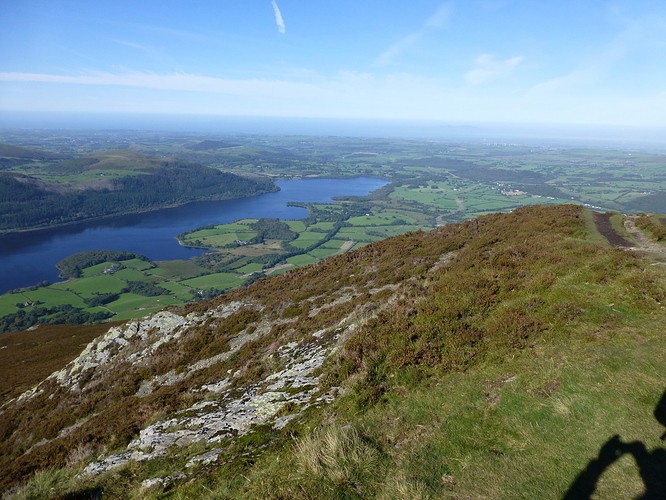 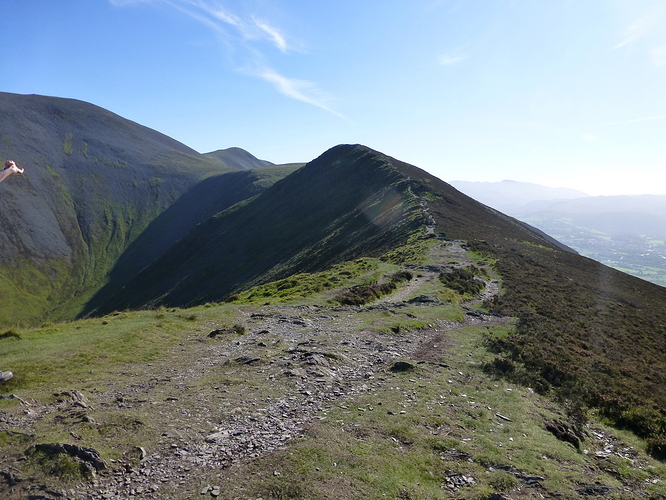 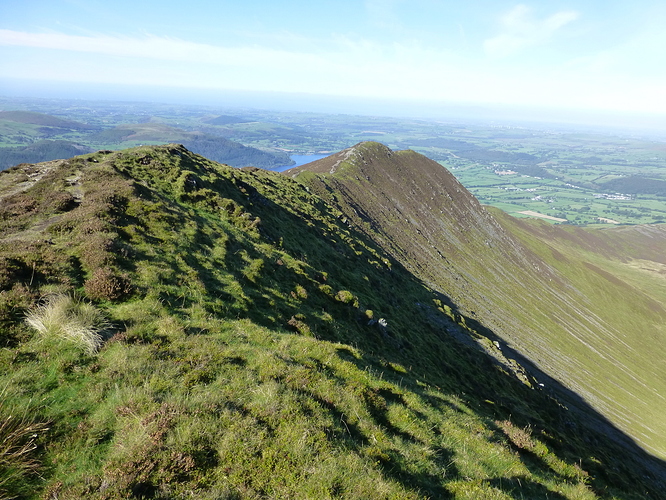 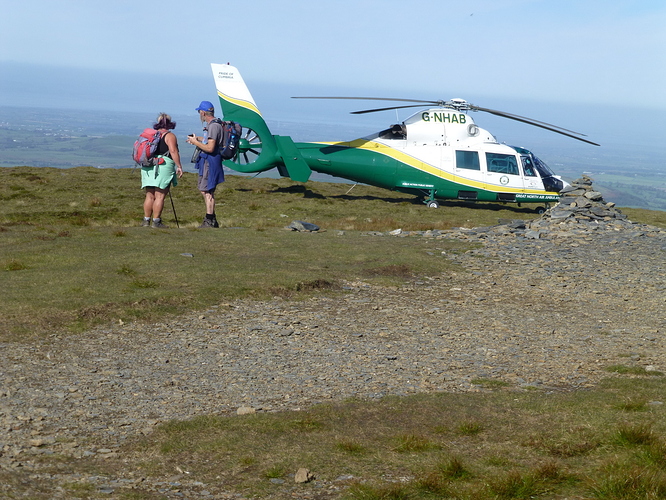 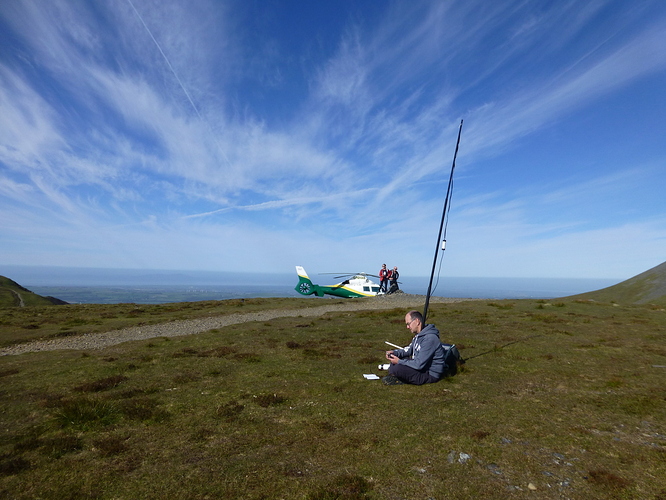 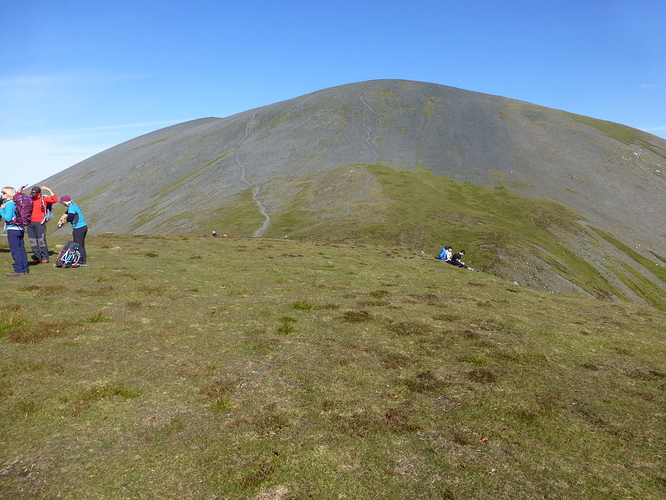 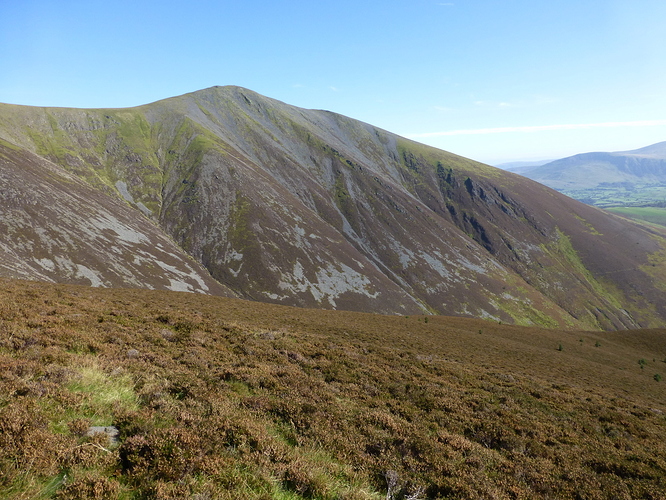 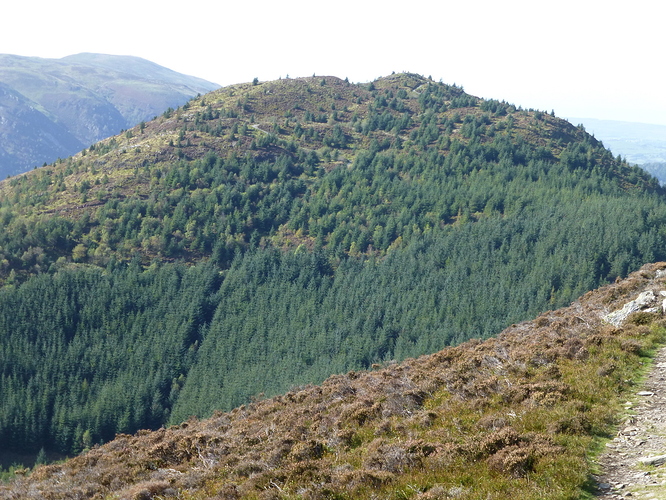 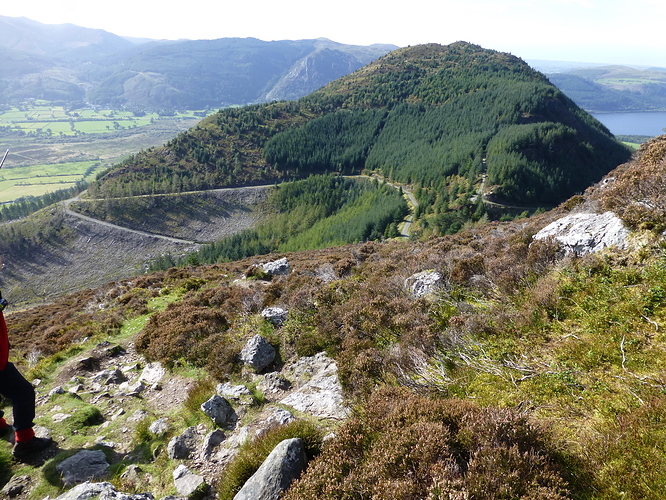 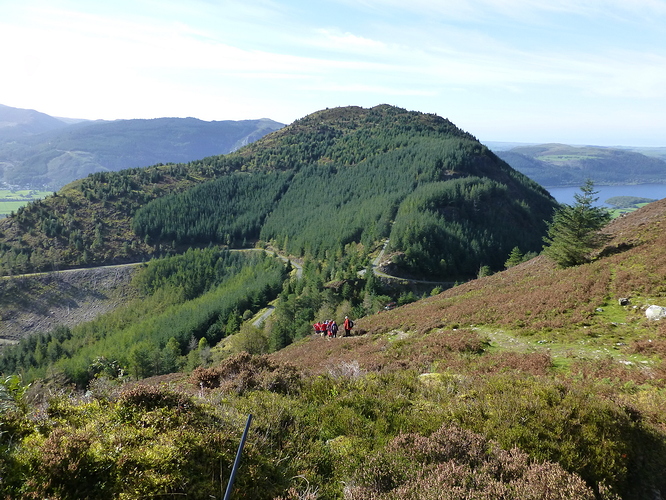 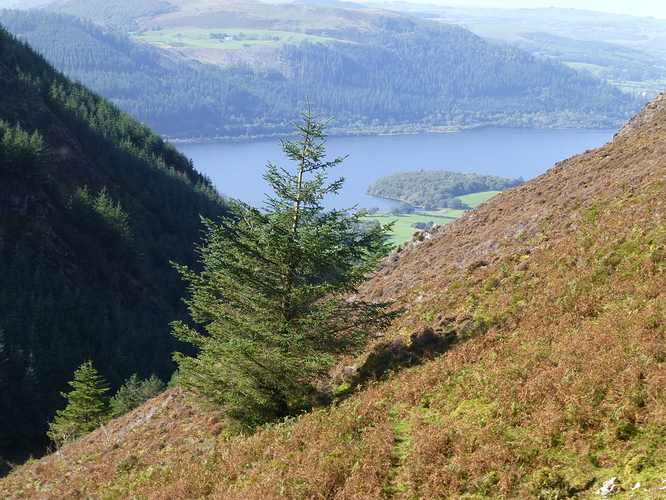 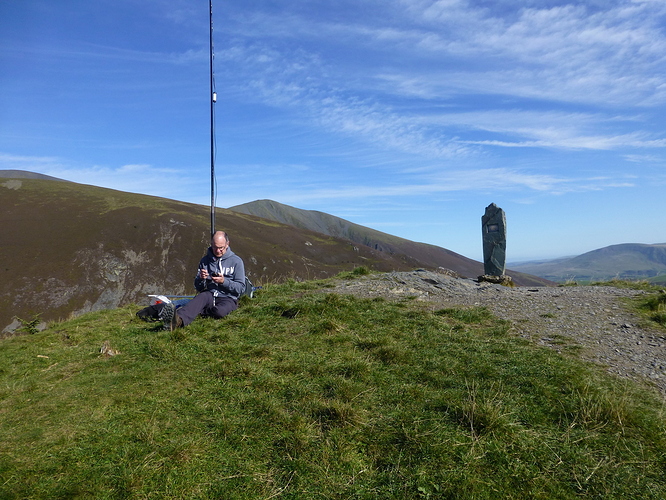 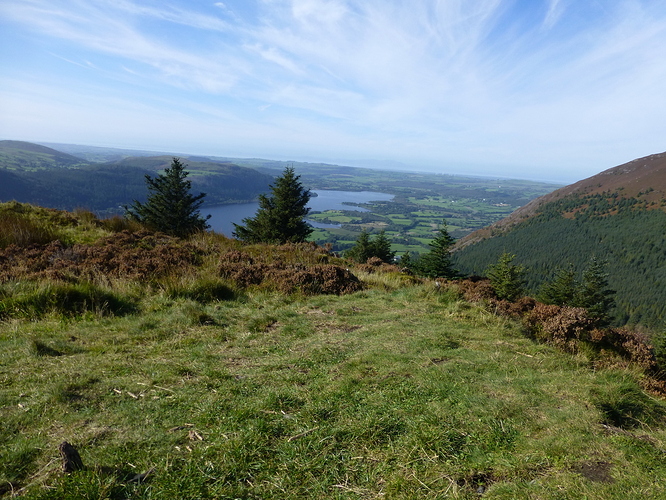 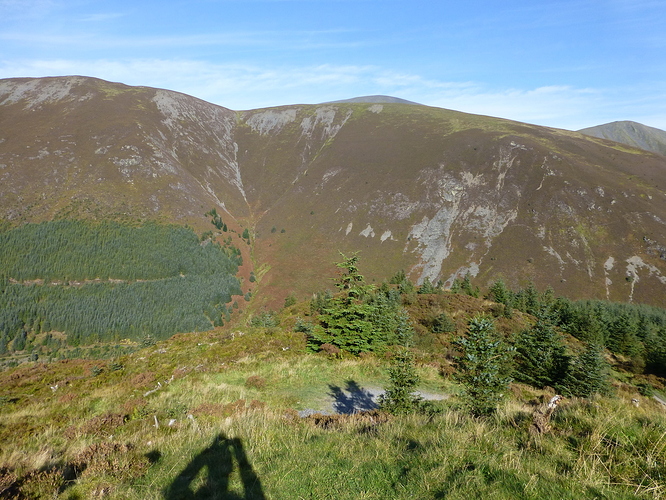 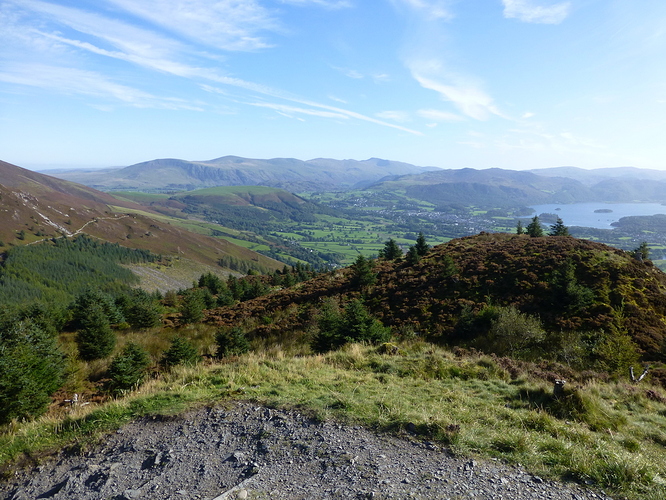 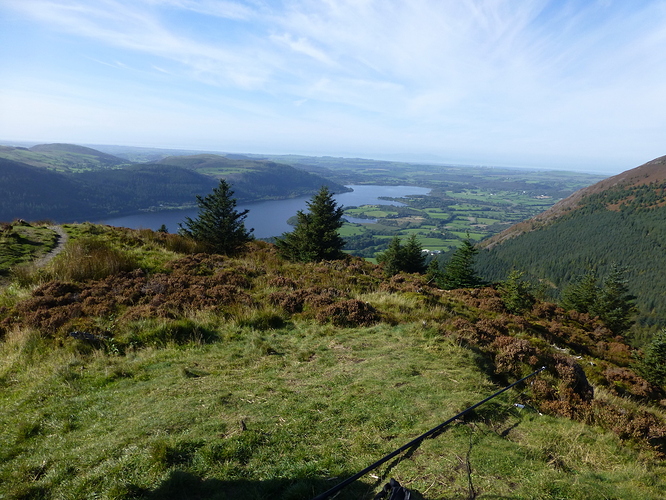 Well done this is a lovely route with fantastic views like you said…same route I took 2 weeks ago with similar weather conditions although I was in a t-shirt all day, good to work you on all summits and gave me the incentive to go portable and work you from s2s at the end of the day.
Your ft60 works well Geoff with good strong audio…fab photos good to see fellow hams portable set ups…

Great report thanks Geoff, and well done for all those contacts!

WRT: photos, Discourse takes a while to sort out access to the high-resolution images, so that might be what you found initially. I can see that they are now available.

The best way to get high resolution images is to drag them into the window from the original using windows explorer at the point you want them, but it can take anything up to 30 minutes for the full resolution images to become available when you click on the preview.

It was amazing weather over the weekend, glad I could get out if only to a modest summit on Sunday afternoon, the views from Cunswick Scar belying its’ modest height. I spent Saturday morning having a play with a new rig a SUNSDR2 Pro from Queen Adelaide Hill in the morning then finally put an X50N up at home so it was great to get you both in the log from home with Reg’s 59 report making drilling 7 150mm holes into solid slate 10 metres up a ladder worthwhile!

Pleased you both had a great day. Thanks for the suggested summit. Worked really well.

Good one, Geoff and Reg. I suspect you might have got the last day of ideal weather that we’ll see for a while. Glad I’m not the only one who has 2m antenna dramas. There’s a trade-off between: weight / bulk / ease of carrying; effectiveness (which me might consider to be gain); ease of erection and dismantling; and wind tolerance, which is linked to how the thing can be supported on a bare mountain top. I generally use an old SOTABeams ‘multi-function dipole’ for activations. This comprises four pieces of white plumbing overflow pipe to plug together. This is a reasonable compromise arrangement. I suspect a high J-pole would win for performance though. If I ever complete the 214 I’ll do some targetted activations using my old portable 9 element Yagi… Phil

I have had the FT-60 for nearly 15 years now and it has a very good front end as i dont really suffer any interference. Also the batterys seem to last ages. The proper ones are quite reasonably priced and i have a few. Also have an ft-270 which takes the same batterys and is weatherproof.

The SUNSDR2 looks interesting as it has a lan connection so you could operate it from a laptop in the garden if you wanted! I have an Icom 7300 which is SDR and for me it works well enough with my rubbish hf antennae! Big advantage with the SUNSDR2 is portable operation with the addition of 2m as well. Not sure of the power output though.

It was good to get you from home so your X50N is working well.

I was going to post a short video on discourse but it does not accept video. Is that a limitation or a security thing?

In the early days of WOTA i would carry a big range of aerials to try. I used to carry them in a fishermans rod case so it was quite awkward to carry along with a rucksack.

I only did that for a year or 2! However it is good to be able to deploy a simple aerial on a long roach pole because it does make a difference. The downside is you spend longer on the summit as you usually get more contacts! I was going to do C4FM but with the number of contacts we were getting it would have added more time to our stay on each summit. As it was we averaged about 30 minutes for each activation. If it had been very windy i would have stuck with my white stick ruclsack aerial.

Good to get you on one though.

Thanks for the contacts and also for doing Castle Crag. You certainly had an interesting walk up and walk down and the drive home! Hope the swim went well in Bass lake.

WRT: posting a video, there is a 64MB limit on file size, and there are authorized file extensions, generally images, not sure what posting a video would do, but it would probably exceed the file limit.

Are you able to upload it to youtube? That would be the obvious answer.

Geoff, the SunSDR2 puts out around 10-15 Watts on HF bands, around 8 Watts on 2m. Yes, you can operate it remotely, easily if on the same home network and the optional controller I have means you can even do cw with a key plugged into the controller with no lag.

With some server software it is even possible to operate the right across the internet.

I also bought an FDM Duo which is a cracking little box that operates as a rig in its own right, no pc required. It is advertised as a 5w rig but my one pits out nearly 10 Watts on all HF bands. The plan was to choose one or the other, however, the are both good in their own right!

Hoping to get the HF long wire home 80m antenna up tomorrow if the rain holds off for long enough!