Alex and I decided today’s weather report was good enough to attempt Dow Crag, via Walna Scar, with the possibility of taking in The Old Man of Coniston if conditions looked favourable and the feet could stand the hammering!

We parked in a pull-in before the Walna Scar car park, making the executive decision that the car park was probably at or close to capacity given the number of cars and pedestrians on the approach. We may have been able to squeeze in a space, as it happens, but the state of the ‘tarmac’ in the car park means you could end up quite easily with an expensive bill. The extra 1km walk seemed like a good compromise.

Since the lockdown has been lifted, and school has ended (such that it has this year) the Lake District has literally been bursting with people. The self-employed in the tourist industry will welcome this situation.

We started from the car park and followed Walna Scar road all the way to the top. It is very easy underfoot, and you gain altitude much more gradually than if approaching The Old Man from the more direct route. 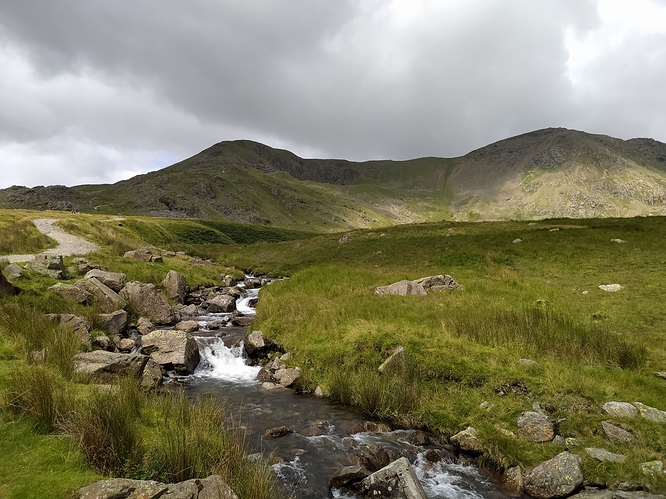 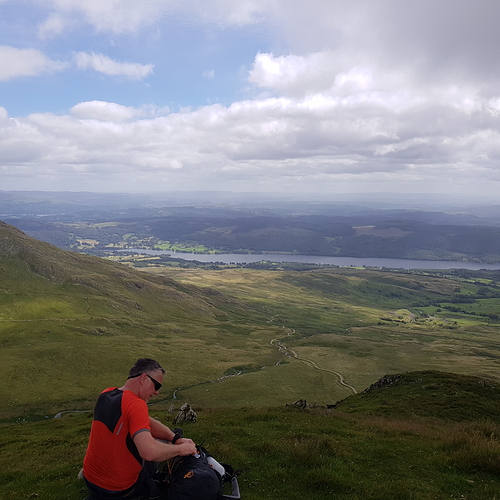 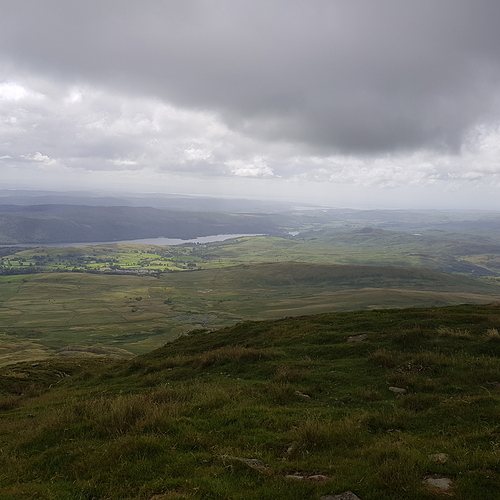 On Walna Scar LDO-001 you get a real feel for the length of Coniston Water. We sat slightly down the from the horseshoe, out of the biting Westerly wind. I was using the FT1XD with RH770 telescopic whip. 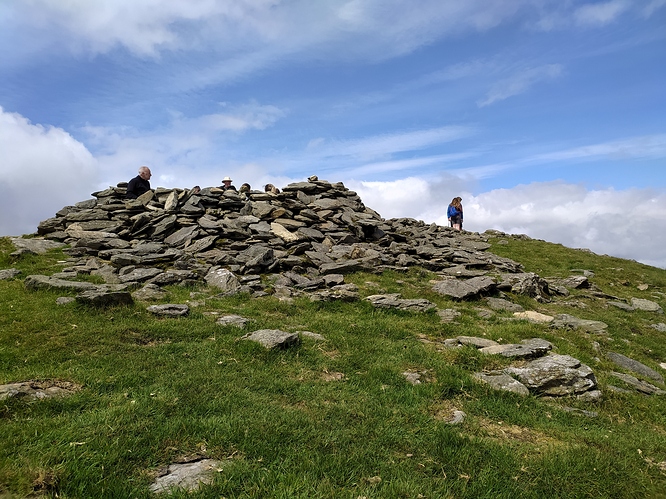 Having worked David and Sue, Brian MI0TGO/P called in on my frequency on SOTA summit GI/MM-015 Slievenalargy in Northern Island - great to get an NI station in the log this early on. Andy @G8CPZ was finishing up on his third WOTA of the Day, Top O’Selside - in clear view from our location and giving us both a well earned summit-to-summit. After a brief snack we braved the wind once again to walk the ridgeline to Dow Crag LDW-047. 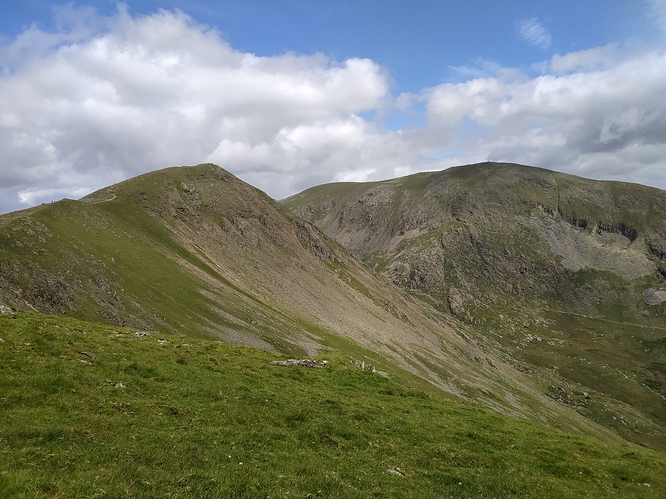 The original target for this activation, it was clear on the approach that HF was going to be out of the question given the 30mph winds (and just as importantly the effect of the windchill). There isn’t really anywhere you can set up HF and be out of the wind if it is westerly, except with the use of a tarpaulin or tent. 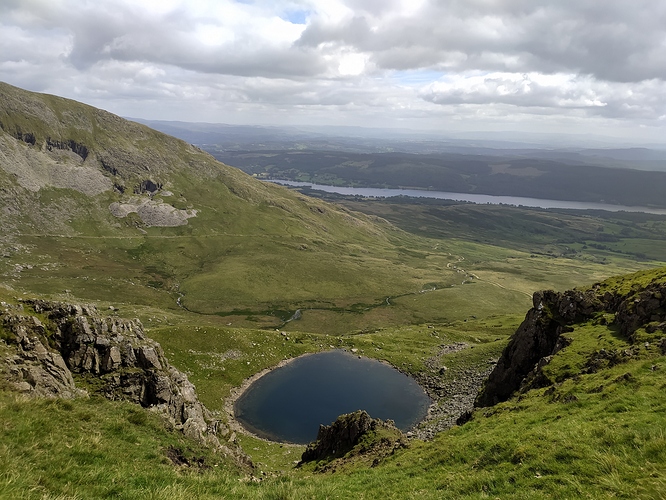 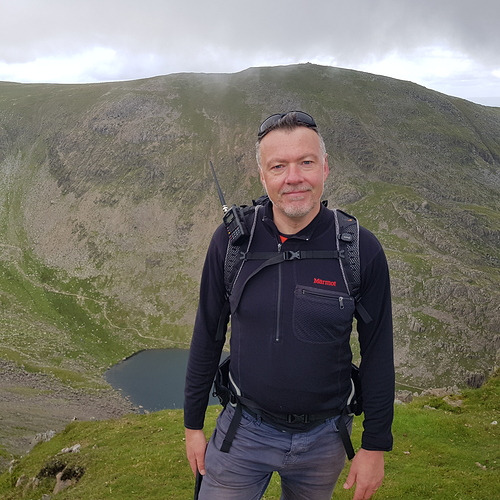 So we settled for another handheld VHF activation, just slipped out of the wind. Nick and Dave G4OOE/P and G3TQQ/P were on North Pennines SOTA summit G/NP-022 Calf Top and were 55 both ways. Alex and I had done that summit recently from Barbon, but they had approached from Dent. For us it was a hot muggy evening unrelenting slog, in contrast to my first activation which was straight up from the valley, a punishing 30 minute slog very much absurd to even attempt. I’d like to think I am older and wiser now!

Also of note among the portable contacts was a 59 both ways with G4TQC/P on Easington Fell G/SP-012, good distance for a 59 signal portable.
Got Derek 2E0MIX in the log from here, and was sure I heard him on The Old Man, but we didn’t manage a QSO from that location. 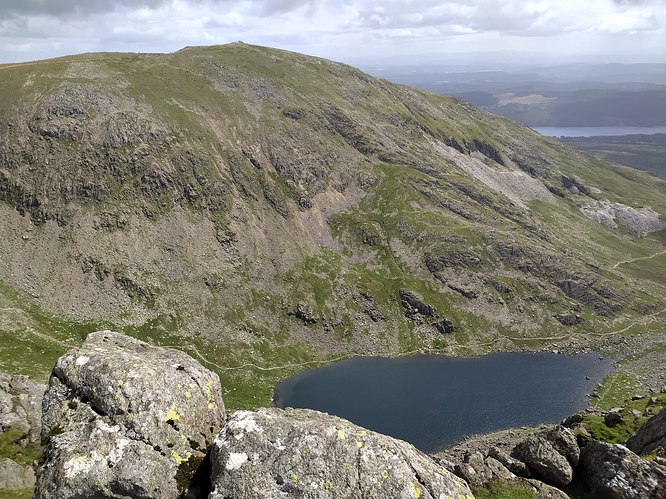 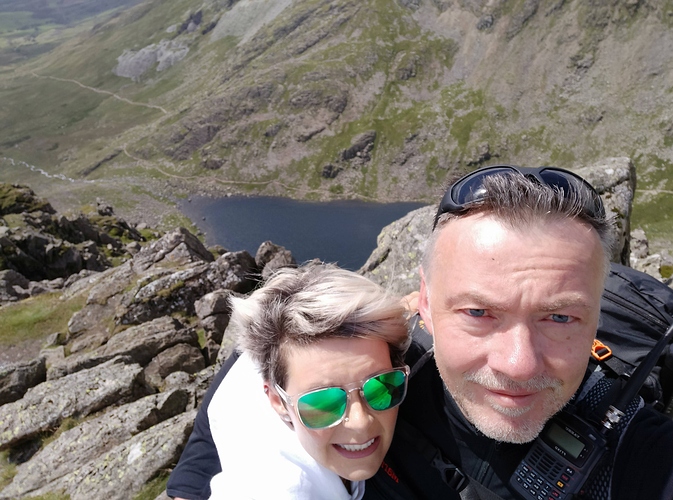 Having made the decision for this to be a circular walk taking in The Old Man we descended to Goats Hawse in worsening weather - the cloud base lowering so that we were now in the cloud and also precipitation. We had come well prepared with multiple layers and waterproof jackets so these were comically donned in the windy conditions and a wind-assisted ascent was made to The Old Man. 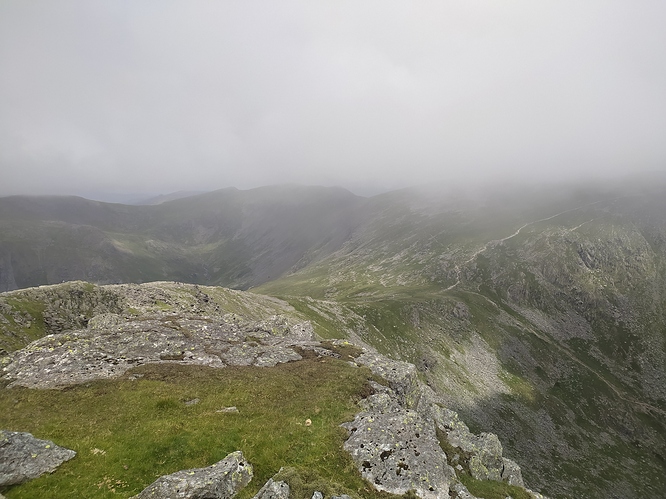 As we had seen on our round, it was heaving on this summit, most walkers opting for the direct route to the Old Man. 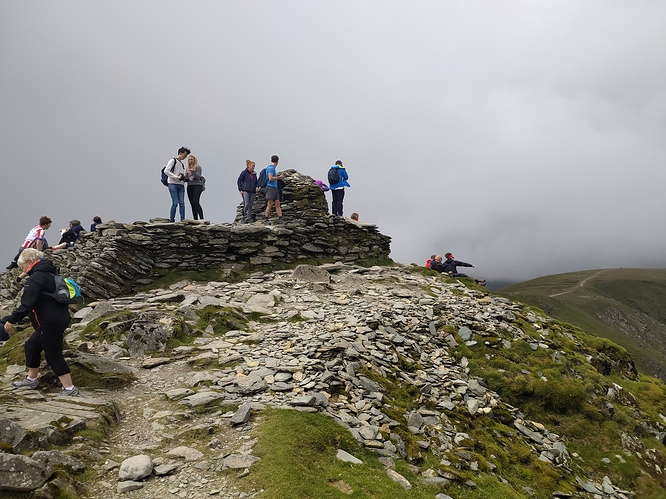 I didn’t think HF was appropriate in these conditions and the weather, although clearing, wasn’t really conducive. So the handheld was once again put into action. 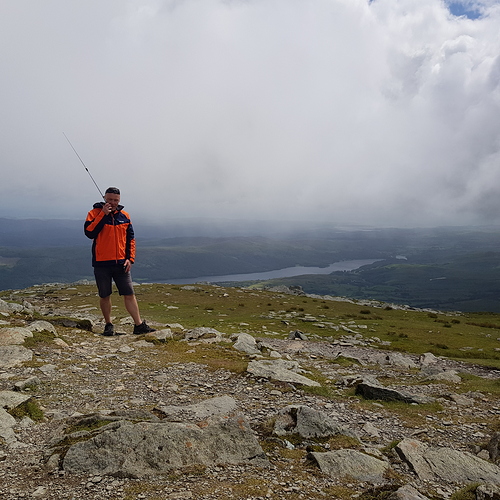 Two S2S were achieved here: GW4HQB/P was on SOTA GW/NW-007, Aran Fawddwy at a similar height of 905m with very good copy both ways, and my last contact of the day was with MW6KIO/P who had finally reached his HEMA summit of GW/HNW-040 Marial Gwyn

The descent was amidst the crowds, of varying preparedness! 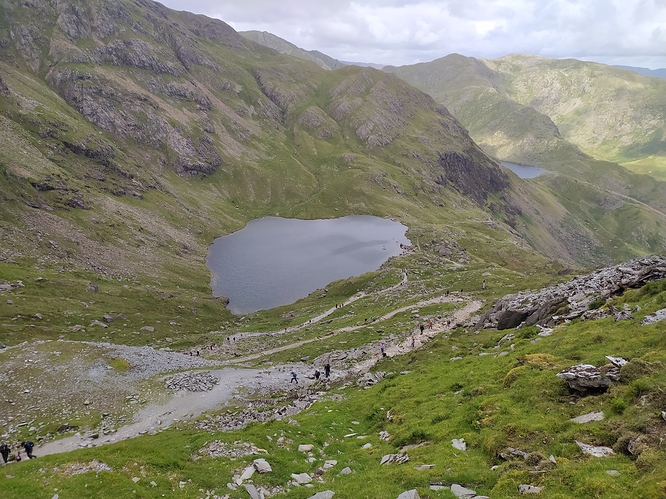 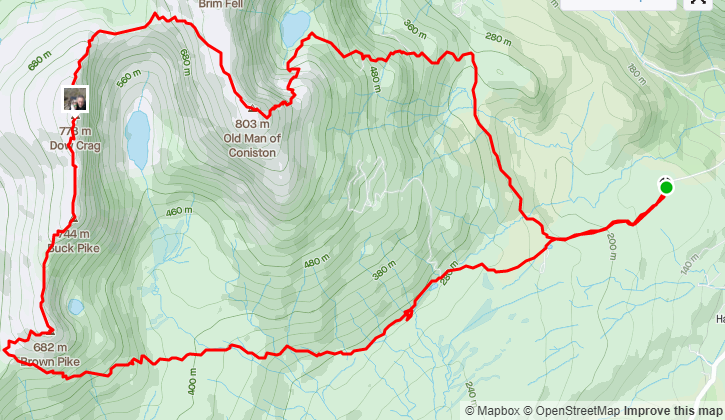 With Alex out this evening and myself between taxi duties with the kids I did find myself a spot away from the crowds (for the most part!) next to Lake Windermere at the Beech Hill car park - and with data and the CF-31 found a very pleasant spot towards the end of the day to do logging and the write up! 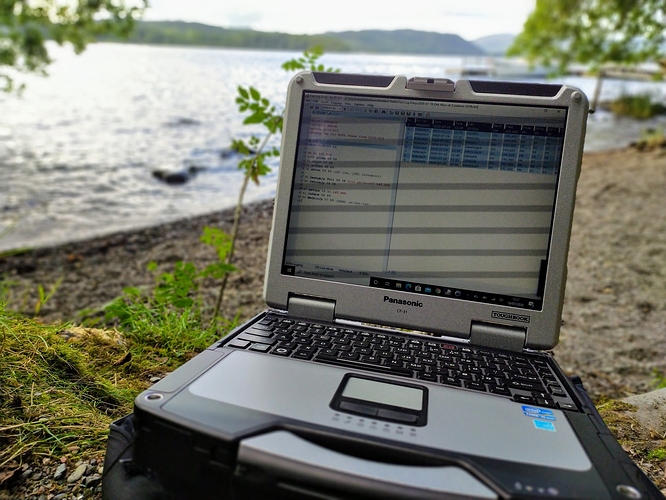 Great activation and photos Mark and well put together on this post…what did you take the photos with ?..another route I need to do in the the future

Hi Mike. Thanks for the comments. Photos are from a Redmi Note 8T Android phone. Currently on Amazon for £145. Great phone.