WOTA on an eBike

I have been contemplating a SOTA/WOTA activation on the eBike for a while. I had already done Arthur’s Pike and Loadpot Hill from home with the eBike and wondered what I could do a little further afield. My XYL was going to be busy all day on a paddleboard instructor assessment so I decided to go with her to Ullswater and see if I could get up into the hills and do a small activation.

I cycled from the Ullswater Yacht club using the bridleway to Patterdale, then on to Hartsop. The bridleway up to Hayeswater was mostly rideable with some section being very loose I had to push the bike due to no traction. From Hayeswater to the Knott it was mostly pushing due to the bogs and large boulders on the path, which isn’t easy due to the bike weighing 27kg.

Once on The Knott I got 9 contacts in 15 mins with some excellent reports from my Yaesu FT65 and extendible whip antenna, I had said that I would probably get across to High Street in 20-30 mins, which some people thought was a little too quick. Including packing up, cycling and setting up on High Street it took 24 mins.10 contacts in 10 mins including two S2S. I stopped for a bite to eat then headed down to Rampsgill Head, this took 30 mins, but with a little pushing over to the summit and food I thought it was a good time. Only 4 contacts in 3 mins but due to the time getting on and another 2 summits to activate I didn’t hang around for long. I headed across to Kidsty Pike 10 minutes to get between the summits, 8 contacts in 17 mins with a few S2S but not Wainwrights. On to my final summit of High Raise, Martindale. 9 contacts in 21 minutes and some excellent reports again.

I had a choice of routes home and decided to head over Wether Hill (but not activate due to the time) and not go over Loadpot due to the battery looking quite low. When I left High Raise, my battery said I had 3 miles of charge left and with 10 miles to get home I thought I needed to be a little economical. About 2 miles from home while heading up hill the battery dropped to 0 miles range and stopped giving any assistance. I continued to ride but very slowly home.

28 miles / 45 km and 1545m of ascent it was an excellent but tiring day in the hills. I’m not sure if I will be able to do many other WOTA/SOTA summits due to footpaths and battery life.

Thank you to all the chasers. Pictures below from all the summits. 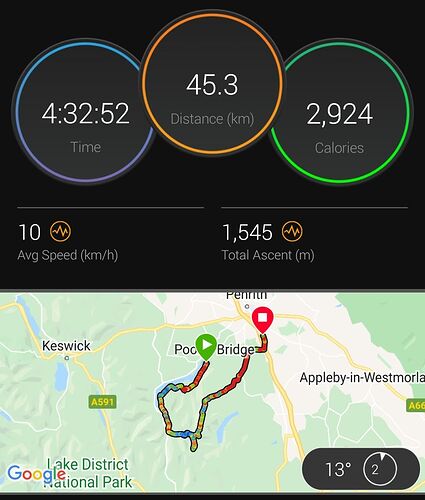 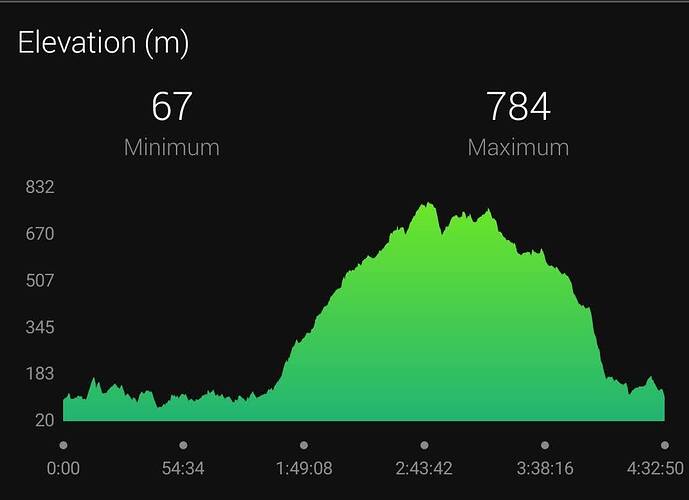 Andrew. That’s a really interesting report. I don’t think we see many (any?) bike WOTA activation reports. I guess many fells aren’t too bike friendly. However, you got to cover a lot of ground on the day even if the last 2 miles must have been hard going. Also interesting to read about your international adventures on your blog. Good luck finding some more bike-WOTA routes. 73, Phil

There’s a sort of route to Knott. The route technically stops before the summit but does take in a couple of summits and has access to skiddaw but it isn’t a bridleway all the way so you’ll need to magic your bike part of the way.

Similar for skiddaw itself unless you want an out and back. Black coombe also has routes

Its a shame that there aren’t more bridleways or at least connected routes or ones that just stop for no reason. Also many of the bridleways are barely accessible on foot.

Yes, very interesting and thanks for taking the time to write a report.

As an ex-road and mountain biker I’m keen to see what the benefits and limitations are.